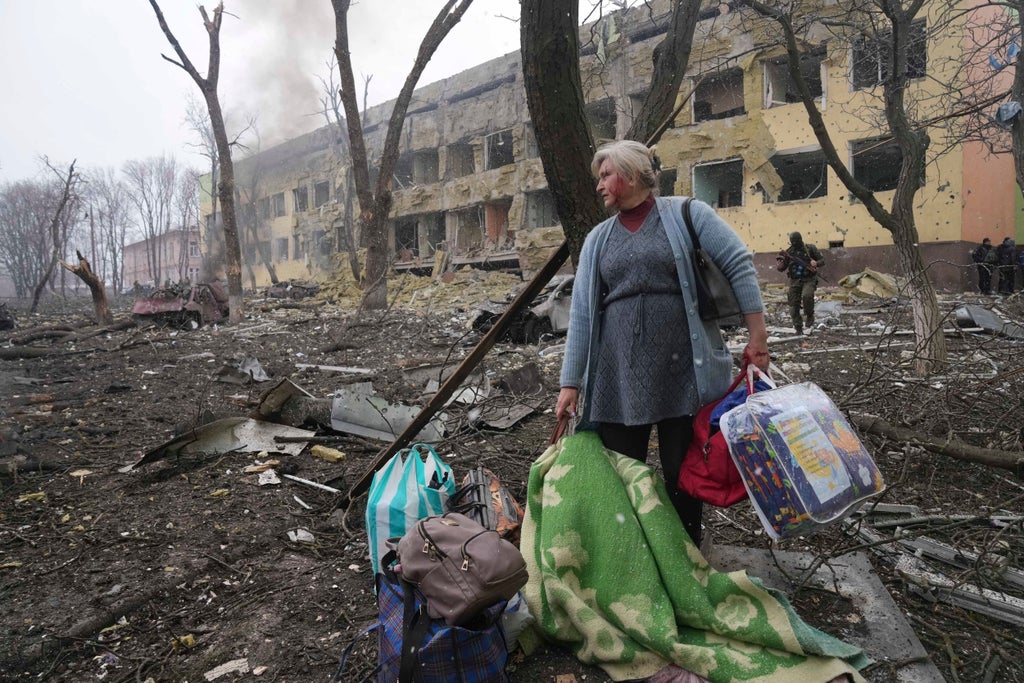 The “despicable” bombing of a maternity hospital in Ukraine is a war crime committed by Russian troops, the UK’s armed forces minister has said.

Ukrainian President Volodymyr Zelensky said the strike in Mariupol was part of a “genocide” on his people.

Three people, including a child, were killed in the attack, according to the besieged city’s council.

Defense minister James Heappey told BBC Radio 4’s Today program that UK intelligence believes the strike came from artillery rather than the air, but that Britain is “still looking at exactly (what happened)”.

The Army veteran said that, even if Russian troops did not deliberately target the medical complex, the attack – which Prime Minister Boris Johnson has described as “depraved” – still amounts to a war crime.

Mr Heappey told BBC Breakfast: “We ask ourselves the question how did this happen? Was it an indiscriminate use of artillery or missiles into a built-up area, or was a hospital explicitly targeted?

“Both are equally despicable, both, as the Ukrainians have pointed out, would amount to a war crime.”

Pressed on whether he thinks the attack constitutes a war crime, he replied: “Yes, if you deliberately target a piece of civilian infrastructure like a hospital, yes.

“If you use indiscriminate artillery into an urban area without due regard for reality, you could hit a protected site like a hospital, then that too, in my view, is.”

During a call with Mr Zelensky on Wednesday evening, Downing Street said the Prime Minister pointed out that the Mariupol bombing “was yet further evidence” that Russian President Vladimir Putin was “acting with careless disregard for international humanitarian law”.

As the fighting entered a 15th day in Ukraine, the Ministry of Defense (MoD) said Russia had confirmed the use of thermobaric rockets – often called vacuum bombs – on its neighbour.

Thermobaric weapons, which suck in oxygen to generate a powerful explosion, are not illegal but their use is strictly regulated, MoD said.

There are also fears among the West that Moscow could deploy chemical weapons as it looks to ground down Ukrainian resistance.

White House press secretary Jen Psaki said the world should be “on the lookout” for the Russian use of chemical and biological weaponry.

She said “Russia’s false claims” about alleged US biological weapons labs and chemical weapons development in Ukraine could be an “obvious ploy” by the Kremlin to try to “justify its further premeditated, unprovoked, and unjustified attack on Ukraine”.

UK minister Mr Heappey warned Mr Putin that the use of chemical weapons had “triggered an international response” in the past.

He told Today their deployment was the “most despicable thing that anybody can imagine” and that the scenes being witnessed in Mariupol would be “nothing by comparison to the suffering and devastation that chemical weapons cause”.

His comments come with talks set to take place between Moscow and Kyiv foreign ministers in Turkey in what will be the highest-level discussions since the assault started last month.