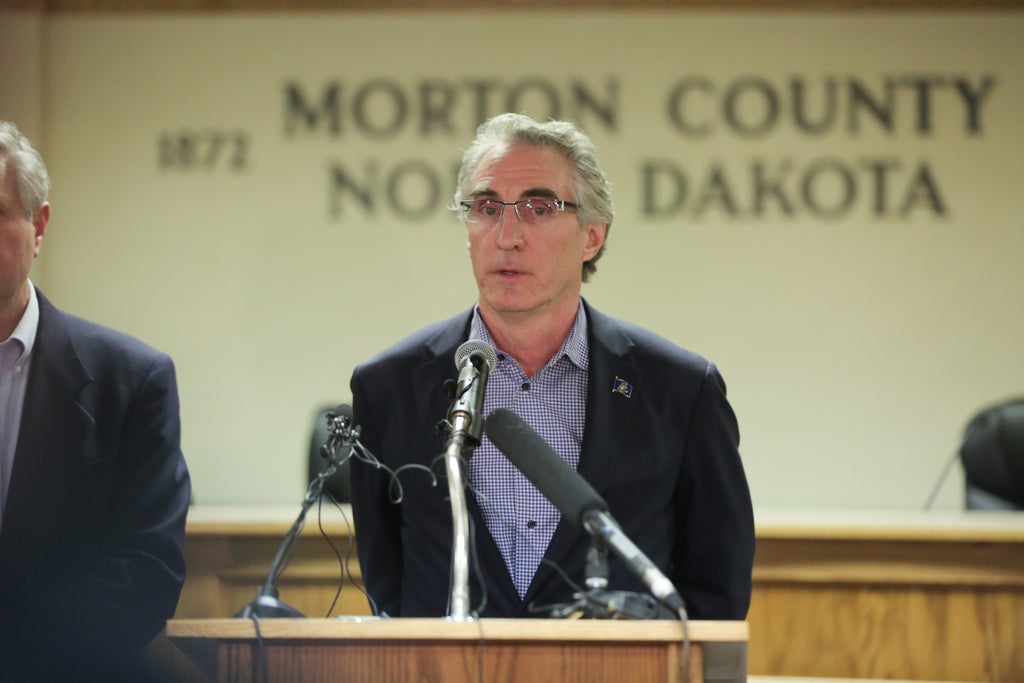 The lawsuit filed in US District Court earlier this month alleges that the map – approved by the state’s Republican-dominated legislature and signed into law by GOP Governor Doug Burgum last fall – “guarantees voters living on these two tribal reservations face a no-win scenario before each election even begins”, according to plaintiff Zachery S King with the Turtle Mountain Band of Chippewa Indians.

The Turtle Mountain Band and Spirit Lake Tribe allege that the map violates the Voting Rights Act by packing Native voters into just one House subdistrict, while putting “nearby Native American voters into two other districts dominated by white voters who bloc vote against Native Americans’ preferred candidates”, according to the lawsuit.

To comply with the Voting Rights Act, the map would need to place two tribes into a single district, where they would “comprise an effective, geographically compact majority”, the lawsuit argues. “Such a plan can be drawn, is legally required, and would provide those Native American voters the opportunity to elect their preferred candidates to both at-large state house seats and the state senate.”

The lawsuit is among a sweep of legal challenges in several states during a contentious redistricting cycle, the once-a-decade process of redrafting the nation’s political boundaries based on US Census results.

It is also among the first to be filed on behalf of Indigenous groups.

At least 50 cases have been filed challenging congressional and legislative maps in 19 states as racially discriminatory or partisan gerrymanders, according to the Brennan Center for Justice.

Indigenous groups have faced decades of disenfranchisement and voter suppression both before and long after passage of the Snyder Act of 1924, which granted Indigenous people full US citizenship.

According to the National Congress of American Indians, voter turn out among Native Americans is among the lowest in the country, with 34 per cent of eligible Indigenous people not registered to vote.

North Dakota’s secretary of state agreed to settle two federal voting rights lawsuits challenging the law in 2020, and Spirit Lake Nation and Standing Rock Sioux Tribe filed a binding agreement with the state to block it.

The state is home to five federally recognized tribes, several of which support the new map after requesting that they remain within one subdistrict.

Plaintiffs challenging the map argue that it “silences Native American voters on every issue, lowers the chance Native voters could elect a candidate they feel best represents their community, and prevents communities in these splintered districts from receiving a fair share of public resources,” according to the lawsuit.

“In a process that is supposed to produce election boundaries that fairly and accurately reflect North Dakota’s population, the state instead approved a map designed to stifle Native American votes,” said Wes Davis, who is among the plaintiffs and chairs the organization North Dakota Native Vote.

The deadline for North Dakota Secretary of State Al Jaeger to respond to the challenge is 15 April.

Mr Jaeger’s office awning The Independent that it does not comment on pending litigation, and that the state’s case will be presented in the briefs filed with the court.