Celtic main shareholder Dermot Desmond doesn’t do many interviews, but he’s now provided one of his most open yet.

The Parkhead chief is rarely seen in Glasgow but has sat down to discuss a wide array of topics concerning this season and last.

A disastrous bid for 10 Premiership titles in succession is explained along with the controversial pursuit of Eddie Howe, which ultimately led to Ange Postecoglou’s arrival as boss.

An Irish billionaire usually absent from club AGM’s, Desmond goes into detail about his own future at the club and how transfers have and will continue to be handled going forward.

There’s a vow of financial security and such of a coup thrown in for good measure as Celtic approach a crucial juncture in their season, aiming to reclaim the league title while also eyeing up Scottish Cup glory.

Gerry McCulloch: Can I ask you about your future? There has been speculation that your shareholding may be up for sale, that there are interested parties looking to buy them – would you like to comment on that and set the record straight?

Desmond: “I’m very glad to do so. Nobody has ever approached me about buying shares from me, that’s in the last 27 years or so.

“I have no intention of selling any shares, not now or in the future, even if somebody offers me a price three or four times the current share price, I’m not selling.

“I’ve been privileged and honored to be able to be a shareholder of a club I supported as a youth and I’ve been a fan for well over 50 years.

“Therefore I’ll continue to be a fan and shareholder and hopefully contribute to the continued development of the club.”

McCulloch: Is that answer perhaps indicative of the passion that not just you, but your family have for the club?

Desmond: “All of my children are really passionate about Celtic. They’ve got that from me.

“It’s ingrained in them, their love for Celtic. My son Ross, he’s more passionate than me when he’s watching a match.

“Just keep every piece of furniture out of his way when Celtic are playing. But I would hope that they will take over the mantle from me and carry the baton forward.”

McCulloch: The club has moved on from last season’s challenges and disappointments. There’s a positive feeling around the place now but what did we learn as a club through that period?

Desmond: “As a club we’re continuously learning, we’re continually trying to improve every aspect of the club. Our facilities, structure and personnel, that’s a given every year.

“If we look at last year and analyze last year. Let’s look at it cold, let’s look at the facts. First of all, we wanted to retain all our squad to win 10 in a row – that we did.

“We wanted to retain the players we had on loan, Elyounoussi and Forster from Southampton.

“We agreed terms that both could come, both players wanted to come, those deals would be consummated but unfortunately at the last minute Fraser Forster decided to stay at Southampton.

“In the interim we’d let Craig Gordon go and that was the start of the challenges we faced from the previous year. We were in need of a goalkeeper to replace both Fraser Forster and Craig Gordon. We did that.

“We also recruited other players so that in every position we had cover. We got Shane Duffy at cover for centre-back and we did that throughout the whole squad.

“There were mistakes made, maybe in selection, mistakes made that were Covid related, mistakes made by players going on trips. Again it wasn’t from the lack of having the squad or dedicated manager or coaches to resolve the issues.

“You may say we should’ve got rid of the manager earlier on. This is a manager who was an outstanding player for Celtic, who won the league in his own right during the first period as manager.

“That won basically two Trebles and also that everybody endorsed the view that Celtic were favorites to win the league.

“All the pundits and commentators and, indeed, the betting companies had us odds-on favourites. Unfortunately that didn’t happen.

“We wanted to show loyalty to Lenny and give him the opportunity to turn things around. Unfortunately that didn’t happen and that was history, so you deal with that, you say to yourself, ‘What can we do about it?’

“The only thing we could do about that then is you always build everything from the top down. 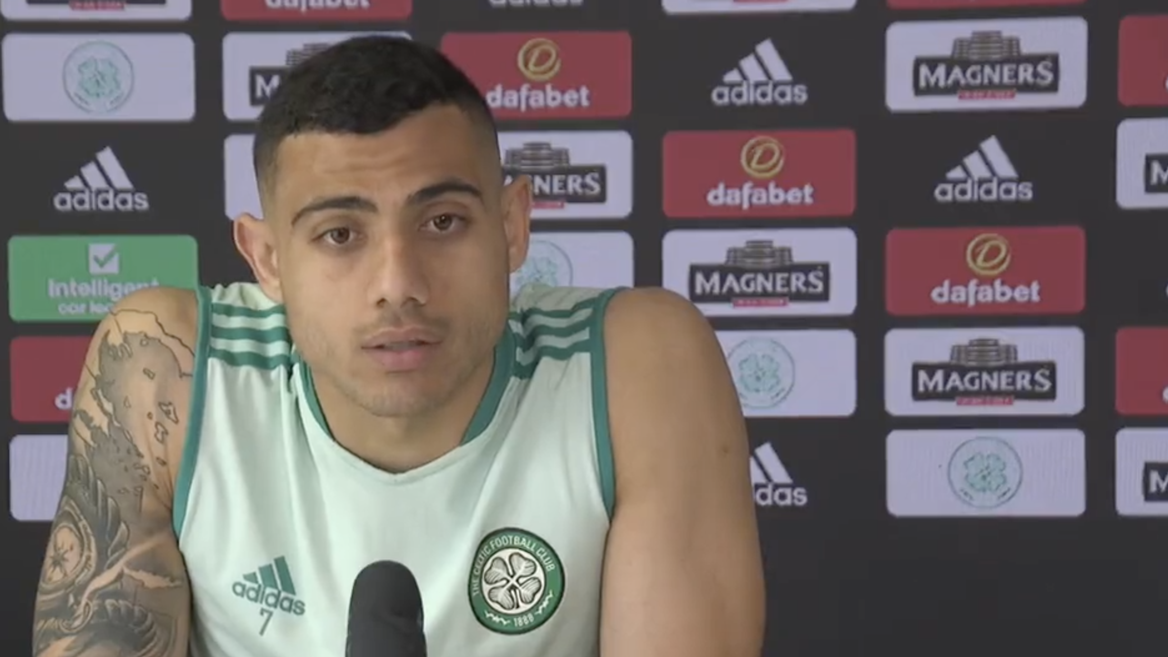 McCulloch: In terms of recruiting a new manager, there’s always an element of risk in a situation like that – there were some, many who were skeptical when it became clear that Ange Postecoglou was the man you wanted. It’s fair to say those skeptics have now all been silenced. Can you take us back to the recruitment process and what led to Ange becoming Celtic manager?

DD: “I think to provide a bit of history on how managers have been recruited since 2000… in 2000 we had a little bit of a coup at Celtic.

“That wasn’t public but we had a coup at Celtic. This was formed by Brian Quinn, Patrick Sheehy, and myself. We were unhappy with the progress we were making at Celtic. So what we decided was that we needed a new chairman .

“We needed a new chief executive, who was identified as Peter Lawwell. He came a little bit afterwards. Then I went about looking for a manager. I brought Martin O’Neill to the table.

“What Peter and I do is we put five names on a list that we feel could be good managers of Celtic. We’ve always had a list of five and interviewed five.

“In this case we had a list of five, Ange was on the list. I had no idea who Ange was, I couldn’t pronounce his name. Peter was insistent he was a person we should put on the list. He had a great record.

“We pursued another manager which is public. He was excellent to deal with, a person with integrity and ability, I couldn’t say enough good things about him but unfortunately for personal reasons he couldn’t go on with the position.

“I got that phone call at 12.30 on a Thursday and I made arrangements to speak to Ange at 5pm UK time, he was in Japan, to speak with him the next morning.

“In between that I had looked up and researched quite a bit about Ange and what he’d achieved, what his type of personality is.

“I’d watched that Craig Foster interview several times that he gave which showed he was a man of determination, integrity, passion, individualism.

“He was a leader so I was pleased to interview Ange. I got a good lot of background to Ange as well. I spoke to Ange about 5pm and had a long conversation with him. I had no doubt he was the person for Celtic in every way.

“He was the only person ever not to ask, ‘What is my budget? Can I bring X, Y and Z?’ He said he’d evaluate everything when he got there.

“I said to him Celtic is more than a club and it can’t be a mercenary role to take the money and use it as a stepping stone, passing on, being something that you’re going to use Celtic as your career development rather than Celtic is the club you want to intimately pursue and manage.

McCulloch: The rest is history as they say, but how have you enjoyed watching an Ange Postecoglou Celtic team, and the style that has been developed?

Desmond: “Even when we lost a number of matches at the start of the season, I was absolutely convinced that we were on the right track.

“Part of his duty and function in managing the football team is to make the fans appreciate the style of football.

“Just to clarify the position – it came up in a number of times in misinformed press reports and other comments about recruiting players – in the last 20 odd years, the manager of the club decides what players to take in, not the board, not anybody else.

See also  Wole Soyinka: "Both Christianity and Islam have a pernicious influence" | Culture

“Searches provide information to the manager, the manager then makes a decision, maybe in conjunction with his coaching staff.

“It’s not the board that decides yes or no. What the board does do, it will set out the budget of what we can afford, so that we are going to be prudent, financially prudent, in the way we run the club.

“We do not want the club to get in a financial state, where the club goes into liquidation and there is going to be a new Celtic.

“We want our history to be continuous, not to be curtailed through financial mismanagement.”

McCulloch: Looking ahead, what are the next steps for the club? Do you see a bright future for Celtic both domestically and also in a European context?

DD: “Any business I’m involved in we always build from the top down. So if you look at where Celtic is at the present time, we’ve got a wonderful board, who are all Celtic supporters, people of diverse accomplishments but all passionate Celtic supporters.

“They understand the developing strategies that we have and they are totally committed and trustworthy, and people we can be extremely proud of running Celtic.

“But I think we should acknowledge the work of Peter Lawwell. Peter has been instrumental in carrying out that work. He is the one that recruited Michael Nicholson, recruited Chris McKay, he’s the person that developed Lennoxtown.

“People should know this, he was offered three times the salary by English Premier clubs but his commitment and love of Celtic made him stay at Celtic. I want to put on record the value of the job he did.

“So with the board, with a manager in Ange Postecoglou, a management team led by Michael Nicholson, I think it’s bright.