A MASSIVE solar array on the roofs of a Denbighshire egg farm is keeping 30,000 hens happy and laying as energy prices soar.

Bruce and Catrin Jones had made a major investment on renewable energy at Braich yr Alarch, near Clawddnewydd, only to see rapidly rising energy bills threaten the business.

The answer was further investment in 284 solar PV panels installed by Vale of Clwyd green energy company Hafod Renewables, based at Tremeirchion near St Asaph. 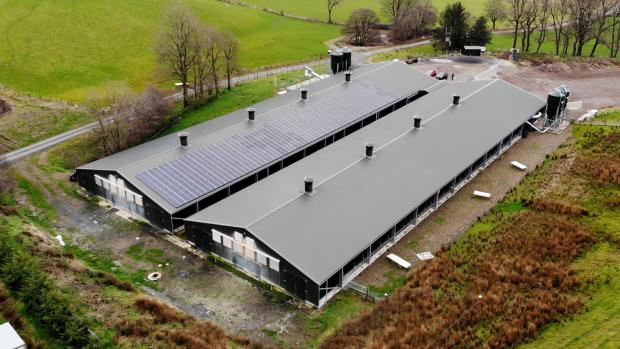 One solar installation on the Jones farm. Picture: Steve Rawlins

This was in order to keep their hens in ideal 20C conditions even when winter temperatures plunge below zero at the farm, which is almost 1,000 feet up on the edge of Mynydd Hiraethog.

Hafod Managing Director David Jones said: “We are used to doing jobs of this size but there is certainly more demand at the moment because of the way prices are rising.

“It’s affecting the domestic market as well but at least there consumers have the price cap – there’s no such protection for businesses and so we’re seeing lots more interest.

“That’s especially true of businesses whose current deals are running out – they generally go for three-year fixed deals and if their deal is expiring sometime soon then they will be facing massive rate increases.”

The team from Hafod Renewables braved a cold, wet December to install the new system at Braich yr Alarch in two weeks over Christmas so that it was up and running on January 1 and capable of providing up to 70 per cent of the farm’s power.

See also  'They should have come and checked the baby out': Inquest hears of doctors delays in seeing tragic premature baby who later died 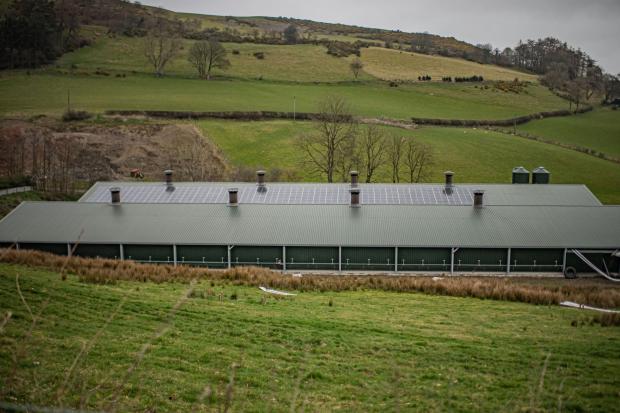 Solar installations are giving the hens the calm they need. Picture: Steve Rawlins

Bruce Jones said: “We didn’t consider solar when we set up the business and were paying 11.2pa unit for our electricity but now that it’s costing more than twice that it is helping us massively.

“Especially as other prices are going up as well – we use 216 tons of feed a month and that has just gone up by £40 a ton – and at the same time the price we get for eggs hasn’t changed.

“But the new solar system has cost us £80,000 and has been running for a few weeks but it will pay for itself in four years and it’s guaranteed for 25.”

The couple estimate their hens produce over 21 million eggs a year, all bought by Chorley-based Staveleys Eggs who supply most of the UK’s major supermarkets.

The Braich installation will generate more than 100,000 kilowatt hours of electricity a year, enough to power 25 homes, and is one of more than 100 farms Hafod have installed systems at across North and Mid Wales as well as in Cheshire, Shropshire and Staffordshire.

David Jones, who founded the business with his late father Richard in 2010, said: “The rate for businesses like this is now 25p per kilowatt but the way the electricity suppliers are talking now the next three-year deals will be at 35p.

“That’s why we are seeing a lot of interest from businesses and places like farms and many factories have large roof areas ideal for solar panels and the panels themselves are now much more efficient so you get more power per panel.

“Many businesses have seen their energy costs double in the last six months and they’re likely to rise again soon but after Braich have paid for this they’ll be looking at over 20 years of generating their own free power.

“It’s very well suited to poultry farming because they use a lot of power in the warmer months as well because when you’ve got over thousands of hens generating heat you need to cool the hen houses down to 20C.” 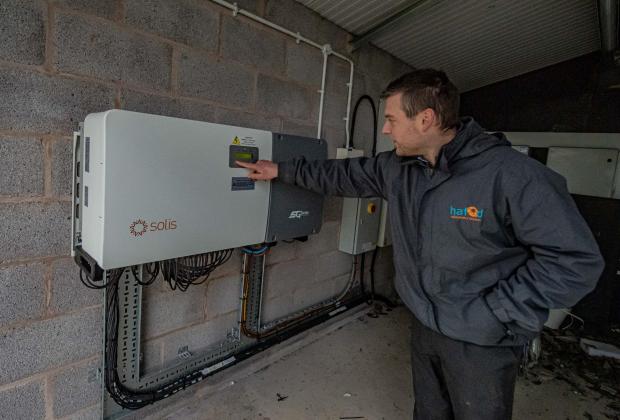 Hafod, who have been voted Wales’s Renewable Energy Installer of the Year three times, expect the boom to continue and to extend to commercial property, a progression they are ideally placed to meet having moved to a larger premises at Tremeirchion from Denbigh three years ago.

Their new headquarters is entirely powered by renewable energy, with solar panels and air-source systems, and has a zero-carbon footprint along with electrical-charging points for vehicles – they plan to switch their vans to electric when that becomes practical.

They have also taken on four extra staff and two vehicles in the past 12 months and set up a team in Gwynedd.

For more on Hafod Renewables go to https://www.hafodrenewables.co.uk/.