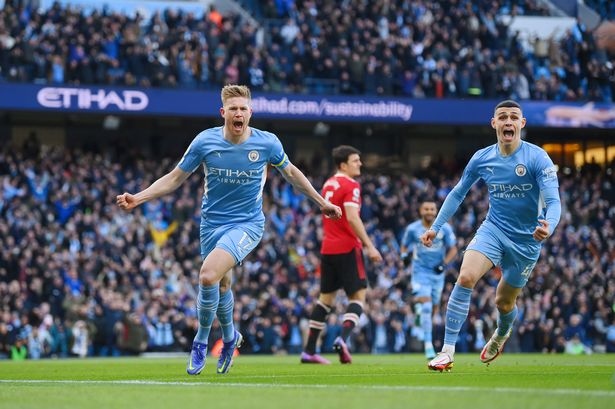 A note of caution emerged from inside Manchester City after the club posted record revenues back in January for the 2020/21 season.

It was still a remarkable effort to increase the amount of money coming in at a time when gate receipts were basically non-existent, but it had to be seen in the context not just of unprecedented European success (leading to additional broadcast and participation money) but also the pandemic. Its impact on football requires a look back at the last two financial years together for a clearer picture.

After assessing that two-year period, and accounting for the return to normal matchday revenues this season, City insiders were still confident they could do well but were less sure they could keep ahead of neighbors United for a second time. With United comfortably generating more income from Old Trafford than City do from the Etihad, and a major shirt sponsorship deal also kicking in, City’s financial lead over United may be shortlived.

However, accountancy firm Deloitte think that may not be the case. City have topped their annual Money League for the first time this year, beating not just United and the rest of the Premier League but also European giants Real Madrid, Bayern Munich and Barcelona (in second, third, and fourth place respectively).

Noting the impact of Covid and ‘accounting methods and timing differences’ with how clubs reported their figures, the Money League has also assessed the average revenue created over a two-year period. And despite United taking in more than double the matchday revenue, City still come out on top – fourth overall and the best-performing English club.

See also  Madrid: A day in the mountain village of Cercedilla and its surroundings | The traveler

That analysis has prompted the authors of the report to suggest, contrary to expectations at the Etihad, that City overtaking United in revenue could well stretch beyond the last financial year. “This period saw City generate greater commercial revenue than that of its cross-city rivals, possibly signaling a long feted ‘changing of the guard’ in terms of the revenue generating ability of top Premier League clubs,” the report read.

City have struck up a number of new commercial partnerships in recent months as they look to continue their commercial growth. They include a new Official Hotel Partner, as well as further moves into new revenue opportunities with an Official Cryptocurrency Exchange partner.

The Blues will also hope that on-field success can benefit them again. While United hopes of winning a trophy have been ended for a fifth consecutive year, Guardiola’s side are still in with a chance of winning three trophies this season with just two months remaining.

In addition to extra TV and prize money, City could also trigger extra payments from some partners if they are able to win any trophies this season.