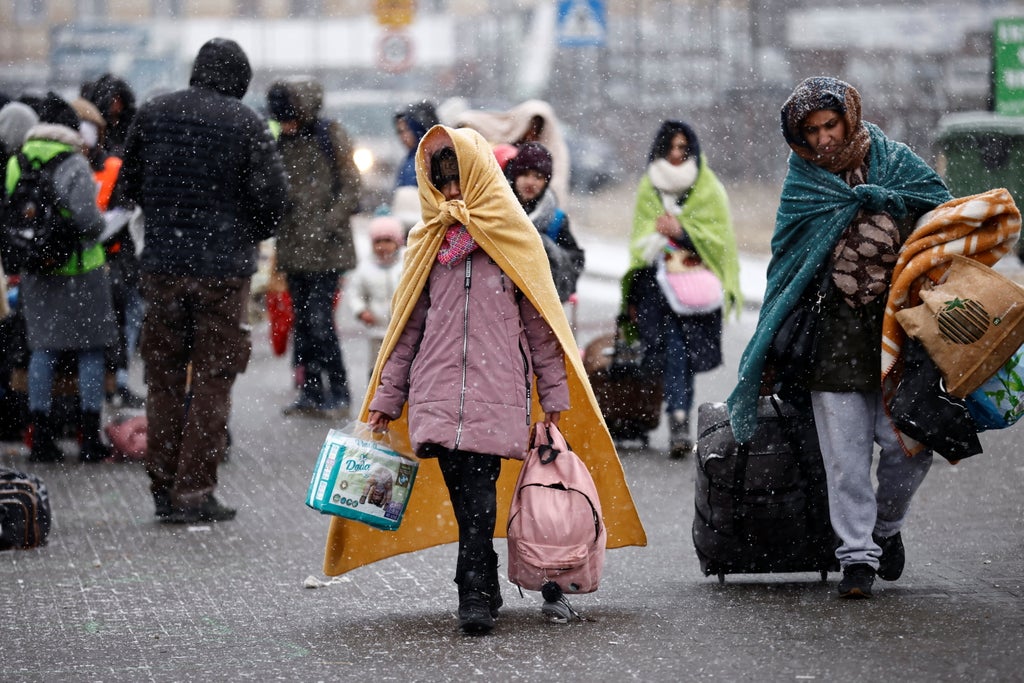 The defense secretary has urged British volunteers not to fight in Ukraine, one day after Liz Truss welcomed them joining the “struggle” against Russia’s invasion.

Ben Wallace said only trained military personnel would be of use in the fighting – and that Foreign Office advice to Britons is not to “put yourselves in harm’s way” by making the journey.

“Unless you are properly trained, unless you are an experienced member of the armed forces, there are better ways for you to contribute to the security of Ukraine,” he said.

Mr Wallace also hinted at a U-turn on the UK’s strongly criticized decision to deny asylum to refugees fleeing Ukraine, unless they are the spouses, civil partners or children of British residents.

In contrast, the EU – which says it is expecting 7 million people to flee the war – has said it will accept refugees for up to three years without the need for asylum applications.

Calling the UK’s move “a first step”, the defense secretary noted the “change” in Brussels’ stance and told SkyNews: “We will reflect on that and make decisions in the near future.”

Mr Wallace also argued the invasion is still in “some disarray”, with Russia’s forces still behind schedule 20km north of Kyiv, although they were making better progress in the south.

“They are behind schedule, they are taking significant casualties and they are feeling public rejection in parts of the Russian system itself – we’ve seen many protests,” he told BBC Breakfast.

However, Mr Wallace warned: “The Russian handbook is to then get more violent and commit more forces because, fundamentally in the Russian doctrine, the lives of their own soldiers matter much less than in other armed forces.

“So we have to brace ourselves for what may come next, which could be ruthless, indiscriminate bombing of cities and propelling forward of soldiers and high casualty levels, and that’s going to be horrific.”

He also urged Britons not to be “unduly alarmed” by Vladimir Putin putting his nuclear forces on high alert, which he called a “big attempt to distract” from the setbacks which have hit the Kremlin’s invasion.

Ms Truss raised eyebrows when, on Sunday she responded to an appeal by Dmytro Kuleba, Ukraine’s foreign minister, for foreigners to join an International Legion of Territorial Defense of Ukraine.

Asked if she supported the call, the foreign secretary replied: “I do support that. Of course that is something that people can make their own decisions about.

She added: “Absolutely if people want to support that struggle, I would support them doing that.”

But the comments were ridiculed by Tobias Ellwood, the Tory chair of the Commons defense committee, who tweeted: “We say NO to tasking the NATO alliance – but now endorse UK civilians, with no military training, to go and fight in Ukraine!

“Please do NOT go if you have no combat experience. You may get yourself and others who have to look after you, killed.”