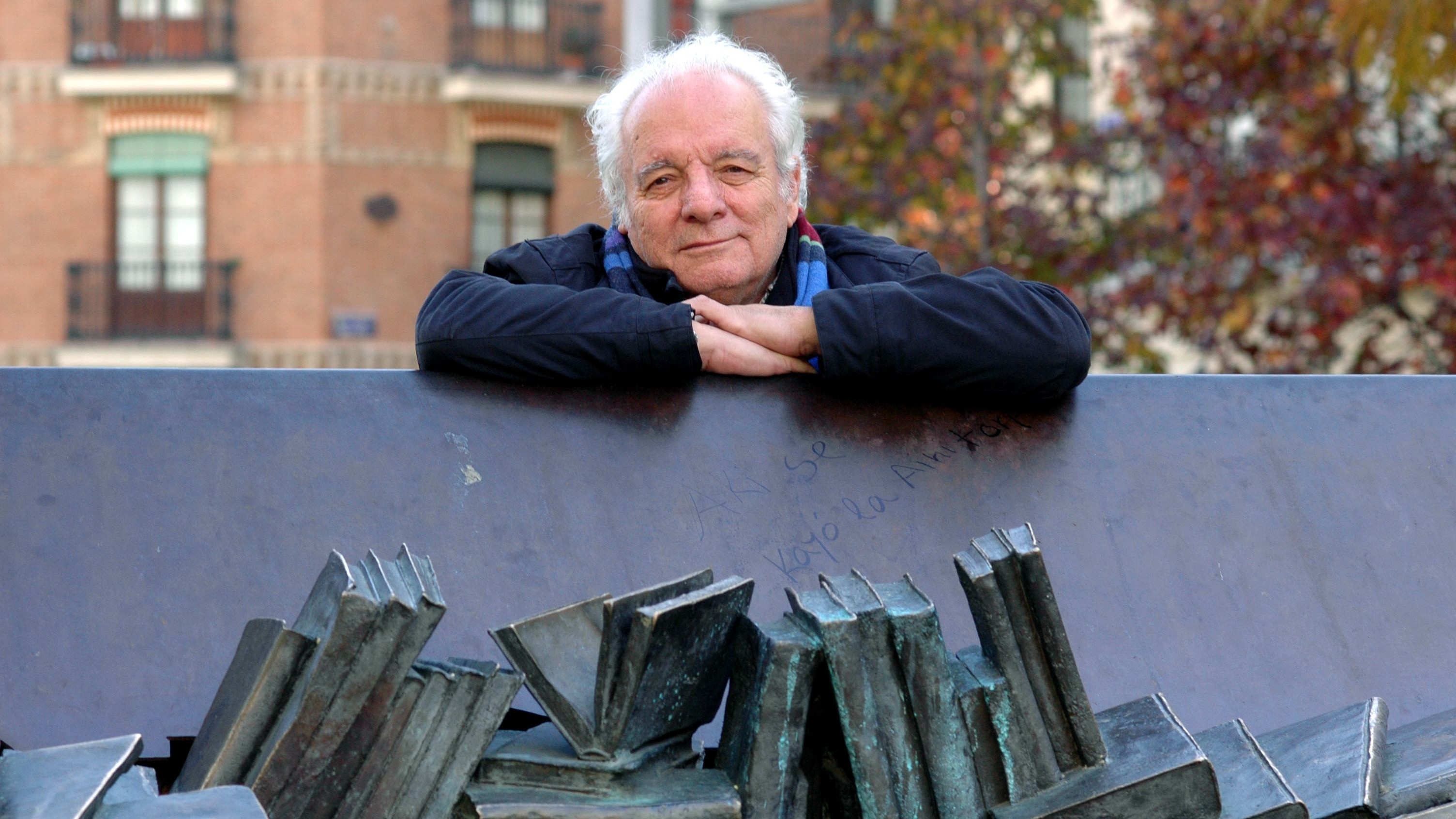 The outbreak of the pandemic coincided for Javier Reverte with the return of a disease that would barely grant him eight months before forcing him to undertake what would be his final trip. In mid-February 2020, he was informed that a malignant tumor that had already been successfully removed some time ago had reproduced again, and suddenly he was surrounded by a double threat, the one that consumed him from the inside and the one that devastated the world with the voracity of a plague. But in that spiral of darkness he took refuge in literature, as he had always done, and with the determination of a time trial he managed to finish three works, which would be published posthumously. Next to the novel Man to water, Reverte finished the memoir Dear comrades, on which this review focuses; and also prepared a final travel story on Iran and Turkey, which will be released in 2022.

“In the middle of winter I finally learned that there was an invincible summer in me”, this quote from Albert Camus is one of the three with which Javier Reverte begins his memoir, written “in leaps” between 2005 and 2020. As he himself defines it, Dear comrades it is a “sort of autobiography”; although above all it is the epilogue of someone who is aware that the end is already very near and decides to cling to their memories to save them from the shipwreck of death. It is at that moment, facing the abyss, when he discovers that he loves life more than ever, and does not want the trace of his steps to fade like tears in the rain. “I walk between two cliffs, and in a couple of generations nobody will probably know anything about who I was,” he says.

The first part of the book is dedicated to his childhood, which unfolds in a postwar Madrid that “smelled of urine and coal stoves”. It was in the cinemas of this ramshackle city where he learned the true value of life, which together with literature would forge the man that years later he became. “I am the son of Greek myths and western“, he describes himself, as the mestizo result of Ulysses and Errol Flynn.

See also  The undeserved stardom of flurone | Science and Technology

Journalist, but above all writer and traveler, continuous-session cinemas instilled in him a love for adventure that would never leave him, and allowed that child with an intrepid soul He could be a trapper in Alaska, a hunter in Africa, a gunman in the West, a pirate in the South Seas, an English officer in India … They also infected him with the unattainable mirage that he pursued until his last breath, that of beauty, “a virtue that redeems you from the presence of death, even if they are two sides of the same coin.”

Childhood, that territory of the soul where time does not exist, gave way to a conflictive adolescence, in a Spain “frightened and turned into an intellectual wasteland.” But life was an adventure, as he had learned from Joseph Conrad, and he was an invincible young man with the whole world to build, but also a lousy student and a very clumsy seducer. Until he met the love of his life, Chelo, the woman who “did not care about his failures”, and from whom he no longer separated.

Journalism as a family legacy

“You don’t know what you’re getting into,” his father told him when Javier confessed that he wanted to be a journalist and thus continue with the family legacy that his maternal grandfather, Manuel Reverte, had started, and that was later extended by his father, his brothers Jorge and Isabel, three uncles and three cousins. He attended the Official School of Journalism, some studies that he combined with a career in Philosophy, and he soon learned that in the profession he had chosen you are only worth what your last report is worth, as surely he heard his great friend more than once Manu Leguineche in the corridors of Torrespaña, or perhaps playing mus in some seedy tavern in Madrid, or while baiting the hook in the waters of Garrucha, or perhaps in front of a roast lamb in Brihuega.

Javier Reverte never felt an excessive journalistic vocation, as he admits in his book. He always wanted to be a writer, although at least journalism allowed him to travel and “look out on many balconies of the world and of the soul.” Too many times he endorsed that statement by Bismarck, who said that “the journalist is just someone who has made the wrong job.” A job full of miseries and greatness, of which he knew its “more or less filthy fauna”, and that ended up making him lose faith in the human being, although later he recovered it during the siege of Sarajevo, where he could see how the courage of its inhabitants triumphed over the rain of hatred and fire that fell from the mountains.

Africa, the “center of the universe of your dreams”

The African crush came to him late, with almost half a century of age, but he came to love this continent with an almost adolescent passion. He discovered it thanks to another hopeless globetrotter, Cristina Morató, who invited him to accompany her on a journalistic trip on the recommendation of Manu Leguineche himself. It was enough for Javier to go down the stairs of the plane to realize that this was the “center of the universe of his dreams”, and he traveled through Uganda, Kenya and Tanzania turned into a white; contemplating in fascination that explosion of life with the same childish eyes that shone in front of the screen, many years ago, in the semi-darkness of the Chamberí cinemas. Hemingway said that Africa gives us back the child we were, and that is precisely what happened to Javier Reverte every time he visited her.

Then came the unexpected commercial success, which allowed him to visit those parts of the world that he had always dreamed of. “Traveling is in a way like reading and writing”, he compared, satisfied that he had managed to materialize one of his greatest wishes: “to live literarily.”

But with time, surgical operations, physical decline, cancer also arrived … Javier Reverte never stopped traveling, although he took refuge during the last years of his life in Valsaín, a small town in the province of Segovia, where he sought creative intimacy and, above all, the long-awaited paradise of his childhood. “It makes me happy to feel lost, like when I was lost as a child in the forests of Valsaín,” he confesses. Perhaps that was the main reason that pushed him to travel compulsively since he could remember, and that only a virus that turned the world upside down, and later an incurable disease, managed to appease.

Autumn was always his favorite season, and in that corner of the Sierra de Guadarrama he could enjoy it in all its intensity, with its reddish mantle covering the oaks and chestnut trees, with a thin mist breaking through the pines, giving those landscapes a unreal appearance, as if they had been drawn directly from a dream. It was there that he wrote an important part of his memoir, and perhaps it was also there that, when winter came, he was able to discover the invincible summer that lived within him.