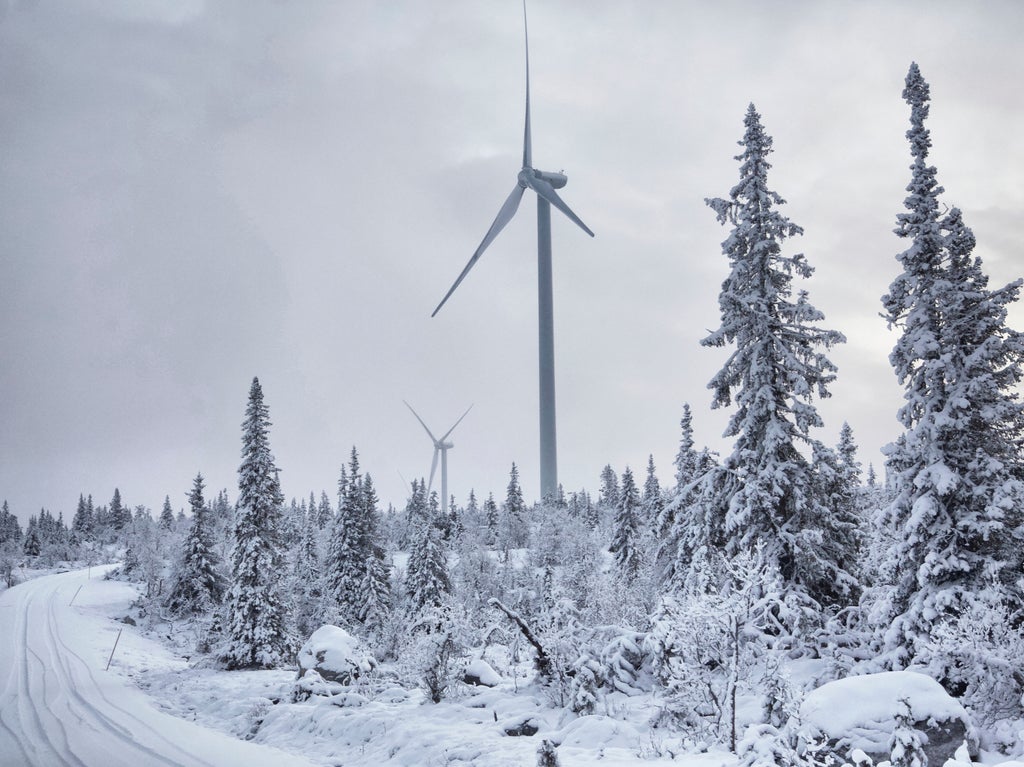 The climate crisis has routinely been described as the “biggest threat modern humans have ever faced”, and the latest IPCC report details the extent to which things are very much still getting worse.

But when tanks are rolling into cities and extraordinary images are emerging of the fighting in Ukraine, it is perhaps understandable that some of the immediate concerns over the worsening climate crisis have faded into the background somewhat.

However, rather than turn people’s thoughts entirely away from the existential threat the climate crisis poses, Russia’s invasion of Ukraine has served to remind many that dependence on expensively produced fossil fuels available only in certain parts of the world is a poor energy strategy, and one which we already have the technology to move away from.

While climate campaigners and scientists have worked tirelessly to highlight the evils of climate-altering fossil fuels, the Russian invasion could now prove to be a catalyst aiding the transition to clean energy generation.

President Putin’s invasion has already prompted major changes in Europe, with Germany halting the Nord Stream 2 gas pipeline, Boris Johnson saying Europe needed to wean itself off Russian oil and gas, and stocks in renewables being among the only ones surging.

In a sign of how turbulent the economy for fossil fuel firms operating in Russia have now become, on Sunday BP announced it was pulling out its 19.5 per cent stake in Russian state-owned energy firm Rosneft, at a potential cost of up to $25bn .

One expert told The Independent the invasion put “zero-carbon rocket boosters” on the case for more renewable energy sources.

Furthermore, as the IPCC report sets out itself, taking measures to adapt to and reduce the risks of the climate crisis is in itself a path towards greater peace in the world.

The authors write that: “risks to peace are reduced … by supporting people in climate-sensitive economic activities.”

Even as Russia’s assault on Ukraine continues, this has been recognized by Ukraine.

Speaking at the closing session of the IPCC’s two week long meeting, Svitlana Krakovska, an environmental scientist who was speaking on behalf of the Ukrainian delegation, said: “We will not surrender in Ukraine, and we hope the world will not surrender in building a climate resilient future,” she said in English, AFP has reported.

“Human-induced climate change and the war on Ukraine have the same roots – fossil fuels – and our dependence on them,” she said.

Following her statement, the head of the Russian delegation reportedly apologized to the closed session of 195-countries for Russia’s invasion.

Asked about the release of the report amid the invasion of Ukraine, Professor Daniela Schmidt, one of the coordinating lead authors of the report, was firm that the IPCC would not comment on specific situations beyond its remit, but reiterated that the report highlighted the brief window of opportunity for action on climate.

Announcing the new report, Hoesung Lee, the chair of the IPCC, said the “serious” findings emphasizing the “urgency of immediate and more ambitious action to address climate risks.

“Half measures are no longer an option.”

As the world grapples with the uncertainty of an increasingly belligerent Russia, it is clear that dealing coherently with the climate crisis offers a path towards regaining international stability.

Governments must act fast. Time is running out.