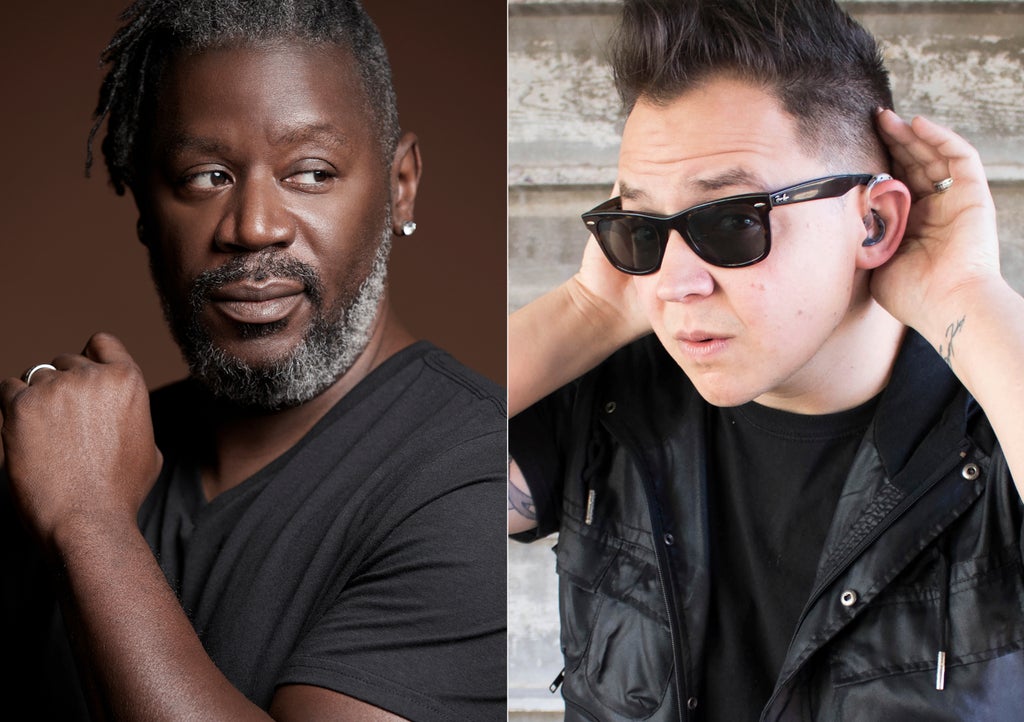 The Super Bowl will include a spectacular halftime show, as usual, with some of the biggest names in hip-hop entertaining the masses while championship-contending teams take a break.

And for the first time, two of the performers are deaf.

Wawa and Forbes will use their hands, body and facial expressions to deliver unique renditions of the songs in American Sign Language as the superstars sing on stage in an inclusive and accessible show.

“The opportunity to be here at the Super Bowl is just unreal,” Forbes said from Los Angeles in an interview with The Associated Press this week. “I never in a million years dream of, imagined, ever being here. As a performer, this is about as high as it gets.

“To be here, to represent the deaf community, and to really put ASL on the map.”

Deaf culture and ASL have increasingly become mainstream, showing that men and women who have hearing loss can let their talent shine if provided with opportunities. Earlier this week, two films with deaf actors earned Oscar nominations.

“CODA,” a drama that follows the child of deaf adults, is nominated for best picture and best adapted screenplay. Troy Kotsur became the second deaf actor nominated for an Oscar, joining co-star Marlee Matlin, who won best actress for her performance in the 1987 film “Children of a Lesser God.”

“Audible,” a short documentary focused on a football team at the Maryland School for the Deaf, also earned a nomination.

“The 21st century, we’re starting to be seen,” Snipe told the AP through an interpreter. “Many doors are opening throughout our community. Many people are seeing what our talented deaf people can do as actors, musicians, producers, directors , writers, artists in general.

“We are here and we are ready. We’ve been here and we’ve been knocking on that door for a long, long time, trying to gain this access.”

Snipe is making a return engagement to the NFL’s annual showcase. He signed the national anthem and “America the Beautiful,” before last year’s game alongside Jazmine Sullivan and Eric Church.

“It’s different and it’s historic,” said the 51-year-old Snipe, who is from Virginia. “This has never happened before, where deaf people actually sign. Now is the time. I hope that this is a door open and it continues to be open for the halftime show from this point. We need that.”

Matlin has also been a part of three Super Bowl pregame performances. The National Association of the Deaf began working with the NFL in 2010 to connect the league with deaf artists to perform the anthem in ASL.

“The mission of the NAD is to advance equal access and equality of deaf people, and there’s no bigger way to elevate visibility of ASL as an art form and to showcase the talents of deaf artists than the Super Bowl,” NAD CEO Howard A. Rosenblum told the AP Thursday night.

Matlin has also been a part of three Super Bowl’s pregame performance, which has included deaf people signing the anthem for two decades thanks to connections made by the National Association of the Deaf since 2010.

Members of the California School for the Deaf football team, as honorary captains, will be at midfield for the coin toss.

“It’s all about us continuing to be more inclusive and providing more opportunities for everyone,” NFL spokeswoman Jordyn White said. “It’s all about celebrating people for their differences, and coming together for the things we love. Inclusion is a priority for the league , and we hope the fans get to see that, especially at halftime and pregame.”

While closed captioning has been available for decades, the text on the screen in English does not truly provide access to the deaf community that uses ASL as its first language.

“The captions are often delayed, they’re often not on time and they miss a lot of words,” said the 40-year-old Forbes, who is from Michigan. “To see this performance in ASL, it’s not just an interpretation It’s a full-blown performance.”

NBC’s broadcast is expected to show glimpses of the Snipe and Forbes, whose entire performance will be available on NBCSports.com and the NBC Sports app.

“It’s time,” Forbes said. “The deaf community has worked so hard. ASL is such a beautiful and rich language. I’ve been in this business for 16 years, and to see like how we’ve come with all of this , it has just been unbelievable.”

Lage, whose parents and nephews are deaf, is a Michigan-based sports writer.