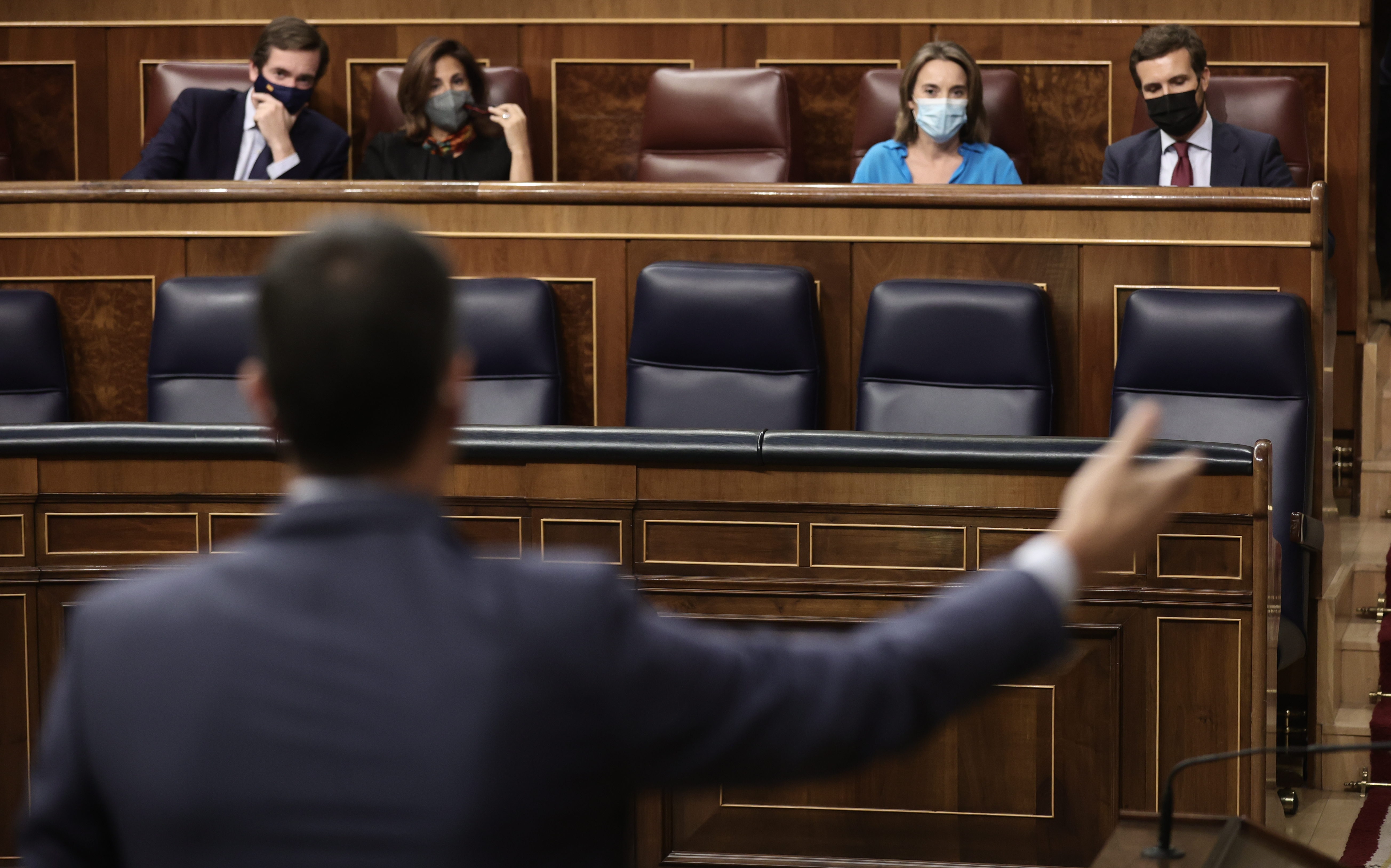 Opposition deputies are like journalists and policemen: they spend their lives asking questions. It is a capital part of their work, questioning the Government, and although it seems simple, it requires their art and must overcome their pitfalls. The questions go through the filter of the congressional lawyers, who can veto them. To avoid this, contortions are sometimes made. In March, for example, with political Spain in effervescence due to the motion of censure in Murcia, it was not easy to find the formula for José Luis Ábalos to answer the matter in the control session. Ábalos had intervened in the episode as Secretary of Organization of the PSOE, not as Minister of Transport, with which the question should refine the shot so as not to be rejected as untimely since it is a matter of the party, not the Government. The Murcian deputy of the PP Juan Luis Pedreño managed to hit the nail on the head with this text: “At what point was the Minister of Transport clear that the only way to get to Murcia would be, instead of on the AVE, with a motion of censure ? ”.

Pablo Casado denounces every week that the president does not respond to him. It occurs especially if the leader of the PP improvises issues outside the text presented, such as on October 13, when he surprised by offering a pact to renew constitutional bodies and Sánchez left without answering. In the Government, the complaint is that many questions are vague and others do not seem written precisely to seek an answer. On the latter, Vox accumulates expressive examples: “What else is willing to give in to the enemies of Spain to have their support?” (Santiago Abascal to Sánchez) or “How does the presence of the extreme left in the Government benefit the labor market?” (Macarena Olona to Yolanda Díaz). In this game where questions are often not questions and answers are not answers, the debate often leads to the inevitable dialogue of the deaf.

For the control session each Wednesday, the groups should register their questions the Friday before. The deadline is extendable to Monday, if it refers to an issue that arose during the weekend, or to the same Tuesday, in case it points to the agreements of the Council of Ministers of that day. Still, when the debate comes, the tendency is to beat around the bush. The leader of Ciudadanos, Inés Arrimadas, had registered for September 29 a question to the president for his “assessment of the current political situation”, but when he took the microphone, he only asked him to explain his plans for the new school year. Sánchez outlined a timid protest and resigned himself to talking about what was being asked of him, while melancholyly holding up the useless notes that he had prepared. A week later, Olona asked Díaz if he “fulfills his obligations as Minister of Labor” and his speech was only a diatribe against the “delinquent deputy” Alberto Rodríguez, convicted of kicking a policeman. The second vice president, very upset, limited herself to reading the text of the question she had received and to demand from the Vox deputy “a little respect for this House.”

A very widespread resource is to register a question so generic that it allows you to talk about anything. He is Casado’s favorite: “Do you have a political project for Spain?” or “does the government feel backed by the Spanish?” This is how he deploys his unique method of opposition: machine-gunning Sánchez by chaining one issue after another. On October 20, he asked if the government’s decisions “do not leave anyone behind” and in a minute he managed to put in the quotes of the self-employed, the price increases, the pacts with the independentistas, the gag law, the labor reform, the abolition of prostitution and the ERE of Andalusia.

In addition to the debates, the Government must respond to the hundreds of questions in writing from the deputies. One of the most active, and also one of those who has seen the most initiatives rejected by lawyers, is Jon Iñarritu, from EH Bildu. Iñarritu has spent years stubbornly asking for the Casa del Rey and the CNI, knowing that they will tell him that this is outside the control of the Chamber. Of course the deputy has his tricks. Years ago, he was denied a question about the presence of the Falangist symbol of the yoke and the arrows on the shield of Juan Carlos I. The Basque deputy reformulated it and managed to strain it: instead of expressly alluding to the royal heraldry, he limited himself to putting the number of the unknown regulation that regulated it.

Iñarritu also managed to introduce the investigations into the emeritus king in the control session of the Government on October 20 under a brief question to the Minister of Justice, Pilar Llop: “Are all citizens equal before the law?” The deaf dialogue was formidable. Iñarritu spoke of Juan Carlos I, and the minister, of discrimination against women and of tributes to ETA. Before the protests of the deputy, Llop shrugged: “Next time I will try to get into his head.”