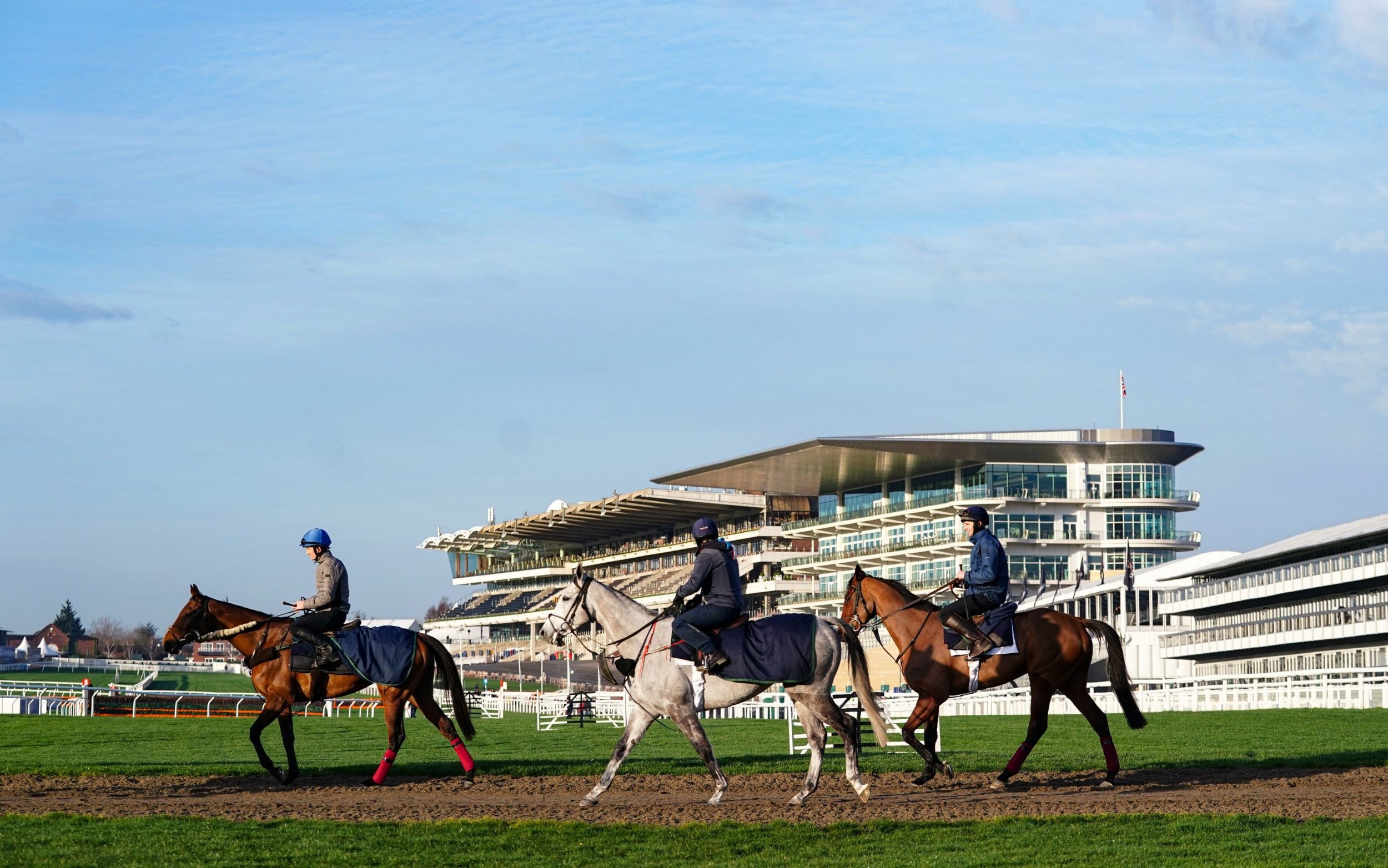 TOnd welcome to our live coverage of the Cheltenham Festival 2022, with crowds returning to Prestbury Park for jump racing’s Olympics for the first time since 2020.

The highlight of today’s card is the Champion Hurdle at 3.30pm, but there are three other Grade 1 races on today’s card – the Supreme Novices’ Hurdle (1.30pm), the Arkle Novices’ Chase (2.10pm) and the Mares’ Hurdle ( 4.10pm) on a packed schedule.

The official going is Good to Soft on the Old Course and Good to Soft (Soft in places) on the New Course after it was dry overnight.

And with just over two hours until the famous Cheltenham roar returns, our racing correspondent Marcus Armytage previews Tuesday’s action…

No one is going to get rich or famous tipping up Honeysuckle for a second Unibet Champion Hurdle, and fortune may favor the brave by going for Teahupoo, the unknown quantity, in today’s race, writes Marcus Armytage.

Honeysuckle and her jockey, Rachael Blackmore, have barely broken sweat to win their two Grade One starts this season, she gets a 7lb mares’ allowance from eight of her rivals – the other mare in the race, 2020 winner Epatante, also receives the concession – and she is the top-rated horse in the race.

Consequently, “Honey”, who is unbeaten in 14 starts, is so short she is almost unbackable, but I have a hunch it may turn out to be a more open race than it looks on paper.

Even though Nicky Henderson has been raving about Epatante, insisting that she was half-cocked when beaten nearly 10 lengths in last year’s race, she still has a lot to find with her successor.

And while the whole of the North East, indeed British racing, will be rooting for Ann Hamilton’s improver Tommy’s Oscar, a sporting David taking a slingshot at the game’s Goliaths, the biggest threat to Honeysuckle may have come across the Irish Sea on the same ferry ; the two Irish horses she has yet to face.

Appreciate It has not run since winning last year’s Supreme and, even in the hands of a genius like Willie Mullins, that has to be a disadvantage in terms of experience, especially in a race where fluffing one hurdle out in the country can be the difference between winning and losing.

His trainer, however, does have some form in that department, having won the County Hurdle with Arctic Fire in 2017 after a 418-day break and, after a setback ruled Appreciate It out of action before Christmas, Mullins had the option of running him but preferred to get him ready at home.

Experience maybe, but fitness he will not lack and it matters not that last year’s Supreme has not really worked out – he was 24 lengths in front of everything else.

Even Henry of Bromhead, with reference to Honeysuckle, has said they all get beat some time, and today the Irish mare may feel life is, indeed, a beach.

The Gordon Elliott-trained Teahupoo, named after a popular surfing shore in Tahiti, would also be unbeaten but for one defeat last year when he lost impetus at the last at Fairyhouse. This season he has won all three starts, he seems to jump well, is unexposed and, at five, is likely still improving, despite it being generally recognized as a difficult age for hurdlers.

A strong gallop and a stiff uphill finish might also bring out improvement in him. He is unquestionably the dark horse in the race. If Honeysuckle does take her unbeaten record to 15, she will have become the first mare to win the race twice and will rightly be hailed as one of the all-time greats.

The smartest bet for a Champion Hurdle may well be Constitution Hill for 2023, but get on before 1.30pm. There may only be nine runners in the curtain-raising Sky Bet Supreme Novices’ Hurdle but the Irish cannot hear of defeat for Dysart Dynamo, while Constitution Hill represents one of the week’s British bankers, so, in that respect, it looks like an immovable object against an unstoppable force.

This race is the very essence of the Cheltenham Festival – Britain versus Ireland, the meeting’s two most successful trainers Henderson (70 winners) versus his great friend Mullins (78), icemen Nico de Boinville and Paul Townend in the saddle.

Constitution Hill has won both starts over hurdles very impressively and, while back in the summer Henderson rang his former jockey Barry Geraghty three times to ask him what he had sold Michael Buckley because Constitution Hill appeared so slow he held up the string every morning, it turned out that was just his laid-back attitude.

On the racecourse it has been a different story. That attitude could swing the Supreme in his favor.

Dysart Dynamo, if not more impressive than Constitution Hill in his two starts over hurdles, can run a bit free and a roaring 65,000 crowd, the first sell-out at this meeting for two years, is not going to help settle him and the worry will be that he has run his race at the second-last.

Edwardstone is the pick of the British in the Sporting Life Arkle. I used to think he was not flashy but that is probably because neither his trainer Alan King nor jockey Tom Cannon fit that description. But winning the Henry VIII by 16 lengths and the Wayward Lad by 10 is pretty flashy nonetheless.

Though Blue Lord is nominally the pick of Mullins’ three, those seeking a more rewardingly priced winner might have to look down the Closutton pecking order to Haut En Couleurs.

History suggests that the best hope for a British winner is in the Ultima Handicap Chase, a race last won by the Irish in 2006. On his second start back after wind surgery, it could pay to stick with last year’s winner Vintage Clouds.

With only two maximum fields and the other five races comprising a dozen runners or less, that is something the authorities will need to take into consideration if they plan on stretching jump racing’s greatest four days to five – maybe there are just not the horses around.