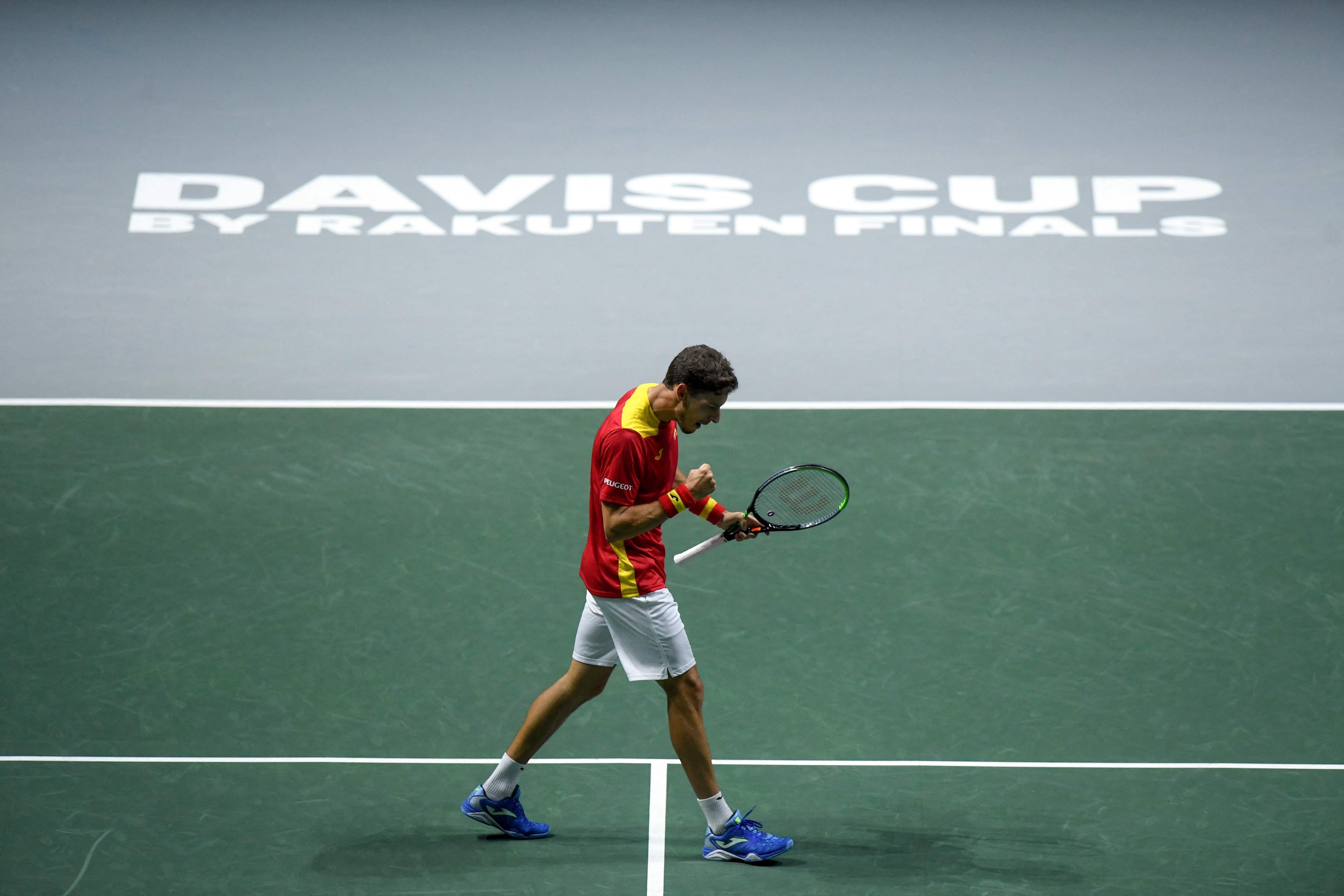 In need of good encouragement, since in recent days the blows had been chained in the form of casualties, first Roberto Bautista due to injury and then Carlos Alcaraz having tested positive for coronavirus, the Spanish Davis Cup team started its journey on the right foot in this edition. Feliciano López resolved the first crossing of the group stage against Ecuador against Roberto Quiroz (double 6-3, after 1h 22m) and then Pablo Carreño made amends twice in a very tough crossing with Emilio Gómez who managed to get ahead sweating the fat drop, and something else (5-7, 6-3 and 7-6 (5), in 2h 36m).

In this way, Spain won the tie, in the absence of the third match with the doubles confrontation that will then be played by Carreño himself, together with Marcel Granollers, against the duo formed by Gonzalo Escobar (39th) and Diego Hidalgo (166º). It was the turn of the doubles after Feliciano did not fail in the debut and, above all, that Carreño suffered much more than expected against an opponent he beat a month and a half ago in Indian Wells, son of the famous Andrés, Roland champion Garros in 1990. Ecuador, then, does not attend as a troupe.

Carreño was in tow for more than an hour, uncomfortable and stiff, as if he carried a huge dolmen on his back and the statistics – four defeats in the last four individual games – hammered him inside his head. Gomez dominated the rally, forces reversed: in Davis, the ranking it tends to deceive. With a thick neck and sturdy frame, the Ecuadorian (149º) directed and appropriated the first set with merit, offering arguments and playing deep, while the Asturian had a world difficult to counteract, without gunpowder in the string or confidence in the rest.

Far from his guerrilla version, of that Carreño who has to be scored three times to knock him down, he was giving ground to the rival and conceded the break in the sixth game. He then wasted 0-40, but still caught a run, broke, and counterattacked: 2-4 to 4-4. A mirage. False illusion. Determined and liberated, damaging in every ball, Gomez continued to open angles and demand, deepening with the forehand and backhand, very sure, and ended up opening the gap. The siege took effect. Blocked, too tender, the Asturian was losing steam and delivered the set with a double fault.

The start of the second did not offer hopeful signs either, but rather the opposite. Along the same lines, the man from Gijón kept looking for answers that did not arrive and the Ecuadorian was gaining more and more space, enjoying himself because he was in a situation that he surely did not suspect. 3-2 up, had a ball of break, but it went into limbo and the definitive twist took place. Suddenly, Carreño was Carreño. Now yes. Reinforced concrete. As if he had swallowed the potion of Asurancetúrix, he rose and rebelled against himself.

In a more positive dynamic, very different, the awakening was accompanied by a break (4-3) and, balanced the duel, he drew a partial of 8-1 with a much more recognizable proposal. This is solidity, vigor and determination. Intention. That is to say, their hallmarks. Seemingly replenished, he was progressing to victory with another breakBut he didn’t bow Gomez all the way and the chills came. He wasted two match points, gave up the serve and the Ecuadorian, very brave, forced a new turn of the wheel. Suspense to the end. Everything was elucidated on the finish line, at the sprint, and there Carreño imposed his kidney blow.