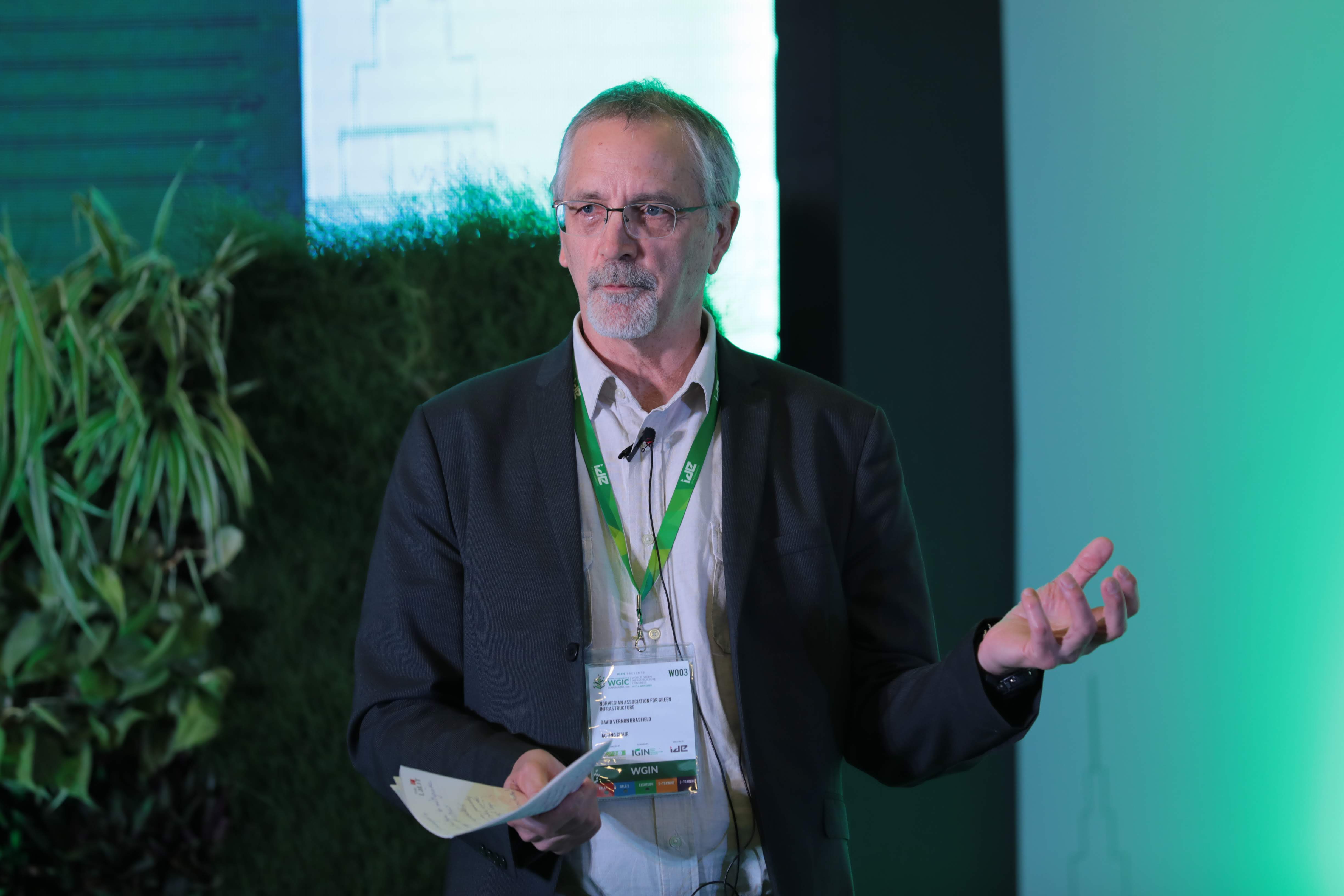 David Vernon Brasfield is President of the Norwegian Green Infrastructure Association and Board Member of the Global Green Infrastructure Network, leading multiple activities aimed at improving urban and sustainable living. He was the organizer of the international seminar on Oslo strategies for green walls and roofs, where the problems of cities and nature-based solutions were analyzed. With extensive experience in climate inventory management, it proposes urban models that mitigate and adapt infrastructures to the effects of the climate emergency.

Ask. As a Norwegian living in Oslo, what have been the most important urban policies in the last decade to improve quality of life?

Answer. The Norwegian Green Party has positioned itself as part of a left-wing and labor coalition that runs municipal operations in Oslo. The cooperation program included an ambitious plan to turn the center into a car-free zone. Although it did not have as wide an impact as initially envisioned, the improvements have made the city a much more attractive and liveable place.

P. You participate in the activities developed by the European Climate Health Council. Could you identify the main challenges for the near future in European countries?

R. The European Climate Health Council of which the organization Health Care Without Harm is a part, is working both for the mitigation of climate change and for the adaptation of the European health sector. Warming brings with it health threats associated with extreme heat waves, increased air pollution, increased disease, reduced food security… We often say that the climate crisis is also a health crisis.

The other challenge in the health sector is the need to work proactively and prevent damage from extreme weather events. Within healthcare, we have a wonderful opportunity to apply nature-based solutions to large hospital campuses, especially those in dense urban areas.

P. As president of the Norwegian Green Infrastructure Association, what are the guidelines for green and blue activities that need to be applied and the responsibilities of the different stakeholders?

R. Currently, the Oslo City Council promotes green infrastructure, it is a tapestry of various policies that support stormwater management, biodiversity, bringing natural light to streams… The municipal master plans for the redevelopment area of the waterfront in central Bjørvika include green roof requirements that have driven major market development projects.

P. The image of Norway as a country of clean air and water and high standards of living can give the idea that most environmental problems have disappeared. However, what do you think are the main challenges to overcome?

R. Norway is, in fact, blessed with close proximity to nature and an abundance of clean water and air. It has a lot of renewable energy to power the carbon friendly industry. The challenge will be the transition of the Norwegian economy from fossil energy based activities to a carbon neutral economy. Although it will be severely affected by climate change, this challenge in Norway is relatively mild compared to the serious problems that most of Europe will face from mid-century onwards.

P. The city of Oslo is planning to improve the green infrastructure in the near future. What is your opinion about the role of green roofs in the carbon footprint?

R. The multiple ecosystem services provided by nature-based solutions include more carbon-friendly management, both in terms of stormwater management and cooling energy use due to the heat island effect. I believe that the compelling reasons to implement them are to adapt to climate change and to improve urban biodiversity and the biophilic quality of our living environment.

P. We are interested in learning about the interaction of the public and private sectors and citizen organizations in urban planning and green areas.

R. Norwegian planning and building laws recognize the value of stakeholder involvement. In my opinion, the inclusion of such institutions is a cultural phenomenon, where Norway would do well to learn from the experience and practice of other countries, such as Denmark. The Norwegian Green Infrastructure Association has some experience in direct collaboration with public sector actors, but we see significant potential for improvement.

P. What direction do you think green infrastructure will take in the future?

R. There are enormous possibilities to make our built environments livable, beautiful, biophilic, climate-adapted and biodiverse, bringing nature back and integrating it. I believe that the field of green infrastructure is at the beginning of a fascinating development, where by studying and learning from natural ecosystems, imitating them and working with them instead of against them, we can find a way back to the garden. The start of the United Nations Decade for Ecosystem Restoration is a good time to get down to business.