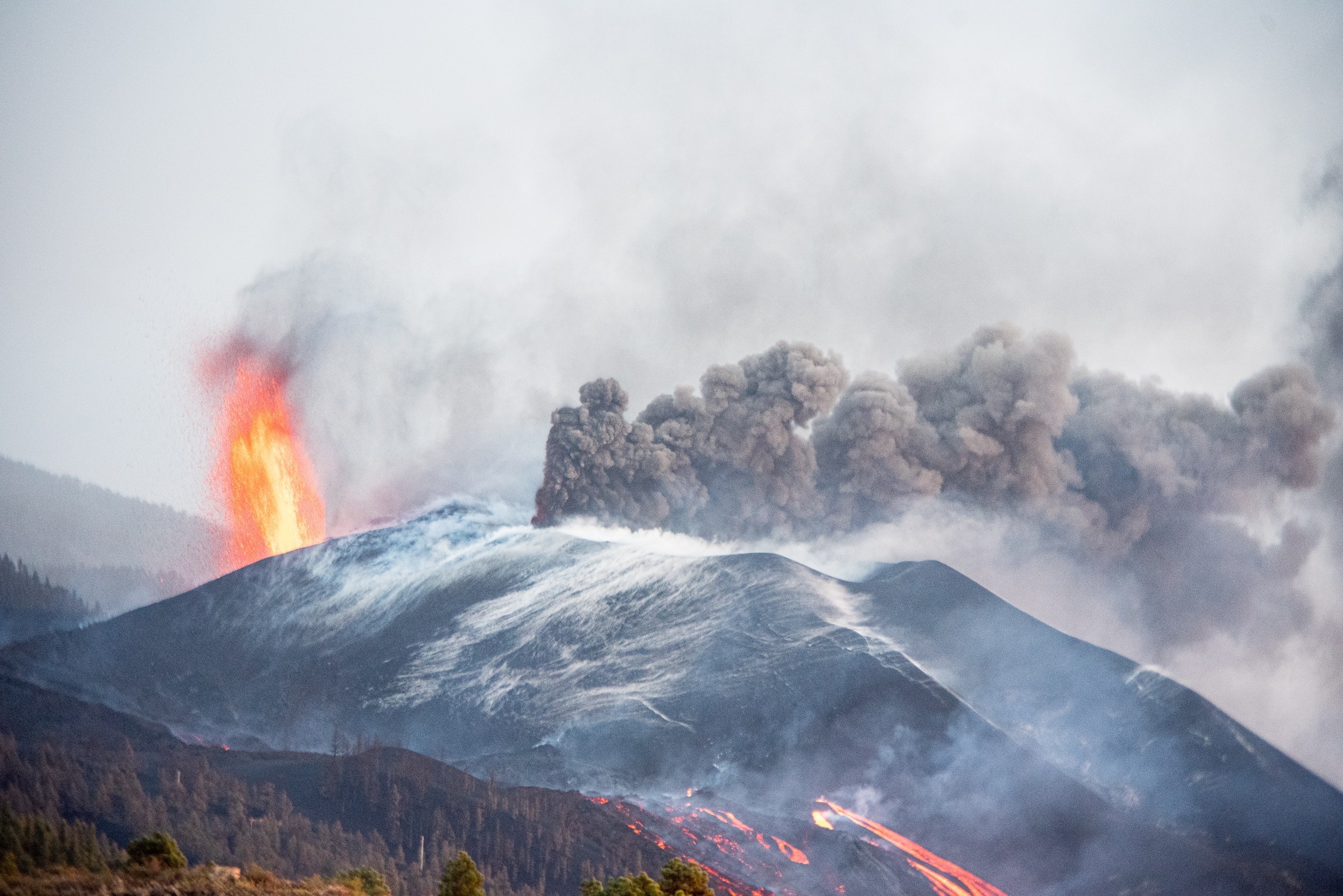 We get up in the morning and compete on the scale. Then, of course, the competition to get to the children’s school and work on time. Following the news, you see that the competition has only just begun. The first thing is the data on covid infections. The number of affected persons per 100,000 inhabitants and the count of admitted and occupied ICU beds. You do not feel affected because a single name is not pronounced, they are only figures that compete against those of the previous day to provoke the anguish of expansion or the satisfaction of beating the curve. Who is the curve? Immediately, the carbon dioxide graduation in the air of La Palma arrives, which has suffered from the outbreak of the volcano for days. The days are counted, of course, in the hope of beating the previous eruptions of which we have knowledge. Already put to suffer, let it be a record. There has not been time to recover from the drama when we are already knowing how much the megawatt hour is going to cost us that day in the electricity market. We do not know the real impact of that price on the invoice, but the oscillation game has fascinated us. To some because it helps them to punish the work of the Government, to others because it increases the impression that above the political powers there are others much less dependent on the electoral route.

If we are lucky that same day we will know the unemployment data. A better or worse December than last year, and compared to a decade ago even better or worse. Concerned as we are about the state of the national economy, nothing better than to attend to the rise in inflation. Fantastic figure that leads us to particular conclusions, the feeling that the cost of living is through the roof. If you are careless that same day, you can find out the percentage volume of the country’s debt, the round figure of the gross domestic product and even the exchange price of the euro against the dollar. For those who do not want to submit to these classic mechanisms, they are offered to compete in the anti-system race: look at how much bitcoin has appreciated. And the price of Tesla, Amazon or Apple, which play in a league of their own. If you are interested in health, nothing better than confirming the cancer cure data and competing on the menu to reduce carbohydrates. If, on the other hand, you are more fond of art, you will know the price that a classic has obtained in the last auction. To continue your analysis of the cultural panorama, the competition is prolonged in the number of tickets dispatched, the list of best-selling books and the number of downloads of the latest video clip of that artist that you have to like out of psychosocial obligation.

See also  Gemma Collins: Self-Harm and Me review: This shocking documentary shows a different side to the reality star

By the time we get to the sports competition we are already exhausted. In fact, the football league board with the team classification sounds old to us. Now we prefer to know the number of kilometers that a midfielder has traveled on average per game or the percentage of goals from set pieces that our rival scores next Sunday or Monday or Wednesday or Saturday. Honestly, nobody knows why we are immersed in so many competitions or against whom or for what. The only vital thing is to keep running, because the timer does not stop. Run, compete, come on.

Man City’s next generation are already eyeing trophies in 2023