Skip to content
Home News David Pla, the last head of ETA, will have a position of responsibility in the direction of Sortu | Spain 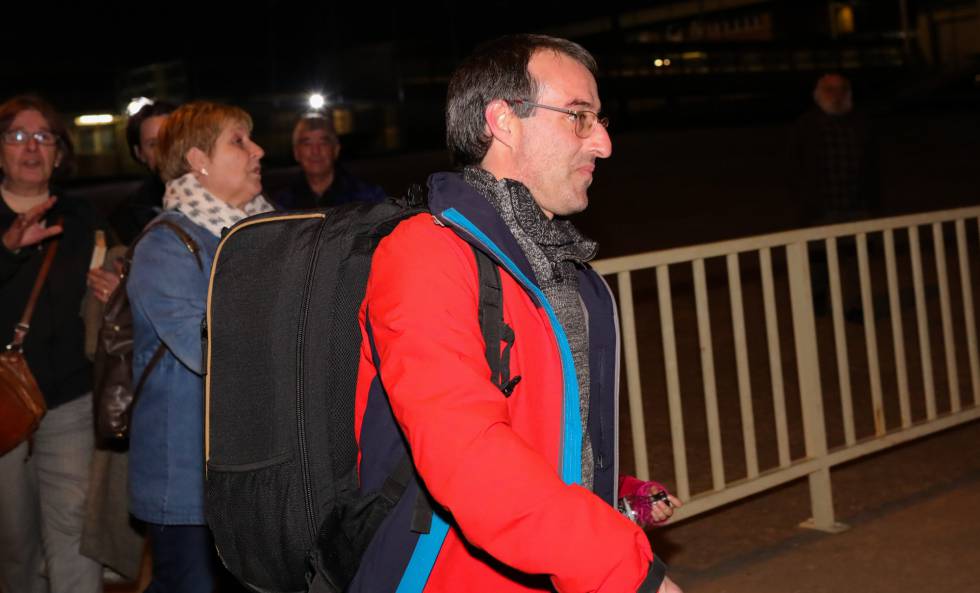 David Pla, the last head of the defunct terrorist group ETA, will be part of Sortu’s leadership from January, when the formation heir to Herri Batasuna and a member of the EH Bildu coalition will hold its congress, as confirmed by the party in a note. The candidacy of Pla, who was already one of Sortu’s referents and working from his engine room, will be made official at that congress in which Arkaitz Rodríguez will continue to be the number one and the historical leader Rufi Etxeberria, nicknamed The dutch – Also prosecuted in his day for belonging to ETA and one of the disseminators of the Oldartzen presentation, which was renamed as that of the socialization of suffering, will leave the National Council of Sortu, the leadership of the party.

Pla will lead the third deputy secretary, as head of Strategic Orientation, in a new direction in which those from ETA and Herri Batasuna who have opted to put an end to violence and to maintain the commitment to do politics from the institutions continue to command. In fact, in the internal debate held by its affiliates, the rank and file of Sortu have ratified the official presentation in which they choose to maintain their current policy of alliances and political participation. By overwhelming majority they have rejected an alternative text, led by the former leader of HB Joseba Álvarez, in which the policy of pacts of the current leadership in Congress is questioned, in Navarra and now also with the Government of Iñigo Urkullu. The EH BIldu parliamentary group has agreed to abstain from the Basque budget. The bases have also rejected the possibility of organizing internal currents within Sortu, as the critics argued.

Arkaitz Rodríguez explained this week that “Pla would make a great contribution and would come to corroborate the commitment of the left nationalist exclusively by political means ”. “David has been one of the key people in the opening of the new cycle. It contributed decisively to remove ETA violence from the Basque equation in a definitive way ”, he said.

The National Court released Pla on February 19 of last year. He had been arrested six days earlier in Hendaye and handed over to Spain in compliance with an arrest warrant issued in 2011 for belonging to a terrorist organization; but for the same crime he had already been tried and sentenced in France to five years in prison, which he served. Magistrate María Tardón released him, considering that the reasons for the Euroorder had, therefore, declined, and that Pla had no pending causes.

Born in Pamplona in 1975, he was part of the leadership of the band that certified the end of the armed activity on October 20, 2011. In fact, he was one of the hooded men who read the statement. He served four of the five years in prison that were imposed on him in France for association of criminals, the French equivalent of the crime of belonging to a terrorist organization.

Pla started his career on the left nationalist in the late 1990s as a member of the Jarrai youth organization. In July 2000, coinciding with the penultimate great offensive of the terrorist gang, he was arrested in Zaragoza along with Aitor Lorente when they were preparing an attack against the then mayor of the Aragonese capital, José Atarés, of the PP. Both terrorists were sentenced to six years in prison for belonging to a terrorist organization and document falsification in a sentence agreed between the Prosecutor’s Office of the National Court and their defense.

A lawyer by profession, Pla was arrested in April 2010 in France, in an operation against the Halboka lawyers’ collective, the gang apparatus dedicated to supporting prisoners. In this police device, lawyers Arantza Zulueta, Jon Enparantza and Iker Sarriegi were arrested in Spain. However, while the detainees in Spain were going to provisional prison by order of Judge Fernando Grande-Marlaska, Pla was released due to lack of evidence by the French judicial authorities.