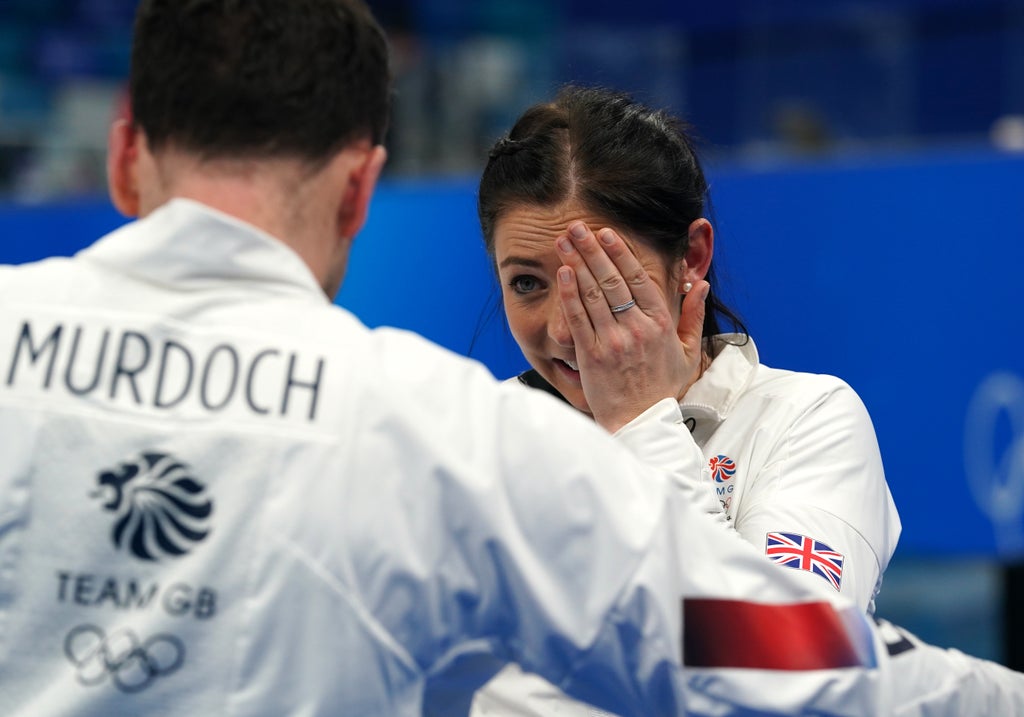 David Murdoch hailed Great Britain’s newly-crowned Olympic champions and predicted that Eve Muirhead could go on to become one of the sport’s greats.

Still at the age of just 31, Murdoch believes Muirhead, who already has two Olympic medals (she also won bronze in Sochi) and a world title behind her, has confirmed her status at the top of her sport.

“She could be one of the greatest ever,” said Murdoch. “She’s been around so long, she’s won a World title and Europeans, and she’s one of the most dedicated athletes you’ll ever see.

“Never a day goes by when she doesn’t commit 100% to training, and if you do that you get your rewards.”

Murdoch paid tribute to the way Muirhead and her team battled adversity, from failing to secure initial qualification to teetering on the brink of elimination from the tournament after the round-robin phase.

“Sometimes it’s written in the stars,” Murdoch added. “It was a perfect performance. The composure and calmness was evident today and you could just see the girls so relaxed, and I think that was the key.”

Murdoch admitted the team had some “tough conversations” after their disappointing display at the world championships, where, competing as Scotland, they finished in eighth place after the group stage and were eliminated.

“They were tough and they needed to be tough,” said Murdoch. “It was probably the most important thing we’ve ever done, because what’s come of it is ultimately this.

“Credit has to go to them for picking themselves up, coming out and working hard to get this gold.”

Rhona Howie, who led Great Britain’s last gold medal-winning curling team in 2002, paid tribute to Muirhead’s fierce determination that drove her to Olympic success at the fourth time of asking.

“Twenty years have been long enough,” said Howie. “It was emotional. I’ve known Eve for so long and I coached her for the Sochi cycle, and I’m just so happy for her.

“Eve is very driven and very determined. Her resilience de ella to just keep fighting – she’s got that temperament that leads her team so well.

“They never had it easy here, they had to fight all the way. That’s where the true grit and determination Eve has come in. She’ll never stop fighting. Like we did 20 years ago – you get given that chance and my goodness you take it.”

British Curling performance director Nigel Holl explained how his organization “broke the rules of curling” in order to fashion the team that would become Olympic champions.

The governing body established a pool system which was reduced to nine contenders, all of whom were pushed through an internal qualifying procedure until the best five athletes were selected for the task.

“The tradition of curling is you stay in your team of four and you play as your team as four,” said Holl.

“They had to play for their places. It was very stressful and challenging for the coaches. We changed the team around and played the nine players in different combinations each week.

“We failed to qualify at last year’s World Championships and we came home and had to have a totally radical re-think.

“We’ve broken the rules of curling really, by creating the squad system in early autumn. Huge credit to the nine players who threw themselves at it and went significantly outside their comfort zone.”