Diego Simeone’s team are renowned for their defensive capabilities but will also create chances to service a wealth of attacking talent that includes Luis Suarez, Joao Felix and Antoine Griezmann.

When those chances do happen, and they will due to United’s ongoing defensive vulnerability, it will be up to David de Gea to save the day.

The former Atletico man has experienced the highest of highs and lowest of lows during his United career, but the fanbase generally agrees that this season he is someway back to his best shot-stopping form in the Premier League.

It is the rest of his game that needs work. His distribution of him is verging on dangerous and his reluctance to leave his line to meet the opposition head-on or claim loose balls sometimes creates unnecessary extra work.

De Gea is a keeper who has been good at putting out fires, both of his own and his team’s creation, but is less adept when it comes to preventing them in the first place.

In a recent interview with UEFA, the Spain international explained where his priorities lie as a player.

“What a goalkeeper has to do is to stop goals going in; that’s the most important thing. And then, if you have the talent or the quality to be able to play with your feet and have good vision, that’s phenomenal,” he said . 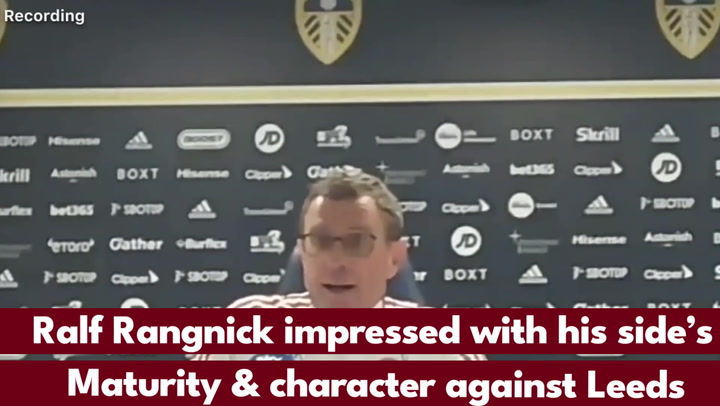 “I feel very comfortable playing with my feet, playing out from the back, following the lead of my team, but it depends on the coach and the style of play.”

This statement is part of the problem with De Gea, as the viewpoint he presented is archaic.

In the modern game, the ability to play with your feet can sometimes be every bit as important as shot-stopping. Furthermore, this is not a rare thing, there are many keepers in the Premier League and also at lower levels who can distribute the ball well.

De Gea can’t do that and it sounds as if he is shifting blame onto the rest of the team and the systems employed by Ralf Rangnick and his predecessors, when it has been clear for years his distribution is lacking.

But in the interview, he went on to say: “We try to play with a high line — if the pressing is not good enough, you can have problems at the back. But for the goalkeeper, you need to be off your line, looking out for any potential pass in behind to be able to help your defence.”

It’s clear that De Gea knows what is expected of him under Rangnick, but he is either unable or unwilling to do it.

Against Atletico, there will be moments where De Gea will need to prevent the fire and he needs to listen to his own advice to make sure Simeone’s men are kept at bay.

Do you think De Gea needs to improve? Follow our United On My Mind writer Casey Evans on Twitter and get involved in the discussion in the comments section below.