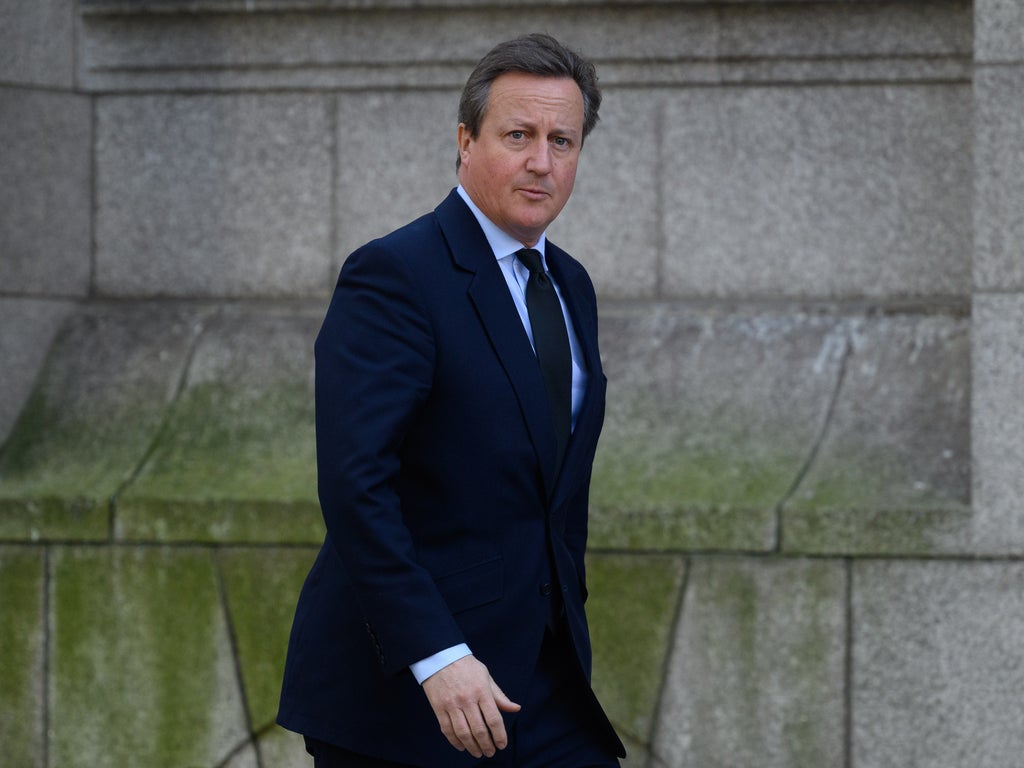 David Cameron tried to lobby government ministers to prop up his failing legacy project despite its failure to hit key targets, The Independent can reveal.

His intervention on behalf of the National Citizen Service, which he set up in 2011 to run summer residential programs for 16- and 17-year-olds, came in August 2020 as the government prepared to engage in a root-and-branch youth review to completely re-assess its youth services budget.

The former prime minister’s youth scheme had raked in £1.3bn of taxpayers’ money since 2011 – 90 per cent of the youth budget – while the rest of the youth sector suffered cuts of 70 per cent.

But earlier this month the Department for Digital, Culture, Media and Sport, which conducted the youth review, announced that NCS would have its funding cut to £171M over three years, or £57m a year, a fall from 90 to 30 per cent of the DCMS youth budget. The new culture secretary, Nadine Dorries, is said to be “no fan” of Cameron, having her mocked him earlier this year as looking like a “ticket tout”. It followed his decision of her to withdraw the whip of her from her of her in 2012 after she appeared on I’m A Celebrity and failed to disclose her absence to film the show.

In summer 2020, Mr Cameron, who drew criticism last year for his lobbying on behalf of since-collapsed finance firm Greensill Capital, tried to persuade then culture secretary Oliver Dowden to back NCS, emails uncovered by a Freedom of Information request show.

In an email dated 17 August 2020, Cameron wrote to Mr Dowden: “Dear Oliver, it was good to catch up the other day and encouraging to hear your continued support for NCS. I also appreciate your honesty around the tough decisions that the Treasury will need to make as part of the upcoming CSR [comprehensive spending review]. I promised to share some facts and figures illustrating how NCS is a force for good in society, as well as outline some of the plans for the future direction of travel under the stewardship of Mark Gifford as CEO.”

Cameron wrote a long and selective spin detailing how NCS is a force for good, admitting that it “needs to reform” but appealing to Mr Dowden “not to forget its strengths” and claiming that it would “deliver against the government’s leveling-up agenda. ”. He ended with a plea: “I firmly believe that NCS has never been more needed” and “will only become more so as the country begins to rebuild post-pandemic.” I have signed off, “Yours, DC.”

Cameron received no reply. A week later, on 24 August, his office sent him a follow-up email asking if Mr Cameron’s email had been “safely received”. DCMS responded two hours later: “To confirm that Oliver received and read this email with interest and was very grateful for it. I think he was planning to get back in touch with Mr Cameron directly.”

Shadow culture secretary Lucy Powell MP said she took a dim view of Mr Cameron’s attempts to secure favorable treatment for his pet scheme. She said: “Rather than continued lobbying for his side projects, David Cameron should lay low given his disastrous interventions, including on Greensill, which has cost the public dear.”

last year The Independent revealed how Mr Cameron turned a blind eye to the “shocking waste” and failure to meet government targets of his flagship scheme while he was prime minister, ignoring Whitehall and ministerial concerns to instead, as one Whitehall mandarin put it, “stuff NCS’s mouth full of gold”.

But in response to questions from The Independent as to whether Mr Cameron’s lobbying had continued after he left office in 2016, NCS chief executive Mark Gifford had sought to distance the NCS “under his tenure” from Cameron, who is still chair of patrons.

In response to questions as to whether the NCS board had – during Gifford’s tenure – ever turned to Mr Cameron to lobby No 10, the Treasury or DCMS, Gifford had written: “NCS trust can confirm that the board have not turned to David Cameron to intervenes with the government on the trust’s behalf.” He also said that while Cameron was “a great source of advice”, the ex-PM “would never interfere” in their conversations with the government around funding.

The new email trail raises questions as to whether Mr Gifford had been kept in the dark about Cameron’s lobbying efforts on his behalf.

Asked to explain why he had said Mr Cameron did not lobby DCMS when it was clear he had, Mr Gifford said: “Without seeing the correspondence you say you have, I can only repeat what I have said before. I led the work on securing funding. Mr Cameron did not attend any meetings with me with Ministers or civil servants. I always found him respectful of the process.”

Mr Cameron’s office did not respond to requests to comment.