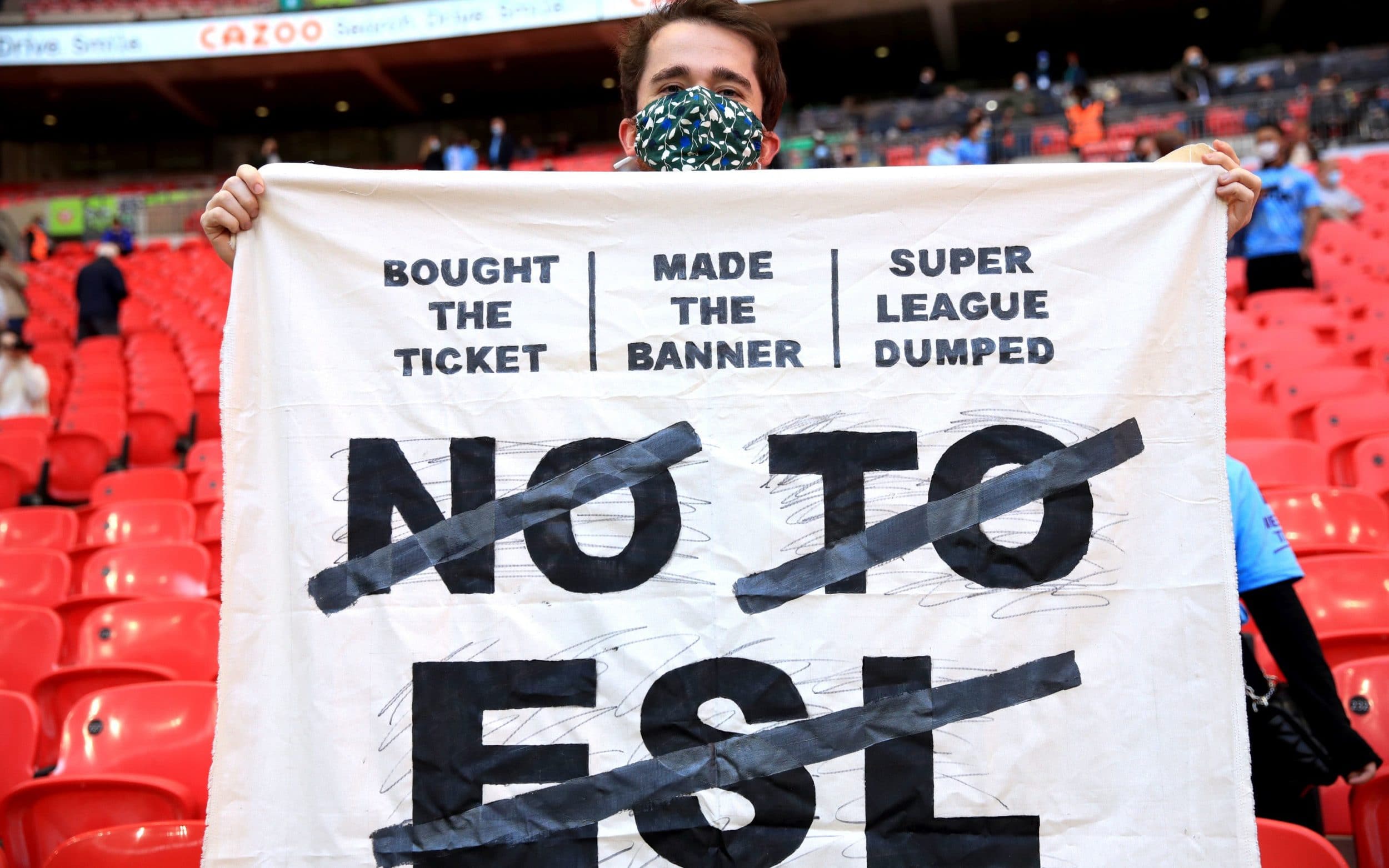 Football is sleepwalking towards a fresh European Super League outrage, campaigners have warned, amid fears the Government is set to delay regulatory reforms exactly a year on.

Bernstein expressed particular concern at failures by Uefa to abandon proposals for the Champions League to include two new spots based on historical ranking rather than that season’s performance.

The furore around the Super League breakaway has calmed down, but some of the rebels involved are now digging heels in over the demand for European places based on ranking. Bernstein, who was one of the leading proponents for independent regulation now championed in Tracey Crouch’s fan-led review, says the new coefficient rule would be the “thin end of the wedge.”

“It’s not the Super League per se but it’s an element of it,” said Bernstein of the reform plan. “It’s clearly allowing clubs to qualify for something other than their performance in the relevant year. Really, it’s a way of protecting the interests of larger clubs so it is just as uncompetitive and wrong. I think it’s the thin end of the wedge. If this is largely going to go through we could again see the Super League come back.

“There is this constant push to move away from the democratic way football has been won, where clubs qualify for things because of their performance. And not because of their size or their history. That’s one of the beauties of the game in this country – great clubs fall and rise.”

Earlier this month, Crouch, the former sports minister and author of the government review, expressed concern over potential plans to shelve her recommendation for an independent regulator.

In a letter to Downing Street leaked to the Financial Times newspaper, Nadine Dorries, the Culture Secretary, expressed favorability for the regulation but argued that the new plan needed fuller consultation. “Some will express their concern that this is the government kicking the issue of football regulation into the long grass,” Dorries said in the letter to Johnson. “I believe that it is the opposite; it is the government committed to unprecedented regulation that protects fans, while preserving the economic value of our national game.”

Crouch has said she is “not comfortable with the government saying it will bring forward a Bill in the next session, more than a year away”. Bernstein, meanwhile, says he remains hopeful that reforms will be announced in the Queen’s Speech on May 10 That is also the date that Uefa’s executive committee meets for its annual congress in Vienna and will decide on the Champions League reforms. ,” Bernstein said.

Telegraph Sport revealed two weeks ago how Uefa is proposing in its post-2024 reforms that one pathway in through the back door will be winning the FA Cup, but only for the big clubs.