We’re flippin’ over it! David Beckham and daughter Harper posted pictures of themselves making pancakes a day after burglar ‘shimmied up neighbour’s scaffolding’ to launch raid on family’s £31m London mansion while they were home

By Izzy Ferris, George Odling And Kamal Sultan For The Daily Mail

David Beckham and his daughter Harper Seven braved the trauma of a masked invader breaking into their home by flipping pancakes on Shrove Tuesday.

The ex-England star posted pictures on social media of he and the ten-year-old taking part in the tradition the day after the raid.

Just hours earlier a burglar had reportedly stolen thousands of pounds of electrical items and designer goods from the £31 million mansion.

Harper Beckham, seen here flipping pancakes in the family’s home on March 1 the day after the raid by a burglar 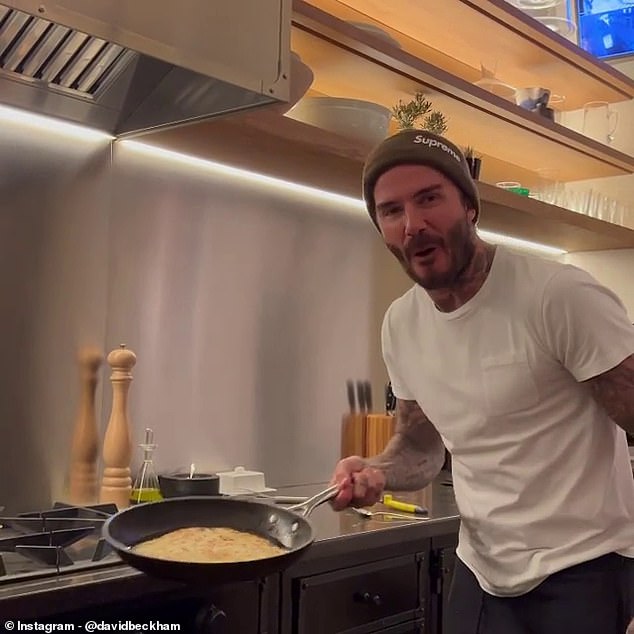 The former footballer, pictured here flipping pancakes with Harper, braved the trauma and tried to put on a brave face

It is thought Beckham and Harper were in the house at the time, but his wife Victoria, 47, and the couple’s older sons Brooklyn, Romeo and Cruz were elsewhere.

It comes as The Sun reports that police are looking into whether the responsible person used scaffolding on a neighboring property that is being worked on to gain access.

The thief is reported to have only made it as far as one bedroom in the Beckham household, breaking through a window on the evening of February 28 before leaving via the same one with a small number of items.

It is claimed none was of sentimental value.

The incident was reported to the police and a forensic examination was carried out the day after.

A neighboring property was also broken into – although nothing is understood to have been taken – and an attempt was made to enter a third.

The couple bought the seven-bedroom home in 2013.

Sources told the newspaper the family had been left ‘shaken up’ by the raid.

But just hours later Beckham uploaded videos to Instagram, showing both him and his daughter in the kitchen tossing pancakes in a frying pan. 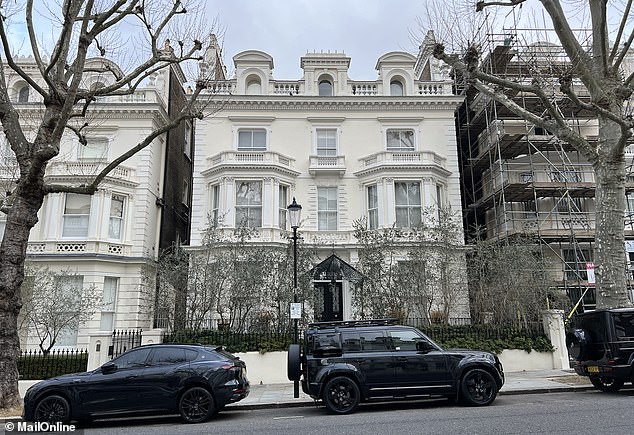 It has been reported the masked burglar forced their way into a spare bedroom at the Beckham’s £31 million Holland Park mansion while David, Victoria and daughter Harper relaxed downstairs

The same day Mrs Beckham and Romeo, 19, were pictured together at Paris Fashion Week attending the Yves Saint Laurent show.

Last night a representative for the family declined to comment. A spokesman for the Met said: ‘Police were called at 00.37 hours on Tuesday, March 1 to reports of a burglary at a residential address in the W11 area of ​​Kensington.

‘The burglary is believed to have taken place between 20.30 and 23.30 on Monday, February 28. A number of items were reported stolen. No arrests have been made. Inquiries continue.’

They added: ‘Police believe entry was forced to a neighboring property, and an attempt made to access another. Inquiries are ongoing.’