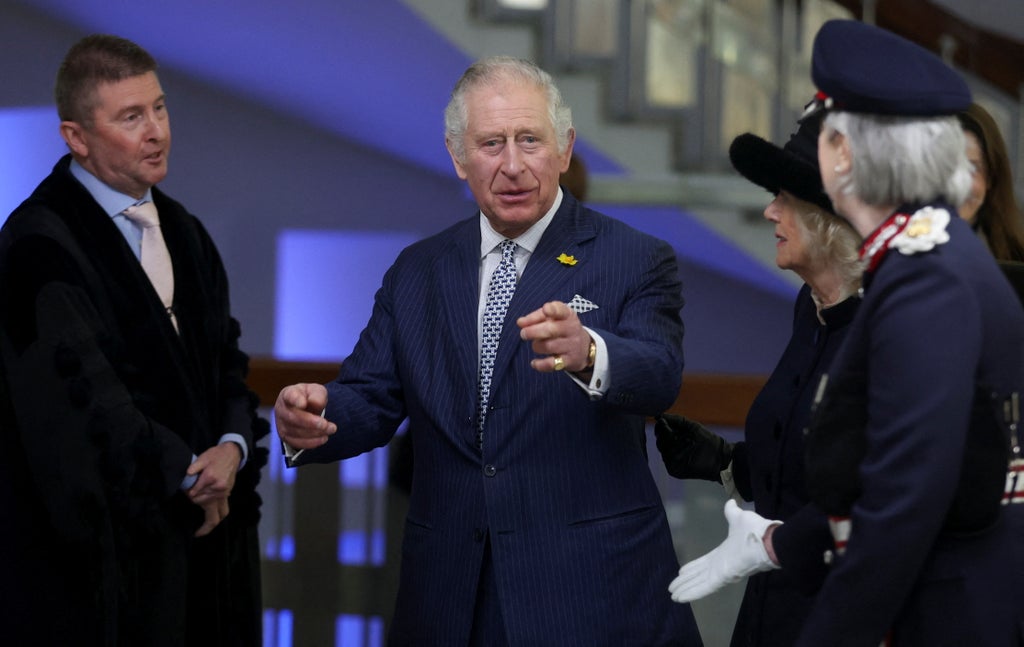 The Prince of Wales has formally presented Southend with the Letters Patent which grant it city status following the death of MP Sir David Amess.

Sir David, who had served as Conservative MP for Southend West since 1997, was stabbed during a constituency surgery at Belfairs Methodist Church in Leigh-on-Sea, Essex, on October 15.

The 69-year-old, who had campaigned to make Southend-on-Sea a city, was posthumously made the first freeman of the new city in a ceremony on Tuesday.

Days after his death, Prime Minister Boris Johnson had announced: “Her Majesty has agreed that Southend will be accorded the city status it so clearly deserves.”

Charles formally presented the legal document which entitles the change of status, the Letters Patent, to Southend’s mayor Margaret Borton at a council meeting.

He did so on behalf of the Queen and was joined by his wife, the Duchess of Cornwall.

Charles recalled meeting Sir David on a visit to the Palace Theater in Westcliff-on-Sea in 2014, describing him as “a renowned and respected parliamentarian and an effective campaigner on many national and local issues”.

“Among them was his passionate determination to secure city status for Southend-on-Sea,” he said.

“Today, we mark the culmination of that dedicated campaign – and yet, how we all wish we could celebrate the occasion without the shadow of the dreadful event which took the life of such a devoted public servant.

“I am only too aware that today’s ceremony cannot possibly replace the agonizing loss felt by Sir David’s widow, Lady (Julia) Amess, and their five children, but I do hope it will offer at least some small comfort in such unbearable sorrow.”

He said he hoped the new city would “continue from strength to strength, honoring the memory and legacy of Sir David Amess – one of his greatest ambassadors – and always inspired by the example of his dedication to the community he loved”.

Former Conservative MP Ann Widdecombe, a friend of Sir David’s, read a statement on behalf of Lady Julia and her family.

“Despite a traumatic and tragic journey, we have arrived at the city of Southend-on-Sea,” she said.

“How thrilled our husband and father would be to know that Her Majesty the Queen has bestowed such a huge honor on the people of Southend-on-Sea in his name.

“A dream come true, and he would now be wanting to get out there and make the very best of this huge opportunity for the city.

“There would have been talk of nothing else in our home or indeed whenever he spoke in Parliament. How we wish that this could be.

“Of course, David was very well aware that city status would not have been possible without the help and hard work of so many people.

“We know they will continue to work together in friendship and with pride to promote their city.”

Ms Widdecombe said that, on behalf of Sir David, the family “wish to say thank you to the amazing people in the community who have achieved so much for Southend”.

The statement concluded: “We are, of course, filled with sadness that he’s no longer with us but his legacy is huge and we are so grateful to have had him in our lives and to know that he will never be forgotten.”

See also  Ukraine-Russia war: Here's how a peace deal could be agreed. And why it might not happen soon – Professor Marc Weller