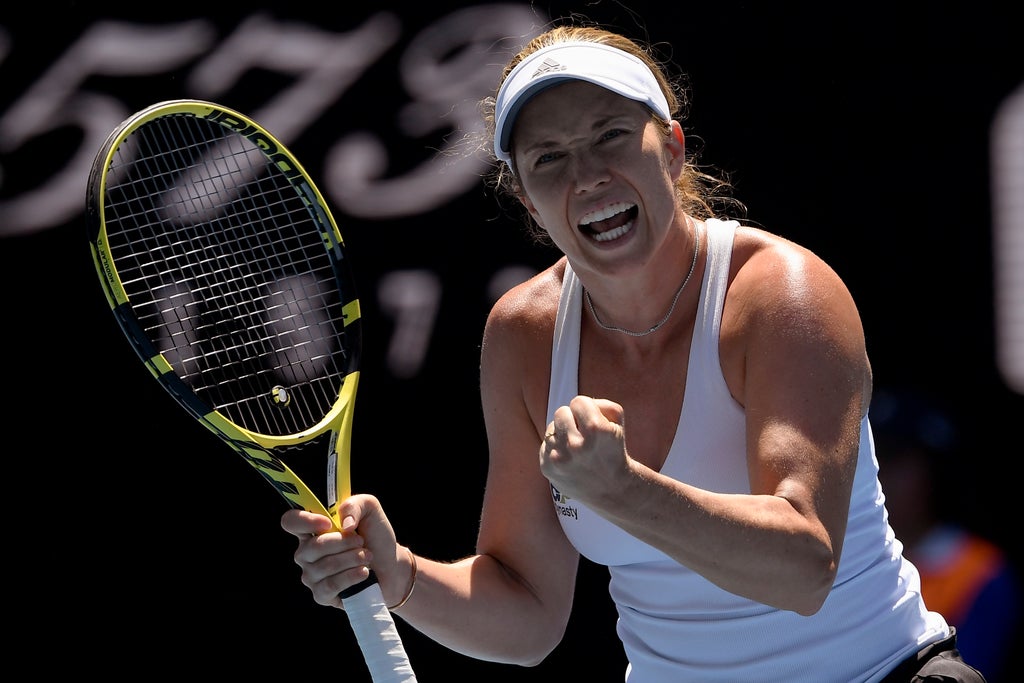 Collins is the latest in a long line of American women to have reached grand slam finals but her path to get there makes her stand out.

From a blue collar background, the 28-year-old learned the game playing with her father and the regulars down at the park in St Petersburg which she credits with helping her tactically and mentally.

Prior to traveling out to Australia, Collins was down at the park with her boyfriend and a ball machine, and she said: “Even when I’m here and playing in these stadiums, I think back to all the special moments that I have had there.

“It’s really like a zen moment for me sometimes to think about playing in the park. I’m going to have to think about that a lot when I’m on court with Ash.”

Collins resisted turning professional as a teenager, instead going to college and dominating the tennis circuit there before trying to break on to the WTA Tour.

Her slam breakthrough came in Melbourne three years ago when she emerged into the semi-finals, and she has gone one better this year following surgery last spring for endometriosis.

Now Collins finds herself following in the footsteps of childhood heroes Venus and Serena Williams by competing for a grand slam title.

“Those were my favorite matches,” she said. “I would ask my parents to get up early in the morning to watch their night matches.

“To be playing on this stage where so many of my idols as a kid played, it’s almost surreal. This is just what we all as kids dream of doing. So it’s just such a special moment for me. I’m just trying to embrace all of it.”

Collins knows that she will be up against not just world number one Barty but virtually the whole of Rod Laver Arena as the Australian bids for her first home grand slam title.

But Collins, who was described by her quarter-final opponent Alize Cornet as being like a lion on court, appears well equipped to thrive in such an atmosphere.

The American is renowned for her intensity and loud screams of “Come on”, and she is looking forward to playing in front of a passionate crowd.

“I think after everything that all of us around the world went through with Covid, and especially in sports, I feel like I’m just really grateful to be able to see faces in the crowd again and to see people getting fired up, seeing positive energy, hearing people’s voices,” said Collins, who will make her top-10 debut on Monday whatever the outcome.

“That’s something that I really thrive in, whether I have a full crowd going for me or whether I have the opposite or somewhere in the middle. I really just love the energy. I think that’s what all professional athletes play for.”

This will be a fifth meeting between the pair, with Barty having won three, but all have been good contests.

“I think every time we played we have battled, and they have been some really fun matches,” said Collins. “Even the matches that I have lost have been some of my most memorable moments in court.”

Barty has breezed through the draw so far, spending only six hours and six minutes on court in her six matches compared to 10 hours and 37 minutes for Collins. The Australian has only dropped serve once and conceded 21 games.