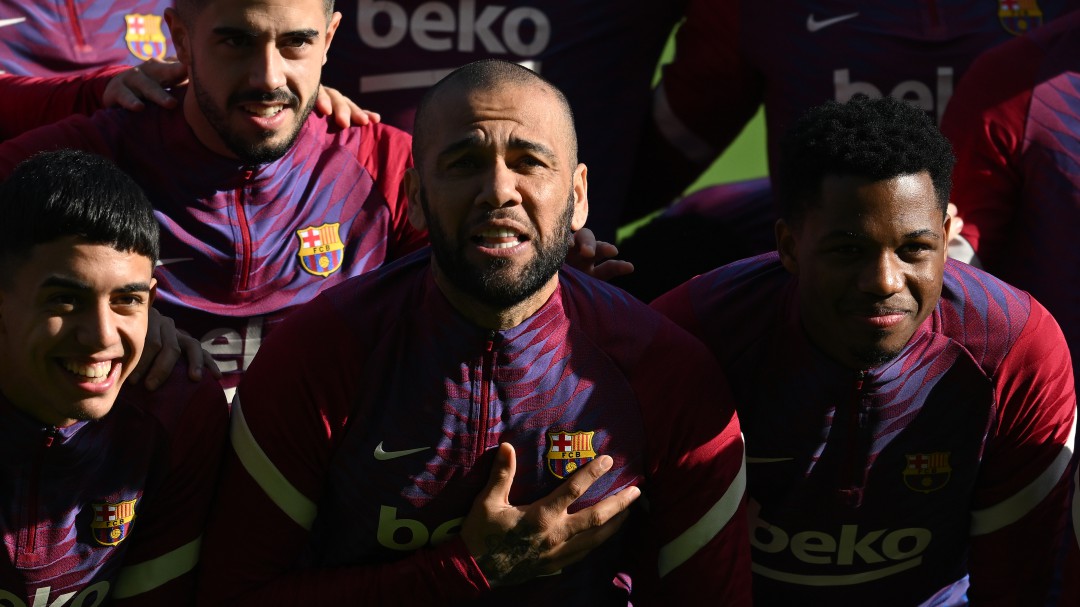 Barcelona have already registered Dani Alves in LaLiga. In this way, the Brazilian player will be able to make his debut in an official match with the Barça club this Wednesday in the match against Linares in the Copa del Rey.

The Catalan club had summoned Dani Alves for the cup game this morning, but added an asterisk as it was awaiting authorization from LaLiga. “The FC Barcelona has received all the approvals to be able to register to Dani Alves. The player is already available for the Linares-Barça”, communicated the Barcelona organization minutes later. The full-back, who already passed through the Camp Nou between 2008 and 2016, returned to what was his home – and where he achieved most of his successes – on November 12. The signing has not been completed until this January 5 when he can already play officially. It should be remembered that he did play a friendly match in the Maradona Cup against Boca Juniors.

“We will be able to register Alves between today and tomorrow. The other signings will depend on the departures. With Ferran an exception was made by bringing him without having a margin, but from here when we generate money in departures we will see if another incorporation is necessary,” he explained this Monday the director of football of FC Barcelona, ​​Mateu Alemany. Now the OK from LaLiga is missing so that Ferran Torres, the last culé arrival, can be registered.

Dembélé, as a key for Ferran

Barcelona coach Xavi Hernández urged striker Ousmane Dembélé to “make an effort” to renew for the Barça club because he believes that “his future” lies in playing for the Barça team. In the press conference prior to the round of 32 match of the Copa del Rey that the Catalan team will play this Wednesday (7:30 p.m.) against Linares, the Catalan coach gave his opinion again on the situation of the French international, whose contract ends next month of June.

“Dembélé should think about him, I think his future passes through Barça. The sports project for him will not be better in another place than here and I have transmitted it to him. I am calm, waiting for news, now it no longer depends on me. It depends on the club, Ousmane and their representatives, “he said.

Precisely, the renewal of Dembélé could be the key so that one of the new signings, Ferran Torres, can be registered. Another option would be the departure of the highest paid player on the squad, Brazilian Philippe Coutinho. The Brazilian is thinking of leaving Barcelona, ​​as Bruno Alemany reported in ‘SER Deportivos’, in this same winter market. This could also give LaLiga authorization for Ferran. Coutinho has two offers, one from Newcastle and the other from Arsenal, the latter being the player’s favorite.

One of the setbacks before making the signing official was related to the possibility that the player was left out of LaLiga’s authorization. FC Barcelona, ​​aware of the problems to be able to register the player, wanted to include the possibility of returning Ferran Torres if he could not register him now, but Manchester City ruled it out.