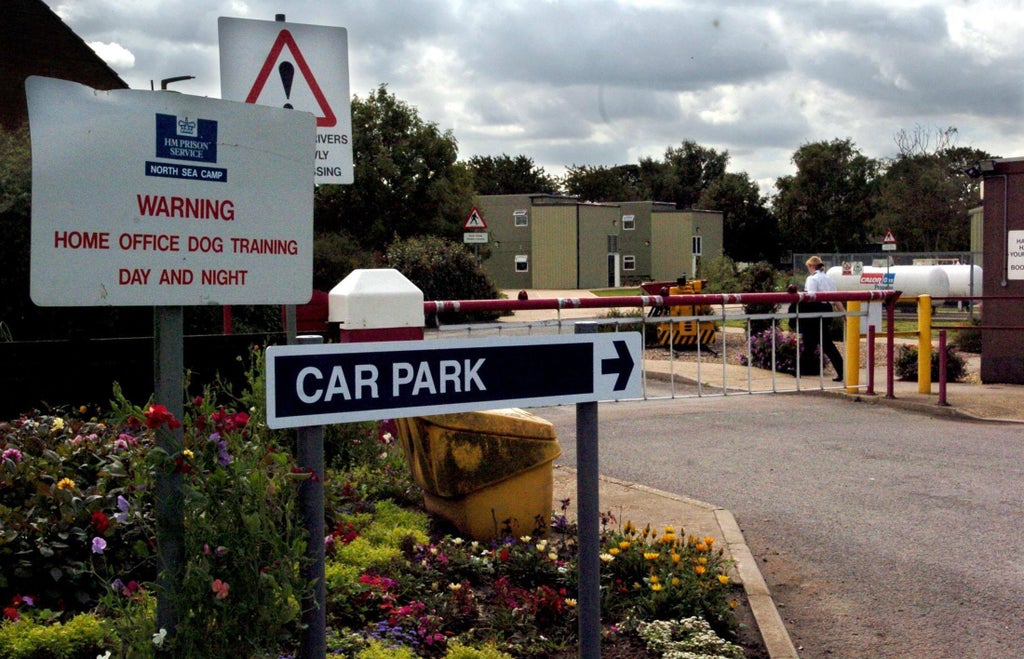 A dangerous, on-the-run, sex offender who absconded after being moved to an open prison had been refused parole five times.

Paul Robson, described as a “particular danger to women and young children”, is serving a life sentence for attempted rape and indecent assault and was reported missing from HMP North Sea Camp near Boston at about 7am on Sunday, Lincolnshire Police said.

Police have urged people not to approach the 56-year-old Robson as he “can cause real harm to anyone he comes across”.

During his fifth parole review, Robson was refused release but recommended for a move to the Category D open prison.

The Newcastle-born sex offender was jailed at Oxford Crown Court in 2000 after he entered a woman’s home through a cat flap before tying her up, putting a pillow case over her head, and brutally assaulting her while holding a knife to her throat.

He was handed a life sentence with a minimum term of nine years but has spent an additional 11 years in prison.

Robson had only been released from prison three weeks before the attack and was on license – with the sentencing judge describing him as a “menace to females”.

The prisoner, who walked out of HMP North Sea Camp, is described as a white male with a bald head, a long goatee beard and is of a slim build.

Commenting on Robson’s case, a spokesman for the Parole Board said: “The Parole Board refused the release of Paul Robson but recommended a move to an open prison conditions following an oral hearing in February 2021.

“This was a recommendation only and the Secretary of State for Justice considers the advice before making the final decision on whether a prisoner is suitable for open conditions.

“We will only make a recommendation for open conditions if a Parole Board panel is satisfied that the risk to the public has been reduced sufficiently to be manageable in an open prison.

HMP North Sea Camp is a category D men’s open prison which holds a large proportion of sex offenders and those serving indeterminate sentences, according to an inspector’s report following a scrutiny visit in April last year.

The report, published in June, said 70% of prisoners were assessed as “presenting a high risk of harm to others” and more than half were convicted of sex offences.

“He could be anywhere in the country, and we are really keen to hear from the public with potential sightings so we can take this man off our streets.

“Robson is a dangerous sex offender and while he presents a particular danger to women and young children, I believe he can cause real harm to anyone he comes across.

“If you see Robson, please do not approach him, and do not try to apprehend him yourself. Call 999 immediately.”

After writing to Mr Raab about Robson, the Shadow Justice Secretary Steve Reed said: “Dominic Raab has serious questions to answer about why such a dangerous criminal was deemed fit to be in an open prison where he could abscond.

“The public will be deeply concerned that, yet again, this high-on-tax, soft-on-crime Conservative Government have put the public at risk.”

Police have urged anyone with information or confirmed sightings of Robson to call 999.