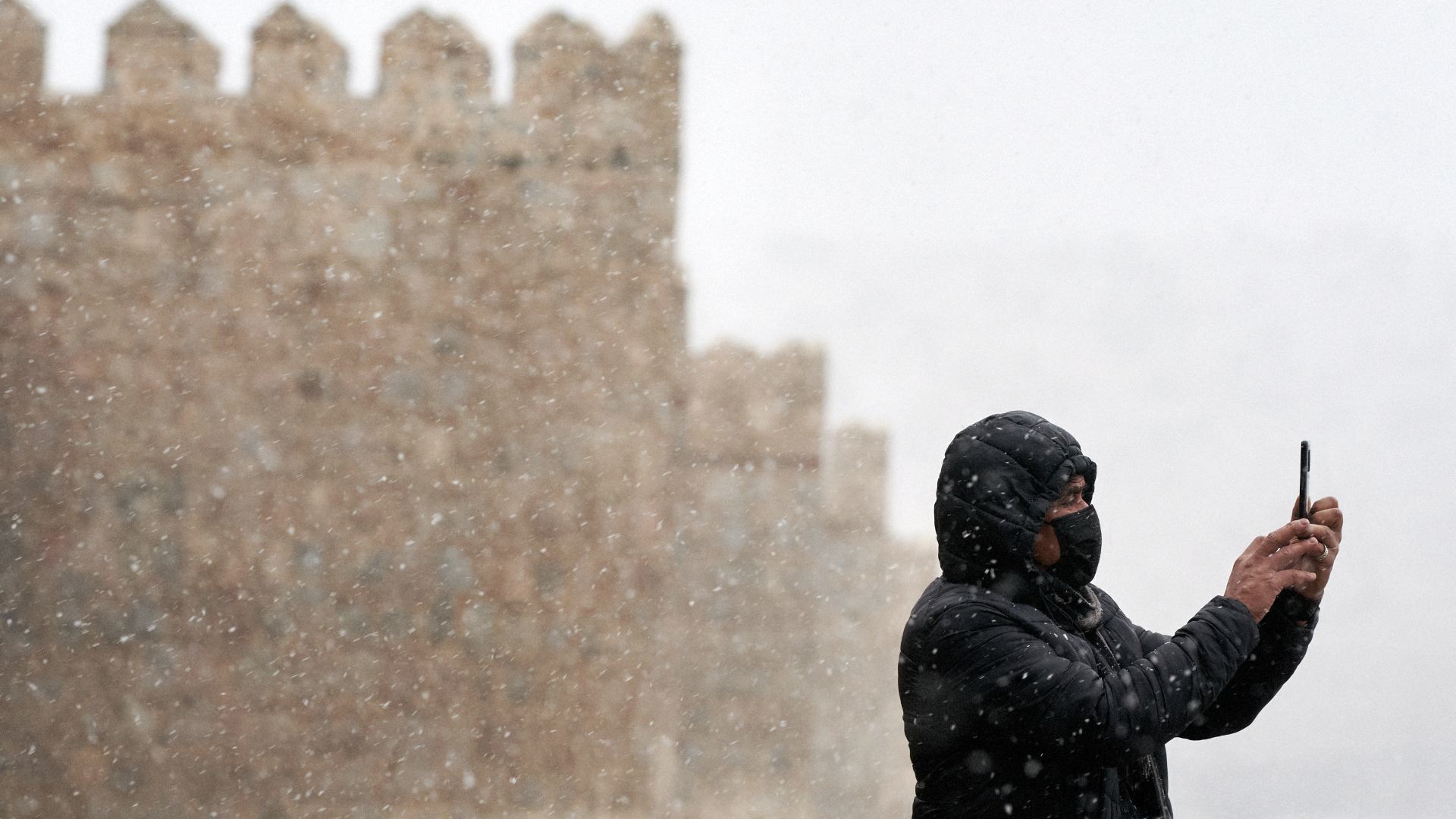 The arrival of a cold air mass from high latitudes, plus the formation of a DANA (Isolated Depression at High Levels), which will evolve rapidly into a cold storm, will keep this week marked by heavy rain and heavy snowfall in large areas of the peninsula and the Balearic Islands, as reported by the State Meteorological Agency (AEMET).

It is very likely that there will be heavy rains, especially in the northeast of the peninsula, and abundant snowfall not only in mountain areas, but also in relatively low elevations below 1,000 meters.

This winter atmosphere will remain, for now, until next Thursday When with great probability another storm reaches the peninsula, Rubén Del Campo, spokesman for the AEMET, has advanced. However, the uncertainty in the prediction is very high.

The Canary Islands are left out of this situation for the moment, But as of Thursday, instability will also increase in the archipelago, with possible heavy rains, especially in the western islands.

Orange alert for rains in Tarragona and Alicante

On Tuesday, “the most adverse day of this winter episode”, the cold storm will be formed with a center in the east of the peninsula, so that the nevadas with greater thicknesses They will take place in eastern areas of Castilla-La Mancha, Teruel, western Zaragoza, Soria and La Rioja, as well as in the central Pyrenees, in the Cantabrian Mountains and the Central System.

These snowfalls will occur throughout the day, which will raise the snow level somewhat, ranging between 800 and 1,200 meters, depending on the areas. It is likely that 20 centimeters thick will be exceeded in the Iberian system and in high areas of the Pyrenees, while the most intense and persistent rains and accompanied by storms they will occur in the Ebro valley and eastern Catalonia.

The southern coast of the province of Alicante will also be alert during the early morning for possible rainfall accumulated in an hour of up to 70 liters per square meter, in a night that has left a white trail in its streets, when hailing in the city between 3:10 and 3:25 hours.

In addition, this Tuesday we will have to take into accountThe wind that will blow with strong gusts in large areas of the Peninsula, even very strong gusts exceeding eighty kilometers per hour on the Catalan Mediterranean coast. Temperatures will continue to drop, so it is a fully winter day with frosts in mountain areas and the center of the peninsula.

The weather will remain unstable at least until the weekend

On Wednesday the unstable atmosphere will remain, since the rainfall will follow in large areas of the Peninsula, especially in the north, center and east, as well as in the Balearic Islands. Although in general these precipitations will already be less intense than on Tuesday. They will still be persistent and of a certain intensity in the Cantabrian Sea, with also locally strong showers in Catalonia, the Community, Valencia and the Balearic Islands.

Snowfall will continue above 800 to 1,000 meters in the surroundings of the Central and Iberian systems, so it could snow again in flat areas, although already raising the level to about one thousand and two. As for temperatures, they will drop in the eastern half of the peninsula and will rise in the western half.

The mornings of RNE with Íñigo Alfonso – What is a DANA and why does it cause such strong storms? – Listen now

As of Thursday, although with uncertainty, it is likely that the storm moves away to the east and it is replaced by another from the north, so that the winter weather will be maintained at least until the end of the week. They will still be persistent and of a certain intensity in the Cantabrian Sea, with also locally strong showers in Catalonia, the Community, Valencia and the Balearic Islands, especially in the Pitiusas Islands.

Given this meteorological forecast for the next few days, the AEMET recommends a more detailed and updated monitoring of this atmospheric situation through its predictions and warnings of adverse phenomena.

A total of 991 snow plows and 173,195 tons of fluxs are prepared by the Ministry of Transport, Mobility and Urban Agenda to deal with snowfall in the communities of Aragon, Castilla-La Mancha, Castilla y León, La Rioja and Madrid.