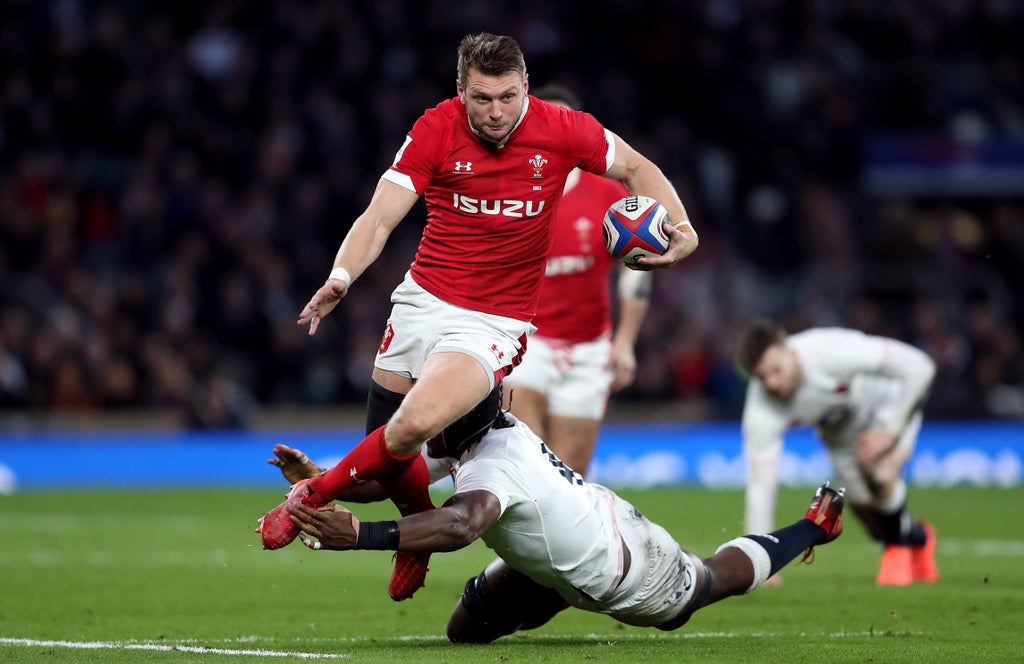 Wales captain Dan Biggar believes that Scotland will not be devoid of pressure in Saturday’s Six Nations clash at the Principality Stadium.

Scotland have not won in Cardiff since 2002, losing eight Six Nations Tests, a World Cup warm-up game and an autumn international.

But based on last weekend’s opening Guinness Six Nations exchanges, they are viewed by many as clear favorites after a Calcutta Cup success against England while Wales were demolished by Ireland in Dublin.

“We know they are coming in good form and confident, but there is a bit of pressure on them that they have been talked up and they have to try and win a championship, from what I am hearing,” Biggar said. “Let’s see how they go in the tournament, and we will judge them at the end of it.

“They are coached well and have some X-factor players. It will be interesting to see how they play because we know they will want to come and throw the ball about and try to score tries that way.

“We are obviously looking for a reaction, so we are hoping to try and stifle that momentum and confidence they have built up.

“Their team looks strong on paper, and they have got individuals that can cause any team in international rugby problems.”

Biggar and Russell were British and Irish Lions colleagues in South Africa last summer, and the Wales number 10 added: “Finn is a player who has perhaps been tagged as someone who can spark something out of nothing, which is true.

See also  Loznitsa in the face of the crisis in Ukraine: "Russia believes it is at the height of its strength" | Culture

“But over the last couple of years he has added game-management and control, as well as having all the flicks and tricks.

“He is a world-class operator, and they have a few of those in the team.”

Biggar will become the ninth Welshman to clock up 100 Test match appearances for Wales and the Lions this weekend, and he will be joined in reaching that milestone by center Jonathan Davies if he features off the bench.

The skipper’s priority, though, is helping to put Wales back on track in pursuit of a successful Six Nations title defence.

“We know we can’t paper over the cracks. We didn’t play well. We played against a very, very good (Ireland) side, but there is no way we put our best foot forward,” he said.

“I have been involved in it for so long, and I know what you get when you get success and win trophies and are successful in this tournament, and I also know the flip-side of it.

“I know that when you don’t play well in this jersey or when you come second-best as we did last weekend, you know there is going to be heat on it.

“We’ve been in these situations so many times. We are grown men at the end of the day, and we have to accept that if you don’t play well you are going to take a bit of flak, and when you do, you will probably get some praise. That’s how it goes.

“We are hoping the frustration and the disappointment and the lack of energy in our performance last week has flipped on its head and we have tonnes of all those things on Saturday.”

As for his Test century, Biggar added: “It’s just a massive amount of pride, but also a little bit of vindication, because I’ve had to endure some highs and lows along the way.

“A few of the lads have mentioned that it’s a good achievement to stick about as long as I have, especially being in the number 10 jersey.”

And the highlight? Wales’ stunning 30-3 success against England in 2013 that gave them the Six Nations title and denied their opponents a Grand Slam.

“I have never experienced a stadium like that, let alone the Principality Stadium, on a match-day,” he said.

“England were coming to town for the Grand Slam, we had to win and the stadium was just electric. Very few of us had a poor game that day.”