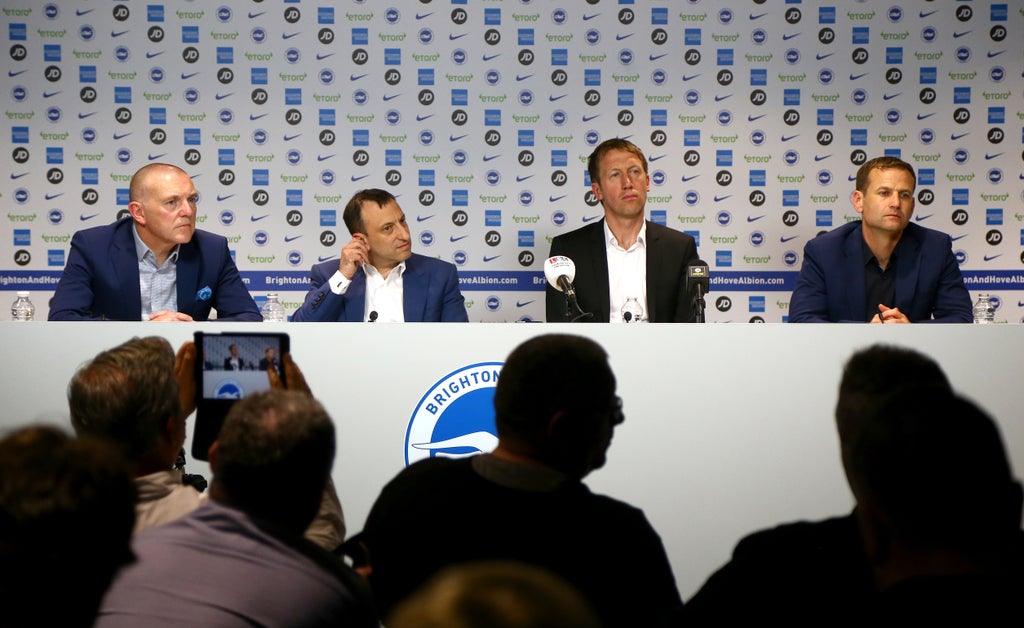 Brighton boss Graham Potter feels the club are in a strong position to move on following the departure of Dan Ashworth as technical director.

On Monday, the Seagulls announced Ashworth had resigned from his position to take up a similar role at another Premier League club.

Ashworth – who has been put on an extended period of gardening leave and linked with a job at Newcastle – joined Brighton from the Football Association in 2019, helping establish them in the top flight.

Potter admitted he was sorry to see Ashworth leave. However, with former Scotland international David Weir set to step up from his assistant role to acting technical director, the Brighton boss knows life will go on at the Amex Stadium.

“Of course I am disappointed, Dan was a colleague, a friend – someone I respect a lot. He’s been an important person at the club, but these things happen, it’s life,” said Potter, appointed in May 2019 shortly after Ashworth’s arrival.

“We are a really well-run football club which doesn’t rely on one person, as important as they are, whether that’s Dan Ashworth, whether that is Graham Potter or (chief executive) Paul Barber.

“There is a good organization here, a fantastic chairman, good people that have been here before me and Dan were here and they will be here after.

“So it is what it is, we will move forward as a club together and we will take on the challenge of life without Dan as best as we can.

“From my perspective, I respect Dan and what he has done for us, I respect the decision that he has made and wish him well.

“But I know as a football club this club doesn’t rely on one person, it is a real collective strength that we have and that is what I think will take us through.”

Potter added: “I feel very secure here and in the club, so I think it’s dangerous as an individual to think that as soon as you leave, everything falls away. That is not the case here, certainly not.

“Our strength is how together we are, how there is a relatively low ego and we are all here trying to do our best and work as well as we can.”

Brighton, who were knocked out of the FA Cup by Tottenham last weekend, travel to relegation battlers Watford on Saturday.

Potter confirmed Alexis Mac Allister, who had tested positive for Covid-19 while away with Argentina, and Leandro Trossard are both available again.

Midfielder Yves Bissouma returned to action against Spurs after being away on international duty at the Africa Cup of Nations.

Villa boss Steven Gerrard revealed they had a bid for Bissouma rejected during the January transfer window, which is reported to have been around £25million.

“You also have to understand the club and him face a point where you have got a decision to make, for example if there’s Champions League interest.

“It’s very difficult, because it not only hampers the relationship with the player, it also damages your whole structure.

“We are clearly not a Champions League-structured team, so it’s quite complex, but we are quite relaxed about it. There is no pressure, no stress, no problem.”

Prince William holds future of British monarchy in his hands