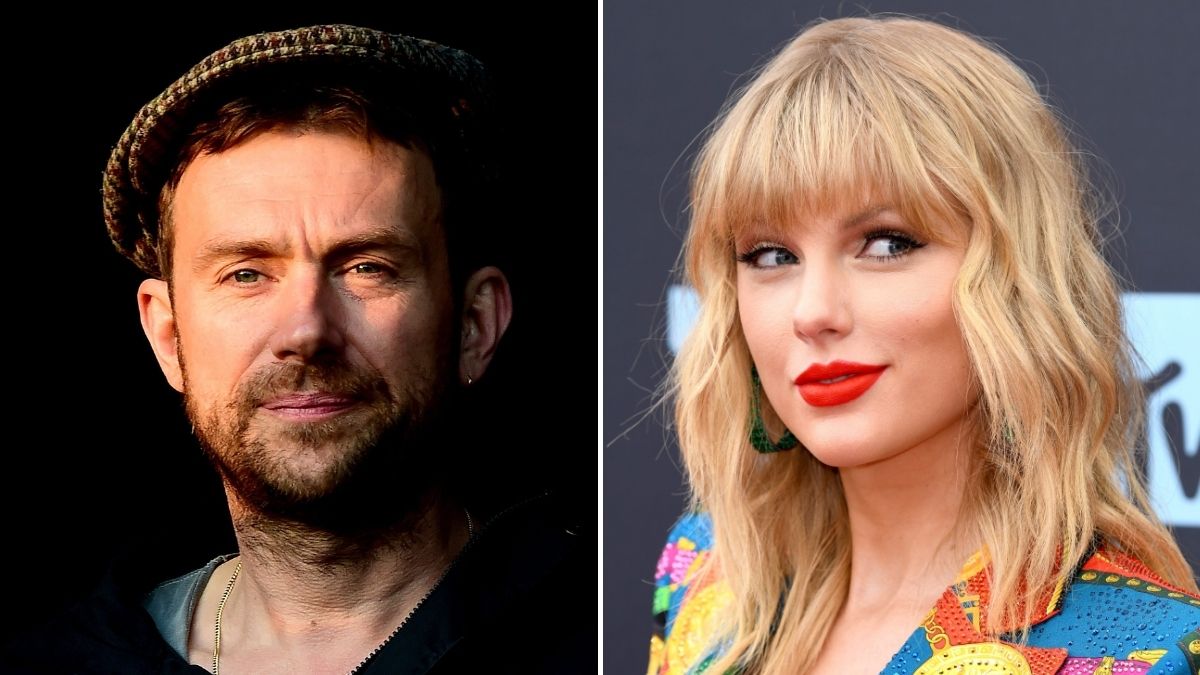 A couple of decades ago, Damon Albarn was one of the most influential musicians on the planet. First as leader and vocalist of Blur and later as co-founder of the virtual band Gorillaz. The Londoner achieved world fame for his songs, but also for his relationships, his controversies, his activism… Last year, in 2021, he released his first album for seven years, and is also giving some concerts, which has placed back in the limelight and in the media. However, more than what he says about himself, he has placed himself in the media spotlight these days because of what he insinuated about another artist who marks part of the global music agenda today: Taylor Swift.

In an interview with the American daily Los Angeles Times, Albarn has spoken about the composition of themes, a task that he has been in charge of during his time in his different bands. Talking about music, bands and attitude, about bands and popular songs, the interviewer asks him. “Do you think there are a lot of modern musicians who trust their sound as much as their attitude?” he replies, “Tell me someone don’t.” Then the journalist replies: “It may not be to your taste, but Taylor Swift is an excellent songwriter.”

That’s when the controversy comes. “She doesn’t write her own songs,” Albarn answers, clearly and without duplicity. “Of course she does. She co-writes some of them, ”replies the interviewer. “That doesn’t count,” says the British musician. “I know what cowriting is. Cowriting is very different from writing. I’m not releasing hate against anyone, I’m just saying that there is a big difference between a composer and a composer who co-writes. That doesn’t mean that what comes out of it can’t be really great. And some of the greatest singers, for example, Ella Fitzgerald, did not write a song in her entire life, ”Albarn states clearly, to continue. “When I sing, I have to close my eyes and focus there. I guess I’m very traditional in that sense. An interesting songwriter is Billie Eilish, and her brother. I find that more attractive than Taylor Swift. She is darker, infinitely less optimistic. Much more minority and rare. I think it’s exceptional”, he concludes, and then continues talking about the United Kingdom, Iceland (of which he is an honorary citizen and where he spends a good part of the year), Boris Johnson or the Beatles, among other topics.

Taylor Swift has spent years creating not only her songs, dozens of them, but many others for Miley Cyrus, Calvin Harris, even together with the great lyricist Andrew Lloyd Weber (part of the soundtrack of cats) or for the soundtrack of The Hunger Games. And that is why she has not remained silent in the face of Albarn’s attack. Although she doesn’t lavish herself too much on social networks, and specifically on Twitter (her last tweet of hers was from mid-December), she monday night wrote one expressly addressed to the British. Quoting another tweet from Los Angeles Times where Albarn’s phrase is remembered in which he says “Taylor Swift? She doesn’t write her own songs,” the Pennsylvanian she replies, “She was a huge fan of yours until I saw this. I write ALL my songs. Your hot opinion is completely false and VERY harmful. You don’t have to like my songs, but it sucks that you try to discredit what I write. Woof”. Those words are accompanied by a postscript: “I wrote this entire tweet by myself, in case you were wondering.”

In just over 12 hours, Swift’s response (whose profile has almost 90 million followers) has been widely shared, with more than half a million I like it and almost 100,000 retweets. In addition, it has received tens of thousands of responses… including that of the leader of Blur himself. Albarn has bowed her head and apologized to the 11-time Grammy winner. “I totally agree with you. I had a conversation about songwriting and sadly it boiled down to clickbait”, that is, to the attempt to try to get clicks on the web. “I apologize unreservedly and unconditionally. The last thing you want to do is discredit the work of writing your songs. I hope you’ll excuse me, Damon.” he writes for his 330,000 followers just an hour after Swift’s tweet.

I totally agree with you. I had a conversation about songwriting and sadly it came down to clickbait. I apologize unreservedly and unconditionally. The last thing I’d want to do is discredit your songwriting. I hope you understand. -Damon

The singer knows how to apologize, because it touches on one of the issues Swift cares about most: control of her own narrative in front of the media and her fans. She has sometimes had some run-ins with the press for asking her questions that she has considered manipulative or sexist, and she has not hesitated to raise her voice against it. And Albarn is precisely trying to go that way to win over the singer, who has not returned to answer her response.

In addition, as a curious special guest of all this controversy, none other than the new president of Chile, Gabriel Boric, has slipped in. From his Twitter profile, with 1.4 million followers, Boric – 35 years old, just three more than Swift – confesses himself as a follower of the singer and shows her support with a message written in English. “Here in Chile you have a great group of people who support you and who know that you write your own songs from the heart. Don’t take seriously guys who need to insult or lie to get attention. Hugs from the south, Taylor.” An answer that has surprised locals and strangers but that, for the moment, has not received a response from the artist.

Here in Chile you have a great group of followers who know that you write your own songs from the heart. Don’t take seriously guys who need to swear or lie to get attention. Hugs from the south Taylor