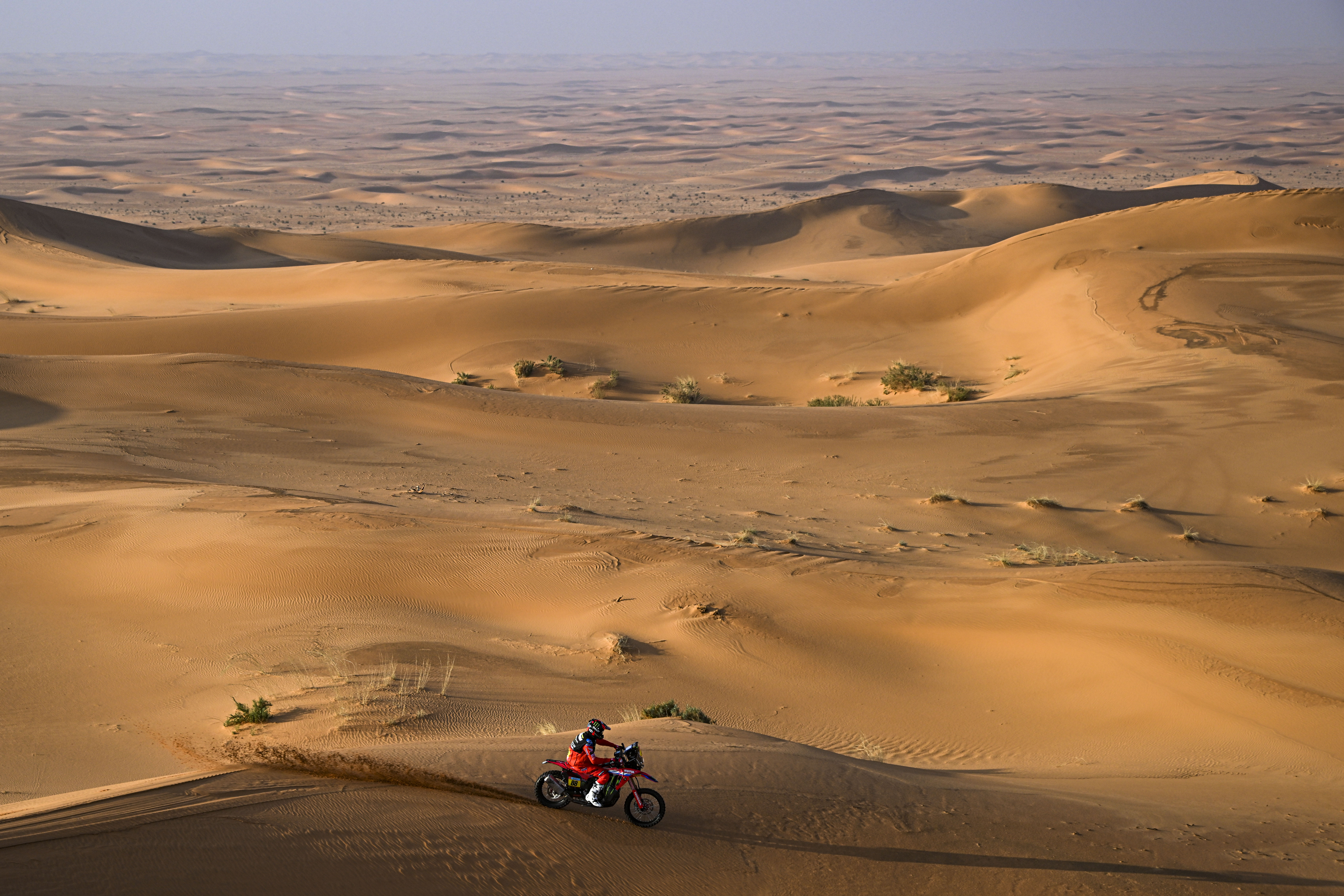 Attacking is good for Joan Barreda. If this Tuesday he accused having to open the track on the way to Al-Qaisumah and left 10 minutes in a very fast special, the one from Torreblanca took advantage of the opportunity this Wednesday. After the more than 38 minutes lost in the first stage, the most difficult to navigate, starting from 24th position was a unique opportunity to get a slice of the longest special of this Dakar Rally: 465 km of timed, with a very fast of about 200 km, followed by a good dose of dunes and stony sections. A demanding and conducive scenario for one of the most experienced riders in the category to take advantage of the guidance of those who had started first and set a barbarous pace with his motorcycle.

With his second victory in this edition in just four stages, Joan Barreda (Honda) climbs to sixth place overall and is now only 13 minutes behind the leader. He took four minutes out of second, his teammate Pablo Quintanilla, and almost seven from a rookie but popular Danilo Petrucci (KTM). The Italian, a MotoGP rider until last November and who suffered a breakdown on his motorcycle on the second day, used the wild card that the organization gave him and was able to continue in the race after repairing his motorcycle and after accepting a penalty of 11 hours. His goal was to enjoy the Dakar and gain experience. He is succeeding. In addition, he is showing that he has the skills to fight in the race in the coming years.

See also  Agreement on transport: the strike in the sector scheduled for next week is called off | Economy

The leader of the classification, Sam Sunderland GasGas), gave ten minutes compared to Barreda’s time and already has Matthias Walkner (KTM), one of the strongest men in the category, three minutes in the general classification.

In the car category, Carlos Sainz defended himself as well as he could as the first car to start and finished third, 52 seconds behind the winner while his Audi teammate, Stéphane Peterhansel was stranded again in the middle of the stage after a accident. The Frenchman broke his car’s rear shock absorber and engine cooling system after a jump. And there he stayed, at kilometer 98 of the special, waiting for the assists.

The stage was won by Qatari Nasser Al-Attiyah, who adds his second victory on this Dakar in a long day, with lots of dunes and difficult navigation in the final kilometers. The Toyota driver had finished 29 seconds behind local driver Yazeed Al Rajhi, but a two-minute penalty for speeding finally left him fifth on the stage. The victory was, therefore, on the rebound, for Al-Attiyah, who is a little more leader when taking 25 seconds to Sébastien Loeb. Sainz was 52 seconds behind the win.

It was a sad day for Nani Roma, who suffered a mechanical problem at the start of the special and stopped at kilometer 80. He and his co-driver Alex Haro tried to repair the fault, but were unable to do so. They had to return to the bivouac by road. The Dakar has ended for Rome, winner of the Rally in 2014.

See also  Liam Boyce versus Hibs at Hampden: Hearts striker recalls goal in front of no fans and his Ross County triumph