Skip to content
Home News Daily antigen test and weekly PCR in January, this is the new LaLiga protocol against COVID | sports 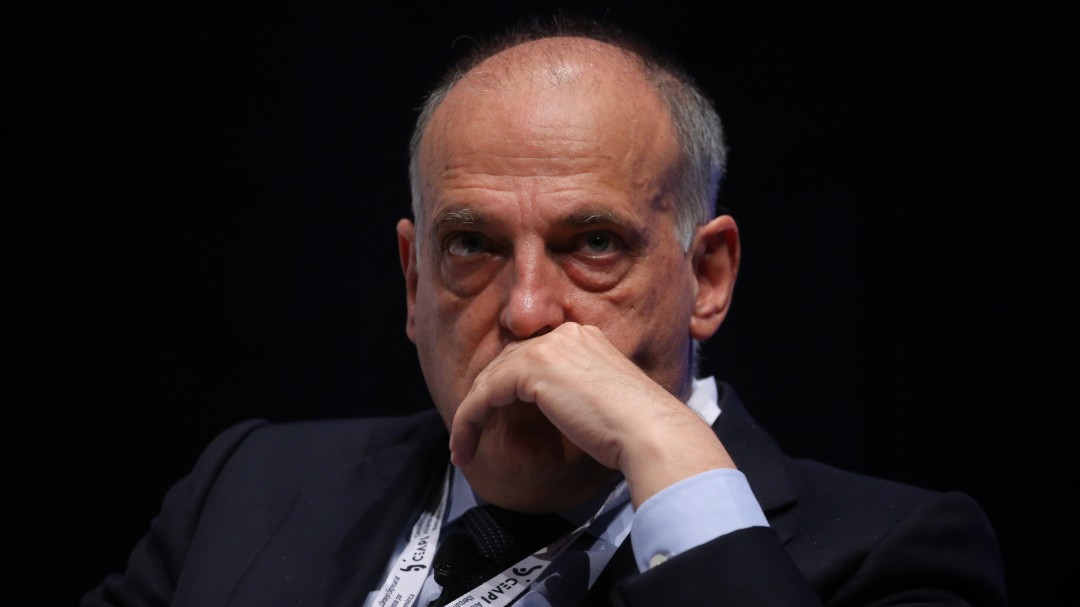 Clubs must carry out a daily antigen test before training for players and staff in contact with the first team and as an additional measure a weekly PCR test during at least the first 15 days of January 2022, as well as a serological control, that will manage and pay for LaLiga.

The new protocol approved this Wednesday by the Delegate Commission in the face of the rebound in the COVID-19 pandemic establishes that on match days the local clubs will do the tests first thing in the day or at the start of the concentration and the visitors before starting displacement. The document, which is a minimum protocol with obligations and recommendations, establishes that the controls must be carried out both on the coaching staff, as well as on the players of the first team, and the subsidiary who are in dynamic of this, and all the personnel who are in direct contact with the first template, regardless of whether or not they have the complete vaccination or immunization schedule, as confirmed by EFE.

60 daily tests to the clubs

ℹ️ Use of FFP2 on the benches

LaLiga will make antigen tests available to clubs for daily operations with a limit of 60 tests per day for both LaLiga Santander and LaLiga SmartBank. At the return of the Christmas holiday period, PCR tests must be carried out prior to the start of the first training session, as well as at the end of the FIFA periods to the players who come with their teams, after three or more days of rest in a row, to the new footballers or technicians who join the clubs and in specific situations to be assessed jointly with LaLiga.

See also  Lemn Sissay: My OBE is for younger self who overcame 'dehumanizing' time in care

These tests will also be paid for and managed by LaLiga with the same limit of 60 in terms of the number of PCR tests. The possibility of doing an additional antigen test in these cases is also enabled and in the event of a negative result, clubs are allowed to train, but not the use of changing rooms or closed spaces. (With a negative result in the antigen test, individual training is allowed and once the results of the PCR tests have been obtained, the clubs will be allowed to train in groups and use changing rooms, taking into account the recommendations).

Clubs must report the results on a daily basis statistically and anonymously, as well as identify the number of people per category who have taken the test (professional player, subsidiary, staff or coaching staff).

Regarding the use of changing rooms on match days and training sessions, the protocol indicates that their use should be limited as much as possible, that footballers must come dressed in training / match clothing to the facilities and shower in the hotel and private homes.

Enabling the largest possible number of changing rooms and limiting their use to a maximum of 7 people, in shifts and in a defined time, are other guidelines set out in the document, along with the provision of exclusive areas for teams in hotels and sports venues. concentration and the limitation of the time of stay in the terminals prior to the trips, in addition to hygiene measures.

Acting in the face of positives

After the communication of the case to the health department of the respective autonomous community and LaLiga, in an aninimized way, the club’s medical services must track the close contacts that positive cases may have had between colleagues and employees during the 48 hours before the onset of symptoms or 48 hours before the test if you are asymptomatic.

The obligation to notify LaLiga of all positives for infection detected by the clubs is established. Communications will exclude any information that identifies those affected. They should only include information to know if the positive is a member of the club’s staff or staff; the date of the test, if the affected person had the complete vaccination schedule and, if so, the date of the last dose and brand administered.