Skip to content
Home News Cyclone Batsirai: Madagascar will be hit by 125mph winds from a major storm 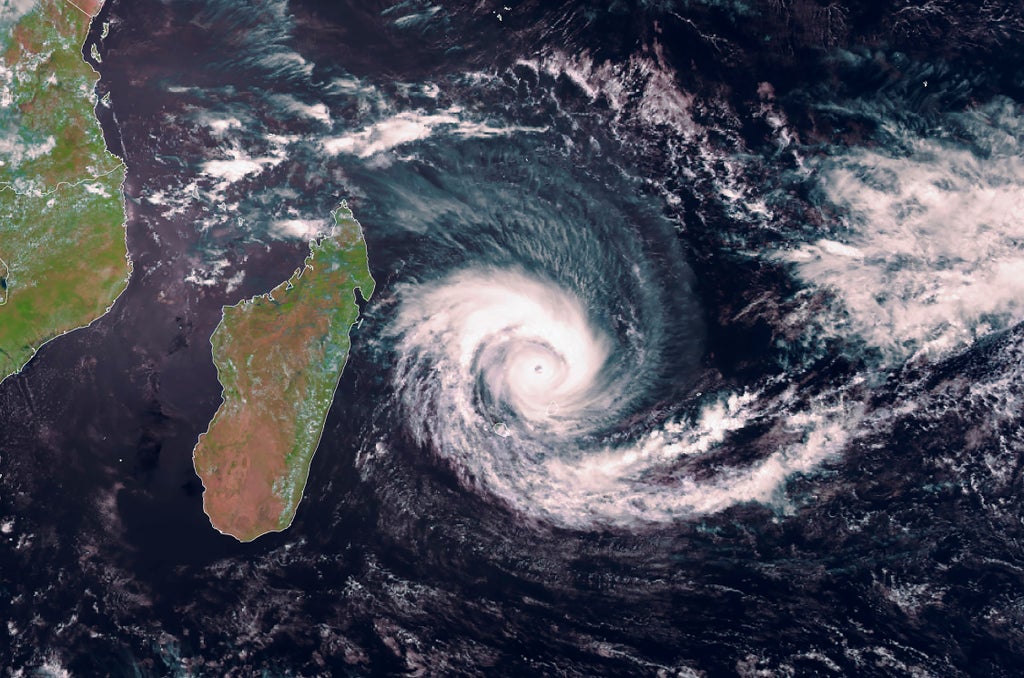 Madagascar is bracing for a new cyclone to hit the country just weeks after Storm Ana hit the country, leaving 151,000 people homeless and killing at least 58.

Cyclone Batsirai will hit the east coast of the island on Saturday, lashing the country with heavy rain and winds of up to 125 miles per hour.

The storm has already passed through the islands of Mauritius and Reunion, killing at least one person in Mauritius and causing widespread power outages.

Jens Laerke of the UN Office for the Coordination of Humanitarian Affairs said he expected a “significant humanitarian impact”.

In January, Cyclone Ana and other heavy rains in Madagascar caused 55 deaths and left 131,000 people homeless. Some 15,000 people have still not been able to return to their homes, according to the National Office for Risk and Disaster Management.

Batsirai may be even more destructive and could force 150,000 people from their homes and seriously affect another 595,000, according to authorities.

“We must be very vigilant,” Gen. Elack Andriankaja, director general of the National Office for Disaster and Risk Management, said Thursday.

“The capital will not be spared… We have already warned residents to leave risk areas, such as the banks of rivers and the sea, areas vulnerable to landslides and houses that will not withstand gusts of wind and the arrival of heavy rains. . .”

In Antananarivo, the capital, many slums that were flooded in January await further rains from the approaching cyclone.

“Now we must prepare to welcome many more victims of the disaster than before,” said Ranto Rakotonjanahary, director general of the Antananarivo Plain Flood Protection Authority.

The east coast of Madagascar, the world’s fourth largest island, is already experiencing cloudy and windy weather as the cyclone approaches, according to Vatomandry gendarmerie group commander Capt. Achille Rakotomavo.

“We are all preparing for the cyclone, in particular with the reinforcement of the roofs. We are using the radio to warn people who live near the sea. These people need to go now,” he said.

“To prepare for the cyclone, people are putting sandbags on the roofs of their houses. The fishermen no longer go out to sea,” said Asmina Baonantenaina, a resident of Tamatave, the second largest city and largest port in Madagascar.

As it is located on the east coast of the island, 340 kilometers (211 miles) east of Antananarivo, Tamatave is expected to be the first center affected by Batsirai.

“We live 200 meters (218 yards) from the beach and we reinforced the fence in our yard,” he said. “Today we are going to stock up on groceries because they told us that on Saturday we would no longer go out.”

The region has been hit repeatedly by severe storms and cyclones in recent years, destroying homes, infrastructure and crops and displacing large numbers of people.

Additional reports from AP and Reuters