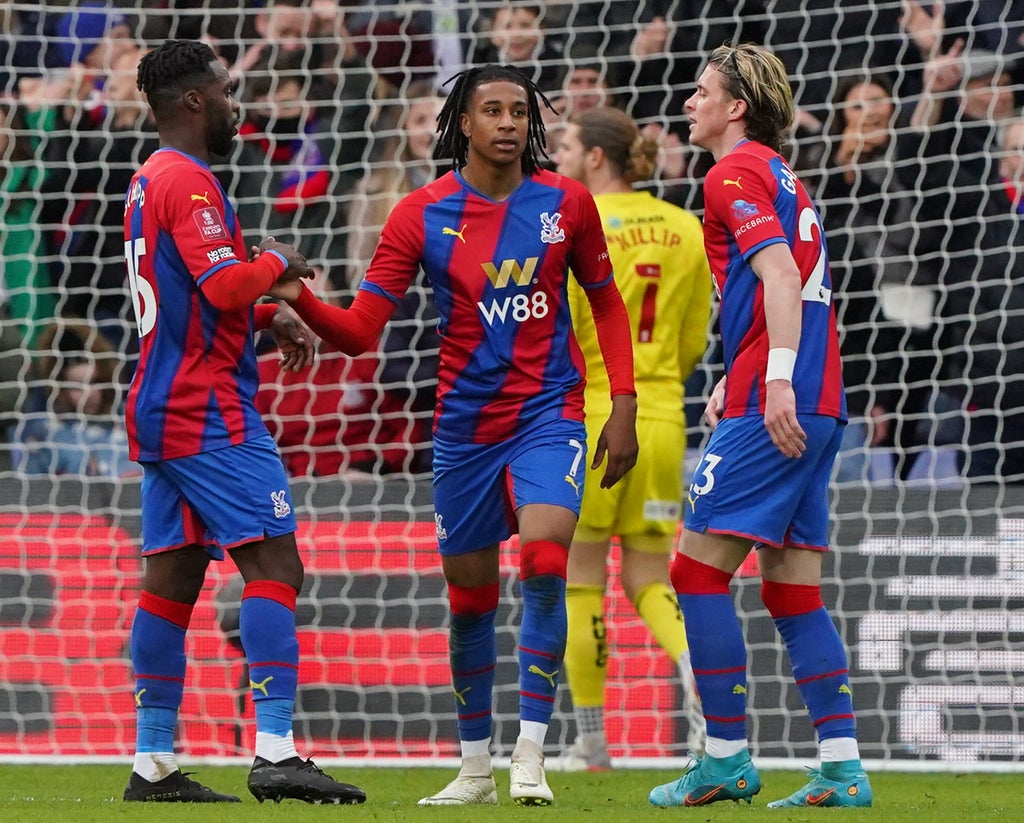 Crystal Palace progressed to the fifth round of the FA Cup after first-half goals from Marc Guehi and Michael Olise defeated Hartlepool at Selhurst Park.

Patrick Vieira’s side were 2-0 up in the 22nd minute and that’s how it ended, despite their Sky Bet League Two opponents improving after the break.

The Eagles could still have triumphed by a larger margin, but their manager, a five-time FA Cup winner as a player, wouldn’t have minded and will be eager for Palace to secure a favorable round of 16 draw on Sunday morning.

Vieira brought out another strong team with just four changes since losing to Liverpool last month. There was a big surprise, with Martin Kelly for the first time in 17 months.

A large contingent of travelers created an electric atmosphere before kick-off, but it didn’t take long for the Premier League club to flex their muscles.

There were only four minutes left on the clock when Guehi scored his third goal since a summer move from Chelsea.

Olise crafted a marvelous free-kick from the right and England U-21 centre-back Guehi timed his run to perfection before scoring an equally impressive finish.

More minutes were given to Ebere Eze, who magnificently worked a yard of space before seeing Gary Liddle’s shot deflected wide after 16 minutes.

Eze seemed to be in the mood and dribbled past two opponents shortly after before he was brought down, but the resulting free kick was deflected by the playmaker.

Hartlepool had brought 4,700 fans to the capital and a sustained period of possession saw the visiting support erupt in a chorus of oles.

However, Palace, and in particular Olise, brought them back to earth in the 22nd minute, as the hosts won 2-0.

Joel Ward recovered a short goal kick and Conor Gallagher found Olise, who lobbed the ball past Croydon-born Timi Odusina before looking in again and sending the ball into the bottom corner.

Olise fired another shot wide, while defender Ward was also denied a goal before halftime when his low shot was saved by Ben Killip.

The Hartlepool goalkeeper was busy early in the second half, producing a double save to fend off the relentless Olise and Jean-Philippe Mateta also had a shot saved.

Mateta had earlier hit a post and Tyrick Mitchell ended the follow-up, but the hosts’ attempts to end the game were delayed in the 53rd minute when play was stopped due to a medical emergency at the visiting winger.

Doctors from both teams rushed to help and received a standing ovation seven minutes later when they returned to their seats.

When play resumed it was Hartlepool who threatened with Luke Molyneux denied by Butland after a good run before Bryn Morris shot from distance and forced the Palace goalkeeper into a great save.

Vieira had made a triple substitution at this point and later fielded 18-year-old Tayo Adaramola for his debut, but there was no final flourish with Killip able to deny substitutes Will Hughes and Odsonne Edouard to ensure he finished 2- 0.