Skip to content
Home News Crossing of communications between Real Madrid, Barcelona and Athletic Club and LaLiga due to the agreement with CVC | sports 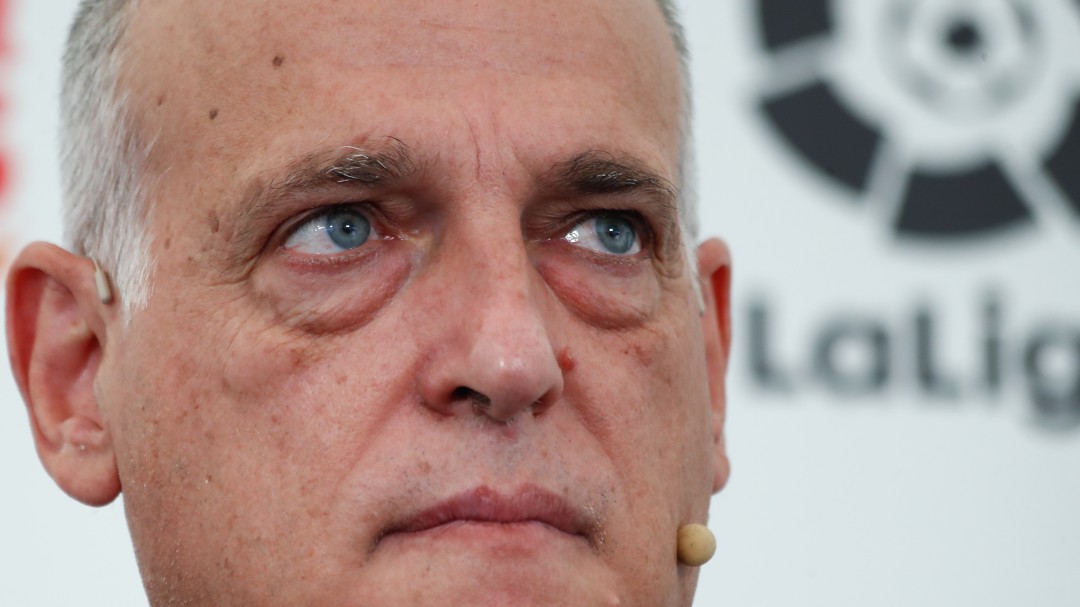 The president of LaLiga, Javier Tebas, has assured that “the LaLiga Impulso Project is feasible immediately and with full respect for the rules” that govern against the one defended by Real Madrid, Barcelona and Athletic, which “collides head-on with the structure of current funding of clubs “. In a new letter sent to the clubs on Tuesday in response to the last of the three mentioned, Thebes insists that the “Sustainable Project” they defend “repeats the same arguments with the sole intention of generating maximum uncertainty and confusion to achieve, in any case, that LaLiga Impulso does not go ahead “.

“The La Liga Impulso Project is framed within the private sphere of self-organization of La Liga and relies on the full capacity of LaLiga and the clubs to organize their economic relations. It is an operation that is immediately and fully feasible. I respect the rules that govern us, “he says.

In the document, Tebas maintains that “it is not, in any way, an exclusive project of La Liga” and that “it will only be carried out if it is approved by the General Assembly by a large majority and will have the individual consent of all. and each of the participating clubs “. “It is, in short, and how could it be otherwise, a joint project of La Liga and the clubs,” he adds.

After indicating that the initiative of Real Madrid, Barcelona and Athletic presents “numerous errors” in the financial plane, Tebas defends that the objective of LaLiga Impulso coincides with the Royal Decree-Law 5/2015, whose purpose, “as the courts is that the joint negotiation model can be carried out and so that it can obtain the best possible performance of the rights of which the clubs are holders, which requires a wide margin of freedom of action from the organizer “.

Also that the capital invested by the CVC fund “is sent to the clubs in the form of a participative loan regulated by article 20 of Royal Decree-Law 7/1996, of June 7, which provides that participative loans in order to priority of credits will be placed after common creditors “.

“Consequently, all clubs can take this: participatory loan without asking their creditors for consent. The clubs are not going to grant any type of pledge or lien on their rights, which also continue to be 100% of their exclusive ownership. Furthermore, they are not there is no right of compensation that creates a legal preference on other creditors of the clubs, but a mere mechanics of payments by compensation without effect in front of third creditors, it maintains.

Tebas rejects the accusation of fraud of the law made by the defenders of the alternative project, “a habitual reproach made by Real Madrid to LaLiga together with that of expropriating conduct”, abuse of rights or bad faith “, rejected by the judicial bodies, which “They have even come to disqualify the conduct of Real Madrid, considering that it is precisely the club that is in bad faith and abuse of rights.”

“LaLiga cannot be subjected to a club that after more than three years clandestinely planning the operation of the Super League, presented the project just 6 months ago knowing that it was lethal for our league as numerous third party reports have shown. With arguments Deceptive, disguising the salvation movement for all clubs and legally threatening LaLiga. Exactly the same as now, “he adds.

See also  No pictures, please! The charming army of penguins not for Instagram

Three days before the Assembly in which a final decision will be made, Tebas reminds the clubs that LaLiga already announced weeks ago that it was anticipating “days of media conflict and noise aimed at making us lose focus of the common goal of working for a Better and stronger league “.

“And we are seeing it: artificial diffusion on social networks, use of the usual media springs, generation of confusion, legal threats, pressure of all kinds … Fortunately, it is already a modus operandi that we all know. We still have complicated days left. ahead because they will not cease in their efforts, so we will have to continue working for the common goal of a strong, competitive League with a future, “he concludes.

Farming: Scientific study shows fertilizer use could be cut