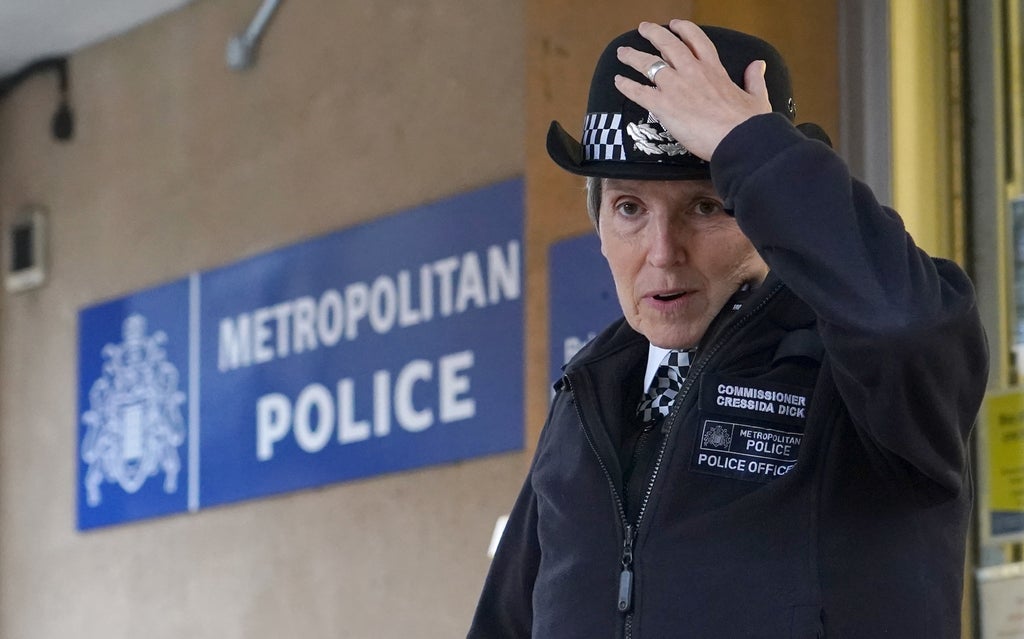 Dame Cressida Dick’s resignation as Commissioner of the Metropolitan Police has sparked polarized reactions, with critics “delighted” while supporters are “deeply saddened”.

In a statement on Thursday, Dame Cressida said she will stand aside because London Mayor Sadiq Khan “no longer has sufficient confidence in my leadership to continue”.

The news comes a week after Mr Khan said he was “not satisfied” with the Met’s Commissioner’s response to calls for change following a series of scandals including the murder of Sarah Everard by serving officer Wayne Couzens, as well as racist, misogynist and homophobic messages exchanged by officers at Charing Cross Police Station.

Alastair Morgan who has spent decades campaigning for justice for his brother Daniel, who was killed with an ax in a pub car park in Sydenham, south-east London in the 1980s, said Dame Cressida Dick has “disappointed” his family on every level.

Speaking to the PA news agency, he said: “The first time I dealt with Cressida Dick was in 2012 and since then all she has done in relation to my family is just delay, obstruct and disappointment on a huge level.

“Although I think it is a shame that we are seeing another commissioner disappear under a cloud of smoke, it is necessary.

“My only anxiety now is who is going to replace her and face the massive job in front of them of rebuilding confidence in the Met.”

Meanwhile, colleagues and supporters of Dame Cressida have condemned the way she was forced to resign, saying she was “much loved” across the force.

Speaking to the PA news agency, Metropolitan Police Federation chairman Ken Marsh said: “We are deeply saddened by the resignation of our commissioner.

“She was much loved across the rank and file of the Metropolitan Police Service.

“We feel the way she has been treated is wholly unfair and we did believe that she was the person who could take us through this and bring us out the other side.”

Boris Johnson also praised the outgoing commissioner for serving with “great dedication and distinction over many decades”.

“I thank her for her role protecting the public and making our streets safer,” he tweeted.

Home Secretary Priti Patel said Dame Cressida “held the role during challenging times” and “exemplified the increasingly diverse nature of our police” as the first woman to hold the post.

“She would be the first to say that she has held the role during challenging times; yet for nearly five years she has undertaken her duties de ella with a steadfast dedication to protecting our capital city and its people, including during the unprecedented period of the pandemic, ”Ms Patel said.

Liberal Democrat leader Sir Ed Davey also thanked her, but added “a change of leadership in the Met is long overdue”.

He also demanded that Mr Johnson “publicly recuse” himself over the appointment of his successor due to the ongoing Met investigation into parties held in No 10 during Covid restrictions.

Meanwhile, critics of Dame Cressida welcomed her resignation, with former Tory MP Harvey Proctor saying he was “delighted” by the news.

“It is now time to clean the Augean stables so that a full inquiry can be conducted on all her personal mistakes,” he said.

Campaign group Reclaim The Streets, which is bringing a legal challenge against the force over its handling of a Sarah Everard vigil, simply tweeted: “Good Riddance.”

“The replacement must be committed to serious reform and building trust back into the Met.”

In a statement, Dame Cressida said: “It is with enormous sadness that following contact with the Mayor of London today, it is clear that the Mayor no longer has sufficient confidence in my leadership to continue.