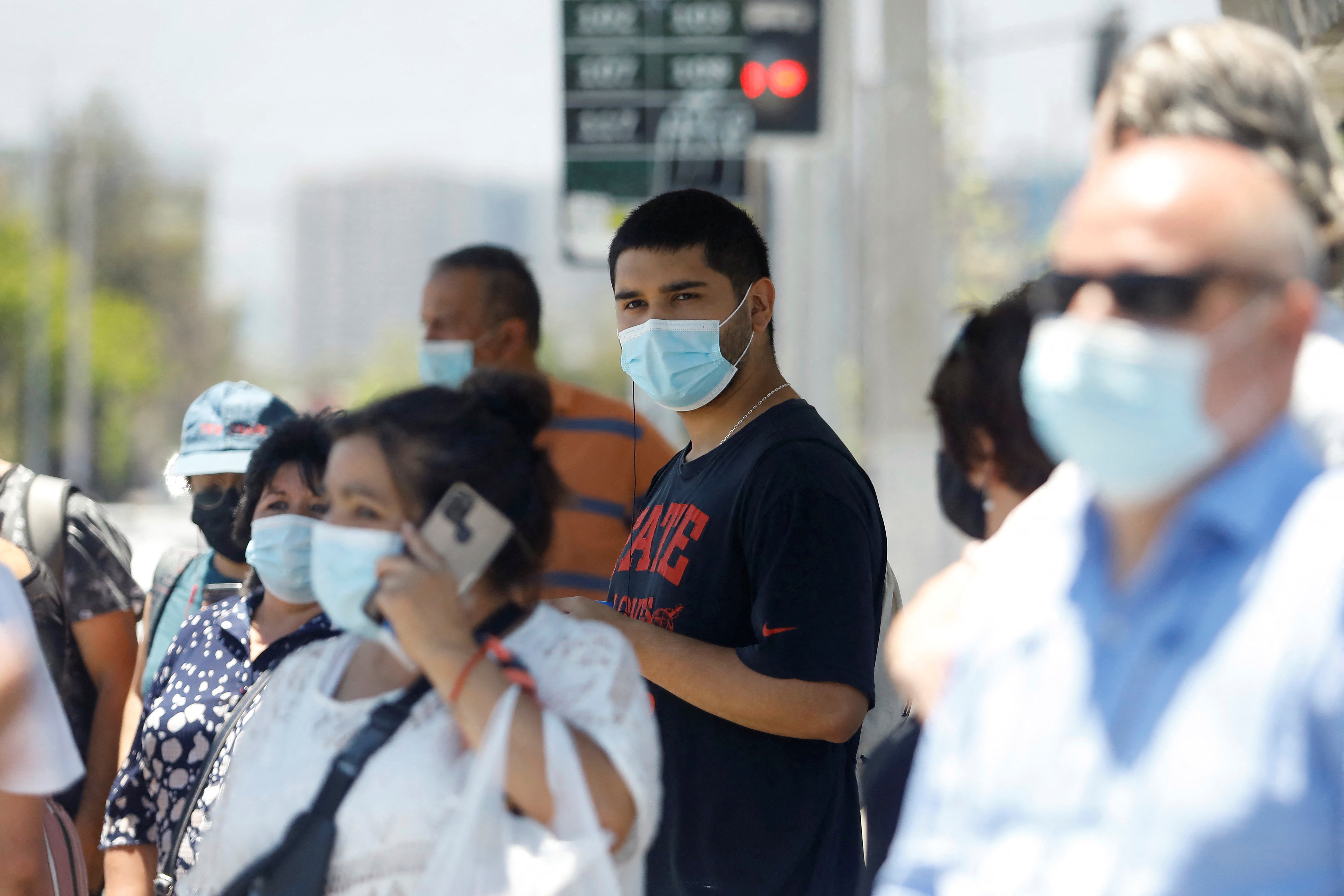 The delay and infrequency of public transport in the streets of Santiago has marked this day of presidential elections, of great importance in a country like Chile, which has pending legal adjustments to bring the polling stations closer to the places where people live (what is called domiciliary or residential vote). From the campaign team of the leftist Gabriel Boric they have accused an “operation” on the part of the Government of Sebastián Piñera in favor of the candidacy of José Antonio Kast, leader of the Republican Party. “Faced with the Chilean government’s operation to limit public transportation in favor of its candidate, we call for the organization of taxis, buses and shared cars to transfer voters. Always with masks and windows down, “wrote the doctor Izkia Siches, Boric’s campaign manager in this second round, which ended with a hashtag #DefendDemocracy.

It is an unprecedented fact in the recent Chilean elections that a government is accused of interventionism, especially on the same election day, where Boric would run with an advantage over his container. In the morning, part of Alameda, Santiago’s main thoroughfare, was closed due to the installation of a large stage, where Boric is scheduled to deliver his speech upon meeting.

Some voters chose to take a taxi due to a shortage of buses, provoking their anger at having to shell out an unforeseen sum of money to exercise the right. “Voting cost me more than 5,000 pesos ($ 6). That cannot be, ”criticized a woman interviewed on television and another, older, regretted that she had to take two buses to get to her voting center and had been waiting 50 minutes for the first one on the route. “There is no locomotion and it is very hot,” he said on a tense election day due to the polarization climate that Chile has been experiencing since the 2019 riots.

Karen Melo, 52, an administrator at a hospital, lives in the center of Santiago and votes in another municipality, where her parents reside. Sometimes he will stay with them the day before the elections to avoid traffic jams. He has not wanted to change the address to fulfill the tradition that Election Day is a family day. In addition to the overflowing bus stops, the streets were flooded with cars, which caused kilometer-long traffic jams in the main arteries of Santiago.

The mayor of the municipality of Recoleta, Daniel Jadue, the communist candidate who lost the primary to Boric last July, went further than Siches and accused “a blatant boycott.” “They said that there would be a reinforcement of transport for these votes. Today we see terminals full of buses and bus stops full of people waiting to vote, “said one of the main faces of the Communist Party, the formation with the largest number of militants of the Approve Dignity pact, of which Boric is a part, and which will have the most important bench of the alliance in Congress as of next March.

Boric himself assured, through Twitter, that, “according to the public transport monitoring record, in the Metropolitan Region there are half the number of buses in a normal day.” Then, in statements to the press, he clarified: “Beyond attributing responsibilities, what I ask is that solutions be found immediately and in that the Government does have the responsibility to find the solution. Later we will see what has happened ”, said the deputy of the Broad Front. “We know that there are places where 50% of the fleet is working, rural sectors where public transport is simply not passing,” added the candidate on the left.

Kast also asked for solidarity among the citizens for the transfers. “What interests us is that the largest number of people go to vote. In the meantime, ask all the neighbors who have a vehicle, a van, to collaborate so that no one waits for hours to vote. Today we must all do our best so that the people can vote. The more people vote, the better it will be, ”said the extreme right candidate, who does not belong to the government alliance, although he won the support of the ruling parties in this second round.

The Piñera government reacted from La Moneda. The Minister of Transport, Gloria Hutt, after a first appearance appeared a second time covered by the Minister of the Interior, Rodrigo Delgado, and the spokesman for the Executive, Jaime Bellolio. The Government explained that the vehicular congestion has occurred because many people left early to vote, cars have caused large traffic jams and that only in Santiago has vehicular flow increased by 19.1%, which has caused at least 300 conflict points in the capital and traffic delays. “What we have done in all the elections has been to allow and encourage high participation,” said Bellolio, who recalled that the city’s metro is running for free.

“Therefore, I categorically deny those people who are trying to install a falsehood of the bearing of a cathedral,” said the spokesman in reference to the accusations against the Government. According to Bellolio, there are 75% more buses than a normal Sunday. “When they say that buses have been removed from circulation, they are lying,” added the minister. He indicated that the frequency has increased, that unfortunately there has been a delay due to traffic, but that there are 4,500 buses in circulation, when a normal working day during the week there are about 5,000. Bellolio assured, in turn, that there has been a coordinated operation for a few days to try to offend the Government in the framework of the elections, which he considered “unacceptable in a democracy.”

In the morning, the director of the Electoral Service, Andrés Tagle, expressed his concern about the frequency of public transport. In any case, if there are delays, the law provides that the polls cannot be closed until there is no one waiting to vote.

The traffic jams were not only seen in the Chilean capital. In some areas of the Valparaíso, Bío Bío or Araucanía Region, where Kast tripled Boric in the first round, the road chaos also angered voters. Juan Santa María, 36, says it took him an hour to get to his polling station, when on a normal day the journey is 15 minutes. “Again an error of poor urban planning and coordination between Carabineros [la policía] and the municipality [la administración local] they slow down the voting process, “said the architect by telephone, who clarified that within the electoral college the process was” very expeditious. “

“The good thing is that it is quick to vote, the problem is locomotion,” repeated voters at the Liceo Bicentenario Carmela Silva Donoso, in the municipality of ñuñoa, where an upper-middle class and popular sectors converge, where local authorities also supported with additional buses to transfer the neighbors. With the ghost of November 19, where voters spent long minutes inside the ballot box marking their preference for president, deputies, senators and regional authorities, taking a long time inside the ballot box and causing long lines, people came this second round more early to the voting centers.