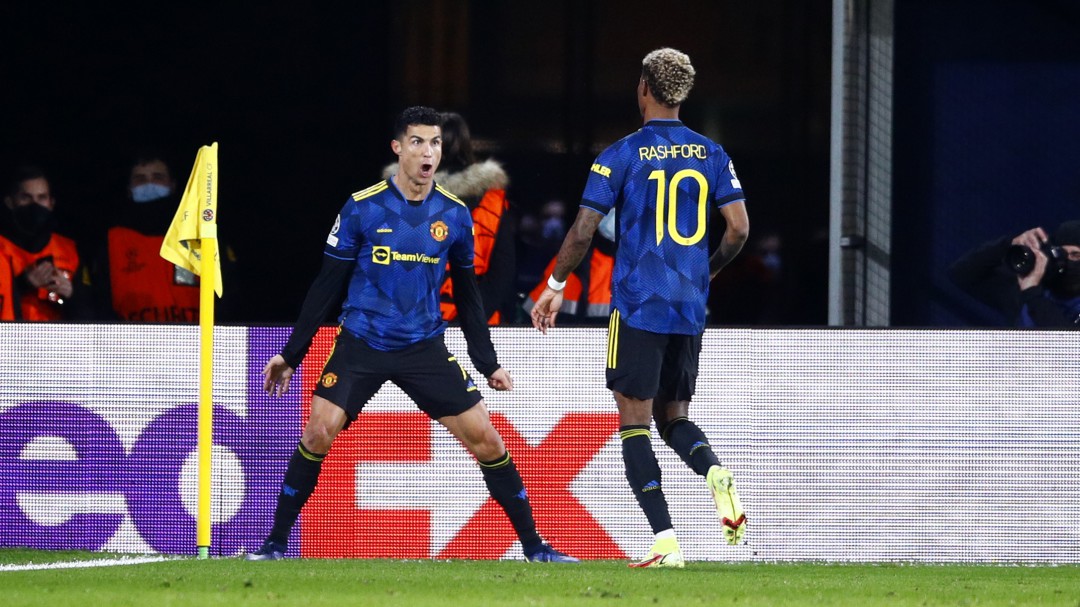 Villarreal complicates life on the penultimate day of the Champions League group stage when they lost against Manchester United (0-2) at the Estadio de la Cerámica. The people of Castellón will play their pass to the second round in Bergamo against Atalanta in a match that could mark the season for Unai Emery’s men.

After the problems that delayed the start, the match started as expected due to the needs of both teams. Manchester United, a team in a vital moment very different from that of a few months ago in the Europa League final, had a very different line-up to what Solskjaer had been testing. Same drawing (the 1-4-2-3-1 so common in today’s football), but different players in Carrick’s debut: Anthony Martial, Donny van de Beek and Jadon Sancho were the members of the midfielder, trying to supply of balls to Cristiano Ronaldo.

It was not for the Portuguese, however the first occasion was from Manchester United through McTominay. The Red Devils they were touched, but not sunk, so Villarreal had to wake up. Emery’s men were getting into the rhythm of the game, giving the fans an entertaining round trip in which the people of Castellón generated more danger thanks to their good outside play. Yeremi Pino, Danjuma and Estupiñán sought to accelerate the attacks, while the defenders and double pivot that formed Parejo and Capoué put chloroform into the game as soon as United had possession.

Despite those eagerness to sleep the game, something logical on the part of Emery against a team that finds it difficult to attack tight defenses, Villarreal had to deal with the competitiveness of Cristiano Ronaldo. To his already usual jumps looking to hunt a center, he added a mobility that the Portuguese star had not seen for a long time, making the yellow centrals doubt and giving support to all the talent that the English had in three quarters of the field. Even so, the game, tremendously even, went to rest without having released the scoreboard.

The start of the second half began with a score by both teams, aware that it was a key day to qualify for the second round. Then, after a good possession, a rebound reached Trigueros in the area, which appeared unmarked from the second row. His volley shot went straight to the strain of the post, that place that shots always look for and goalkeepers hate, being a sung goal. But no, that shot would not end up on the net: David De Gea, the footballer who carries resilience as a flag in the last years of his career, signed an anthological stop.

The Red Devils, after a chance from Danjuma that came after a new good possession from Castellón, they moved the bench. Michael Carrick’s bet on Martial and van de Beek had not worked, so it was time to take out Bruno Fernandes and Marcus Rashford. With both players on the field, Villarreal fell back a few meters, trying to narrow the spaces between midfield and defense to reduce the impact of the English attackers and look for a counterattack that would punish the opponent’s offensive tactic.

Still, the talent of United’s offensive players is enormous. Fernandes, one of the greatest specialists today in breaking these types of matches, was in his sauce, punishing Villarreal with his filtered passes. The English goal came close through Sancho, but Rulli was brilliant at the start, stopping the shot.

United had smelled blood and Villarreal was increasingly locked up. The pressure of the visitors was becoming more effective and the legs of the people of Castellón were getting more and more tired. The failure was looming, and from taking so much the jug to the source, it ended up breaking. A bad exit of the ball by Rulli and Capoué caused a clearance in the semifallo of the latter, enabling a Cristiano Ronaldo who, in hand-to-hand, did not fail to score his fifth goal in this edition of the Champions League. As at Old Trafford, the Portuguese once again made Villarreal’s night bitter.

Emery moved chip, betting on a more offensive tactic. Despite this, United was very well protected, breaking Villarreal on the backlash. After several warnings, one against that Ronaldo started, Sancho sentenced with an exceptional shot against which Rulli could do little. With this goal, the Castellón team lowered their arms, already thinking about the final of the next day against Atalanta. Meanwhile, like every year, Ronaldo’s team is already in the round of 16. It may have been at a bad time, but there are things that will never change in the competition that the Portuguese dominates so much.