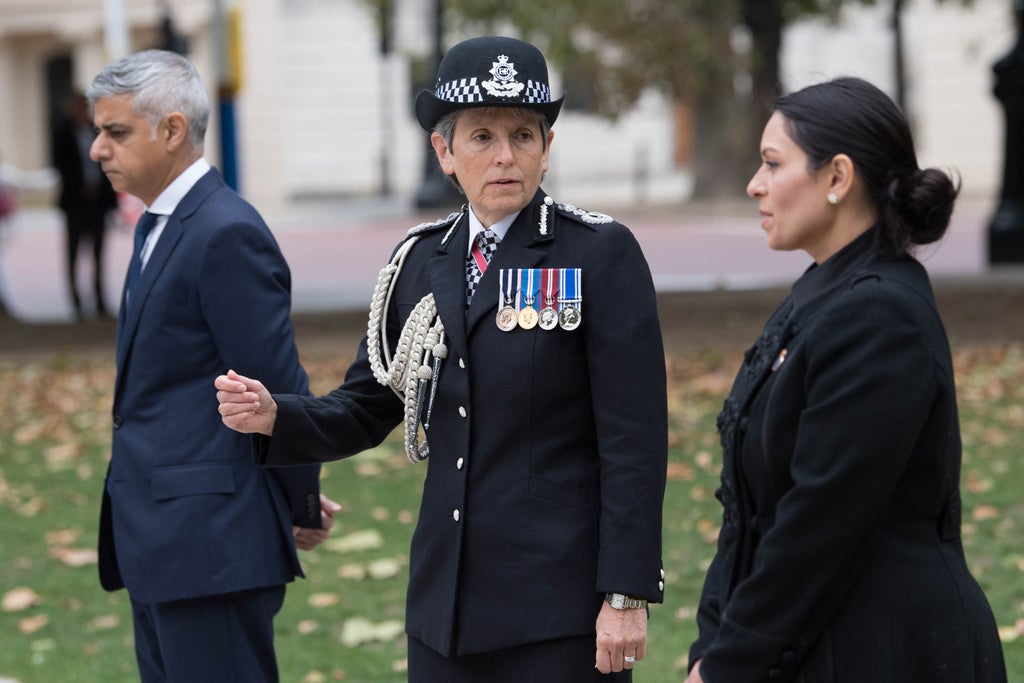 The home secretary warned that Dame Cressida Dick’s successor would face “stark challenges” amid a wave of scandals.

Her comments came after the Home Office was caught by surprise over the commissioner’s resignation on Thursday evening.

Hours before, Dame Cressida said she had “absolutely no intention” of stepping down, but said she was left “no choice” after London Major Sadiq Khan expressed no confidence in her leadership.

Writing in the Evening StandardMs Patel said: “Today, as I prepare to begin the process of choosing her successor, I want to reassure Londoners and people across the country of my commitment to selecting the right leader for the largest police force in the UK.

“Leading the Met is a privilege with enormous and unique responsibilities.”

“The public in London and across the entire country must once again have confidence in the integrity and professionalism of the police officers who serve them,” she added.

“Policing culture and conduct have rightly come under scrutiny. Be in no doubt that a new leader must tackle these institutional issues.

“I will appoint a commissioner who will deliver results for the public that our police serve and represent.”

Tributes continued to pour in for Dame Cressida’s service from senior police officers on Friday morning, as critics hailed her departure as an important step towards accountability and change.

The commissioner had maintained her post during a barrage of scandals, from the murder of Sarah Everard to an officer outed as a member of a neo-Nazi terrorist group, rashes of fatal teenage stabbings and the endless murders of women, including one under the supposed protection of a Stalking Protection Order.

The commissioner was also haunted by ghosts of the past, as the Metropolitan Police’s previous wrongdoing was pored over by a succession of damning inquiries that sparked accusations of “institutional corruption”, homophobia and incompetence.

The mayor of London said that he “made clear the scale of change urgently required” to address racism, sexism, homophobia, misogyny and bullying after the report was released.

“I am not satisfied with the commissioner’s response,” Mr Khan added. “On being informed of this, Dame Cressida has said she will be standing aside. It’s clear that the only way to start to deliver the scale of the change required is to have new leadership right at the top of the Metropolitan Police.”

He said he would “work closely” with Ms Patel on the appointment of a new commissioner, which is led by the Home Office due to the post’s wide-ranging responsibilities.