Skip to content
Home News Covid vaccine to be offered to all five to 11-year-olds in Wales, minister says 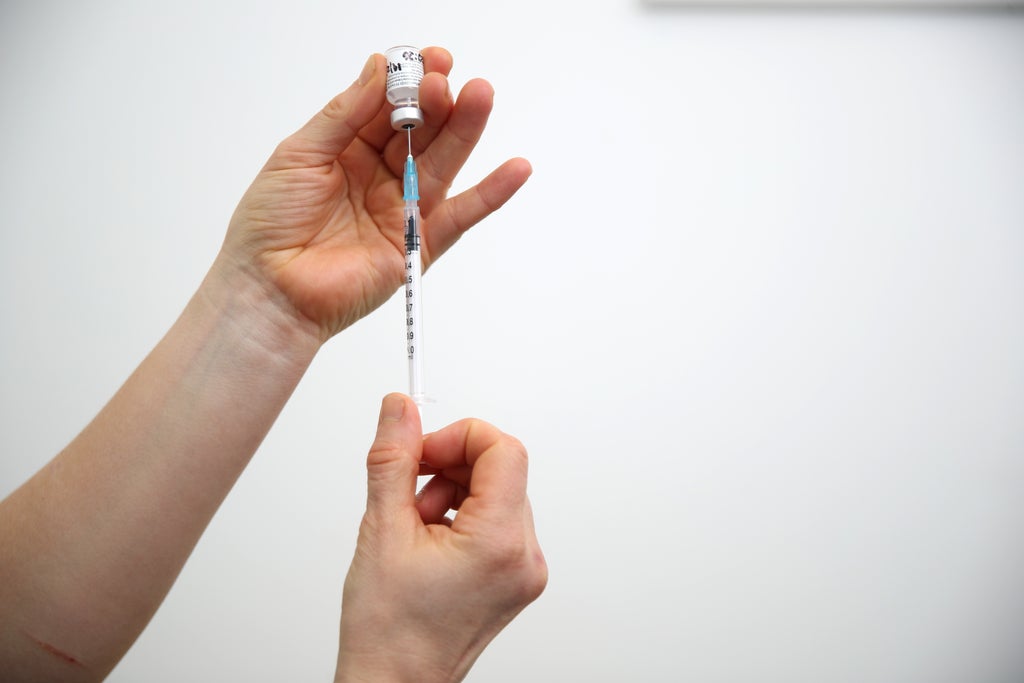 Wales has become the first country in the UK to announce it will be offering the Covid-19 vaccine to all five to 11-year-olds.

Wales’ health minister Eluned Morgan said she had read the “yet to be published” report by the Joint Committee on Vaccination and Immunization (JCVI) and would be further rolling out the jab.

There are reports the JCVI announcement of its decision on whether to expand the immunization program to younger children has been delayed due to a disagreement with the UK Government.

Responding to questions during a Plenary session at the Senedd on Tuesday, Baroness Morgan called the hold-up a “shame” and “perplexing”.

She said: “In relation to vaccination of children, the JCVI has yet to publish its report, although there are lots of clues in The Guardian and other places where there seems to have been lots of leaks come out.

“It’s a shame and it’s perplexing to understand why that has not been published yet.

“But I have seen a copy of that advice and we will be beginning the rollout of vaccinations for five to 11-year-olds.”

The minister has not set out a timetable for when youngsters will be able to get the jab, and told Senedd members: “We’re not going to do that as a matter of urgency, as we did over the Christmas period. That’s partly because the risk isn’t as great to that cohort.

“And we’re also waiting to hear from the JCVI to see whether they’ll need a booster on top of the booster for older age groups in the spring.”

She added: “Of course, it’s likely to have been a very difficult decision for the JCVI, because generally, children have a milder illness and fewer hospitalisations. But, of course, they have to balance that against the prospect of missing school.

“We have to consider very different issues when it comes to the vaccination of children as young as five years old, of course, so we’ll be in a position where we will expect those children to be accompanied by an adult. There will be a need for informed consent, but there will be an opportunity for siblings, for example, to be brought at the same time.”

The UK medical regulator, the Medicines and Healthcare products Regulatory Agency (MHRA), approved the Pfizer Covid-19 vaccine for use in children aged five to 11 last year.

The dose approved for children is lower than that used for adults and older children.

After the announcement, the JCVI said that the vaccine should be offered to at-risk children in this age group. It is yet to announce its decision about wider use among children aged five to 11.

Over 5.5 million dosages of the vaccine have already been administered to five to 11-year-olds in the US alone.

A Government spokesperson in Westminster said: “We are reviewing the JCVI’s advice as part of wider decision-making ahead of the publication of our long-term strategy for living with COVID-19. More detail will be set out shortly.”

The Government in England is expected to make an announcement next week.

A spokeswoman for the Scottish Government urged Westminster to quickly publish the advice, saying they “stand ready” to implement any JCVI recommendation.

“When the UK Government publishes the final advice on vaccination for 5 to 11-year-olds we stand ready to take it forward,” she said.

“Following the update from the Welsh Government on this matter in the Senedd, we hope that the UK Government will publish the JCVI advice as quickly as is practicable.”