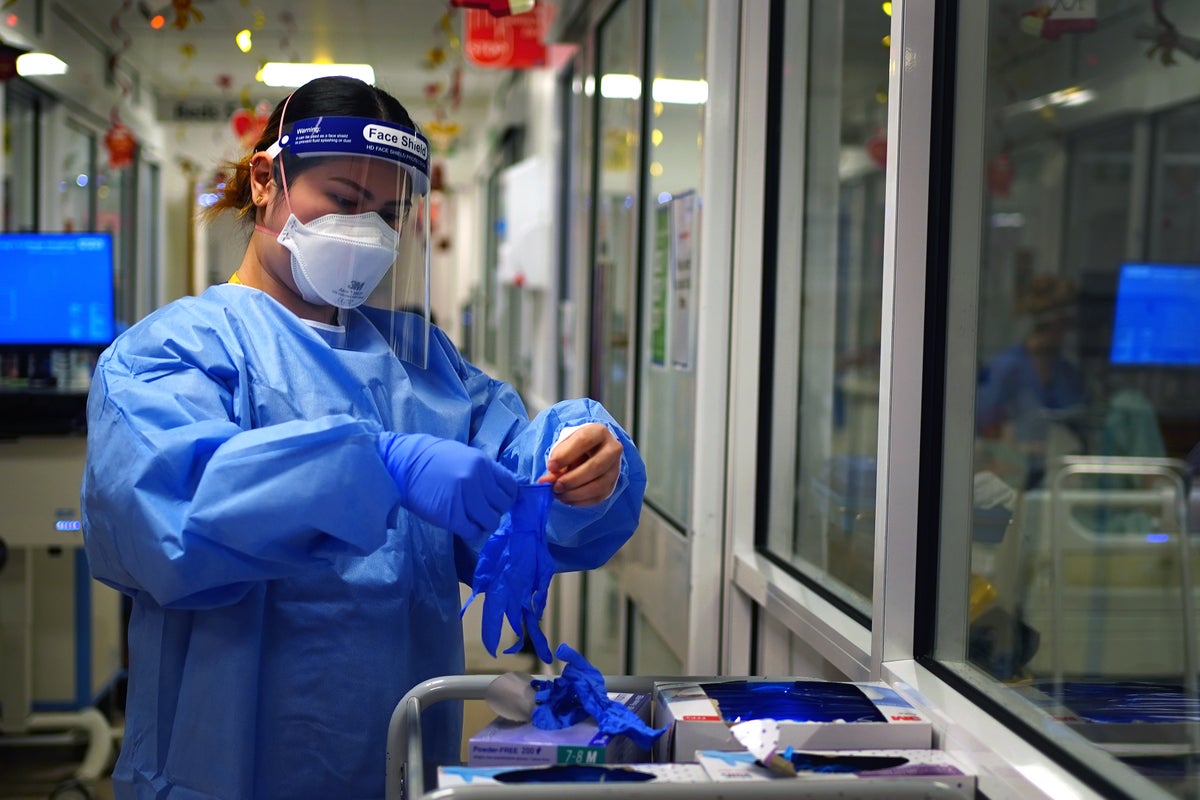 Covid-19 infections in the UK have jumped by more than half a million, with the rise likely to be driven by the latest Omicron variants BA.4 and BA.5, figures show.

Hospital numbers are also continuing to increase, with early signs of a rise in intensive care admissions among older age groups.

A total of 2.3 million people in private households are estimated to have had the virus last week, up 32% from a week earlier, according to the Office for National Statistics (ONS).

This is the highest estimate for total infections since late April, but is still some way below the record high of 4.9 million seen at the peak of the Omicron BA.2 wave at the end of March.

Now a report from Covid analysis app ZOE shows a headache has become the most reported symptom.

The ZOE Covid Study app allows infected people to report their symptoms while suffering from the virus.

The data provided is then analyzed by King’s College London researchers who track infections across the UK, as well as identifying who is most at risk and where high-risk areas are.

More than two in three of all Covid patients who used the app reported suffering a headache before returning positive tests.

Some even suffered a headache before breathing difficulties.

Professor Tim Spector, who leads the Zoe Health Study app, told Guardian: “There are definitely a lot of people who got Covid at the start of the year who are getting it again, including some with BA.4/5 who had BA.1/2 just four months ago, who thought they would be protected .”

Sarah Crofts, ONS head of analytical outputs for the Covid-19 infection survey, said: “Across the UK we’ve seen a continued increase of over half a million infections, likely caused by the growth of BA.4 and BA.5 variants. .

“This rise is seen across all ages, countries and regions of England.

“We will continue to monitor the data closely to see if this growth continues in the coming weeks.”

The virus remains most prevalent in Scotland, where 288,200 people were estimated to have had Covid-19 last week, or one in 18.

This is up week-on-week from 250,700, or one in 20, and is the highest estimate for Scotland since early April. In England, 1.8 million people were likely to have had the virus last week, the equivalent of around one in 30.

Dr Mary Ramsay, director of clinical programs at the UK Health Security Agency (UKHSA), said: “We continue to see an increase in Covid-19 data, with a rise in case rates and hospitalizations in those aged 65 years and over, and outbreaks in care homes.

“We can also now see a rise in ICU admissions in older age groups.

“Vaccination remains the best defense against severe disease and hospitalisation. Covid-19 has not gone away and we should all remember to keep up good hand and respiratory hygiene. It is also sensitive to wear a face covering in crowded, enclosed spaces.”