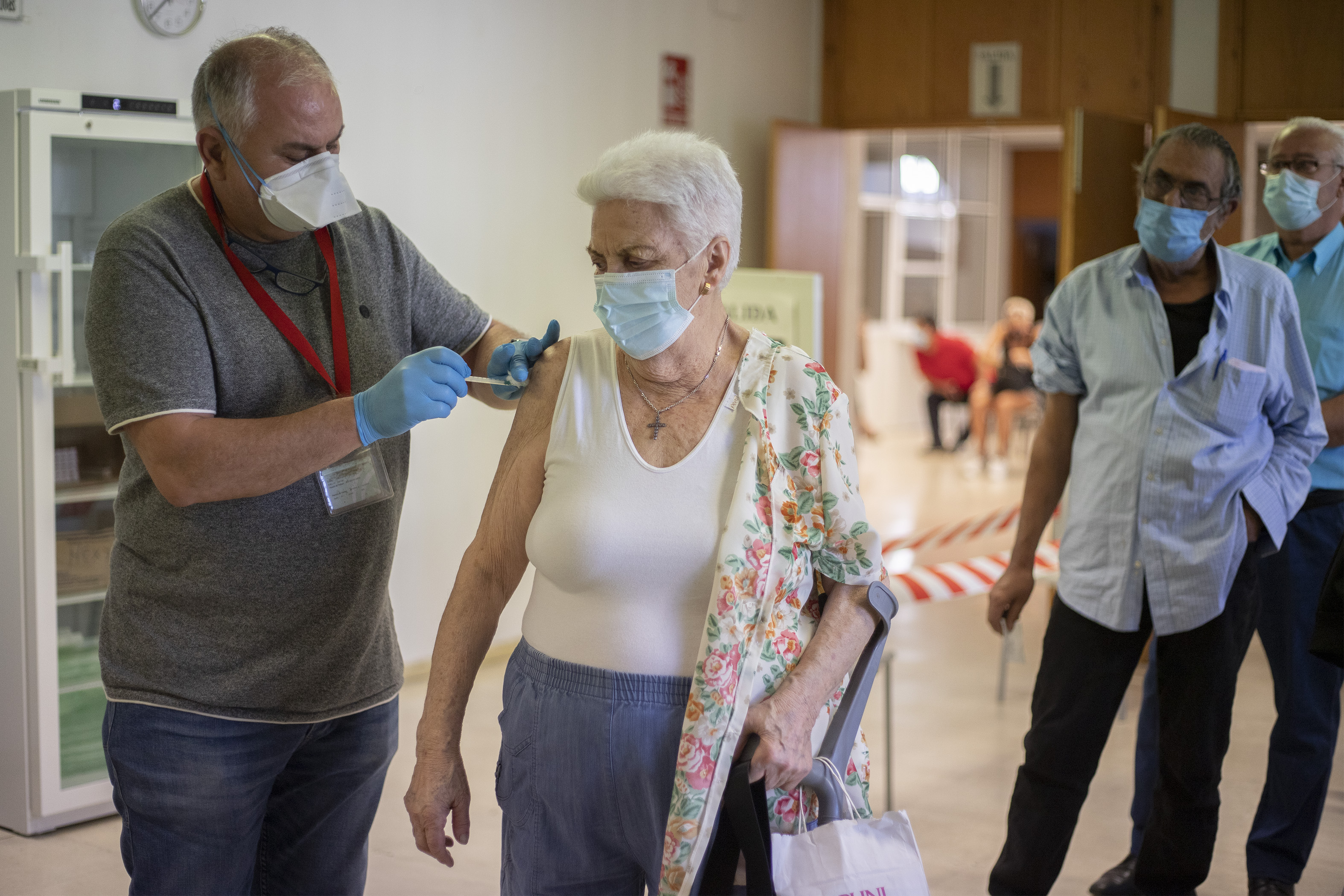 A preliminary study by the companies Pfizer and BioNTech, developers of the most widely used vaccine in Europe against covid, indicates that a third booster dose of this compound increases neutralizing antibodies by up to 25 times and is effective against the omicron variant. According to the pharmaceutical companies, the degree of protection with the boost is similar to that obtained by the first doses against the initial variants, while the double regimen is less effective against the emergence of the new coronavirus lineage.

Although the two pharmaceutical companies have announced that they are developing a specific vaccine against omicron, internal studies of the companies show that the protection of the current compounds are effective with a third dose. In contrast, according to the companies, the double dose yields “significantly reduced” neutralizing antibody levels.

In this way, the companies are betting on a third booster dose until the specific one against the new variant is completed, which could be available in March, according to business calculations. As reported by the company: “Two doses of Pfizer may not be sufficient to protect against infection with the omicron variant. The most robust protection can be achieved with a third dose ”.

Although two doses of the vaccine may still offer protection against severe disease caused by omicron, it is clear that, from the preliminary data, protection is improved with a third dose of our vaccine.

This does not mean that those vaccinated with the double regimen are without protection against the omicron variant. In this regard, Albert Bourla, president and CEO of Pfizer, explains: “Although two doses of the vaccine can still offer protection against serious disease caused by omicron, it is clear that, from the preliminary data, protection improves with a third dose of our vaccine ”. Bourla advocates advancing as much as possible in the vaccination with the first double regimen and starting to provide the booster ”.

BioNTech co-founder Ugur Sahin adds that “extensive vaccination and booster campaigns around the world could help better protect people everywhere and make it through the winter season.”

The CEO of the company also assures that they have been working since November 25 with the new generation of vaccines, which will increase the duration of immunity and protection against serious disease as well as against the omicron variant. If the approval processes continue as expected, this new vaccine would be available on the market within 100 days, by March of next year.

Trials against the omicron variant have been developed on serum samples from people immunized between three and four weeks after receiving the double guideline from Pfizer. Each serum was simultaneously tested to determine the level of neutralizing antibodies generated against the spike protein of SARS-CoV-2 (the key that the coronavirus uses to enter human cells) both in its first variants and in the recently sequenced omicron.

The scientific community has reacted cautiously to the results of the Pfizer study and insists that the dual regimen provides protection and that the booster dose is timely, as had already been established in a recent study on its safety and efficacy, which varies according to the vaccine combinations.

In this sense, Paul Moss, professor of Hematology at the University of Birmingham, affirms to Science Media Center: “The findings are important, but they can be interpreted in different ways: the worrying thing is that the neutralization of antibodies is reduced around 40 times against omicron compared to the original Wuhan virus. This means that only 2.5% of the antibody neutralizing activity is preserved. On the positive side, the virus has not evolved beyond using the ACE2 receptor to enter our cells, and therefore the antibodies that have been generated to block this interaction are not completely ineffective. Furthermore, emerging evidence from booster vaccines shows that they are capable of generating very high levels of antibodies that potentially should provide valuable protection against infection and cellular immune responses must also remain largely intact. “

The virus has not evolved beyond the use of the ACE2 receptor to enter our cells, and therefore the antibodies that have been generated to block this interaction are not completely ineffective.

Paul Moss, Professor of Hematology at the University of Birmingham

For Daniel Altmann, professor of immunology at Imperial College London, the results of the study are an “even stronger argument to obtain reinforcements as widely and rapidly as possible.”

The professor of molecular virology Jonathan Ball insists on the defense capacity acquired by the body with the double dose and the natural one of the immune system: “While reduced antibody immunity could mean that more people can become infected and have mild symptoms, I am still confident that vaccines, especially after a booster, will still protect against serious illness.”