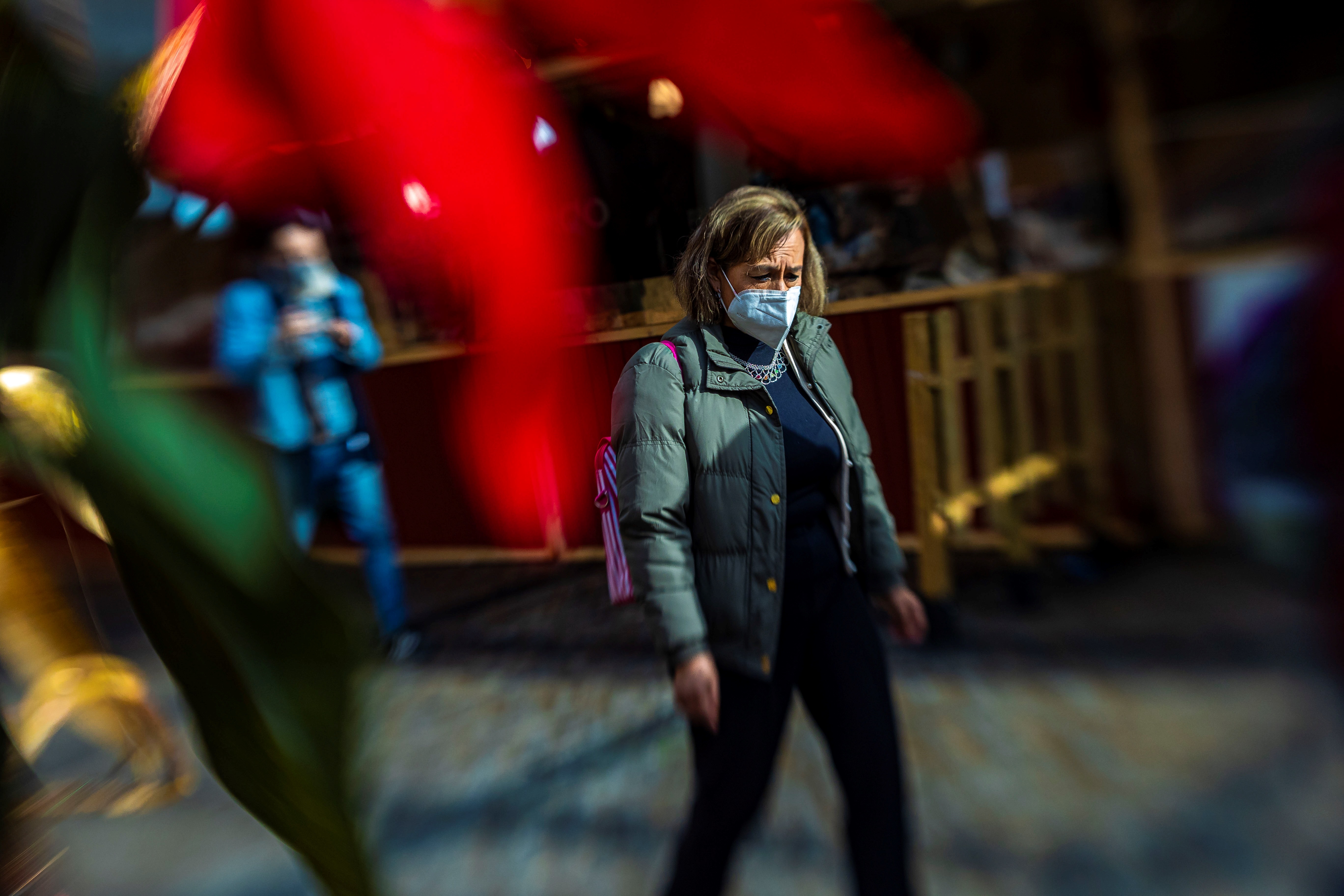 To the woman who vaccinated my terrified youngest daughter as if there was no queue of children waiting and as if she had all the time in the world. To all the people who have vaccinated children paying attention to them these days. Also to the female voice who picked up the covid phone from the Community of Madrid only 24 hours later, a positive antigen test later. To all the voices that ask for protocol: “Do you have private insurance?” And they recommend using it in the affirmative case because public health is collapsed in the capital. To the nurse at the private testing center who confirmed my daughter’s positive only a few hours later, 100 euros later to be exact. To all those who these days sat in front of people with positive antigens and looked them in the frightened eyes behind their plastic visors.

To those who have run out of Christmas and have thought, like me, that they do not know how many more they have left, how many opportunities to be all together there are in life. To the people who work in the pharmacy across the street from my house and to the entire college of pharmacists, for enduring criticism from those who claim that they only seek to profit while trying to supply us. To all who no one has called heroes since this pandemic began. To Isabel Díaz Ayuso because some of her antigen tests arrived when my family needed them the most, not to have dinner so calm as if nothing happened but to confirm the positive of symptoms when the health was not enough. To all those who write us a WhatsApp a day since the infection began. To all the people who care, who caress those they love, who accompany them in feeling.

Also to the relative who offered to spend Christmas Eve with us even though he was not vaccinated despite the fact that his offer led us to argue and made us all sad. To all those who are still determined not to get vaccinated and are still trying to convince those of us who have been more supportive and responsible than them. To the black sheep of all families and also to the white dragon within them. To those who called us to tell us that the covid of 2021 is a mild cold, that this is no longer what it was. That we are not going to die and that, in reality, nothing happens. To all the people who go through life as if the covid was not dangerous, especially when we others have it. To all who have not been heard this year, to those who have had to mourn the loss of a loved one. To all the empty chairs that will continue like this next year and to those who will always be there even if they have left. To all those who have discussed this time with people who want to understand the virus or its protocols differently.

To those who insist that the isolation should last a full ten days, to those who beg for a chair at Christmas on their ninth day of quarantine with a negative PCR, to those who decided that those of us who are in close contact with a positive can go out even if we don’t understand the why. The epidemiologist that we all carry inside. And the volcanologist we left on duty. To those who want to know, to be informed, to those who try to understand it in one way or another. Also to Eduardo Galán, who, in the midst of contagion, launched the following message to his 60,000 Twitter followers: “I am not going to take the same precautions as in December 2020. So of course.” To later post a very Christmas message on his profile: “be kind to others.”

See also  Will Omicron Covid cancel Christmas? What could happen as Brits told to limit socialising

To my friend Luisa, who is waiting for another cycle of chemotherapy and wants everyone to take the same measures as in 2020, to be kind to her and to all immunosuppressed people. To all the patients who do not have covid, but can become its victims if we do not have a minimum of kindness. To those who have been waiting for months and even years for a hug that does not come, just like Luisa and I this year. To the friends who come to greet me on the balcony to remember that being confined does not mean being alone. To my parents, who had bought and cooked for a wedding and have been left without their granddaughters and without our embrace. To all who will see the mute gift bows under a childless tree this year. And to all the people who will not have presents this Christmas.

To all the people who do not have the luxury of worrying about the covid, to the majority of humanity. To those who prefer to wait in a camp before saying goodbye to their land, to all those who cannot run faster, to activists, to the unproductive, to those who fell in love just when they could not afford it, to those who have not yet been beloved as it is due, to all those people of the world whom we are not able to help. To the orangutans who lie down while another jungle is dying. To all those who dreamed of something that still cannot explain that breath of humanity that we carry within us on this day as today.