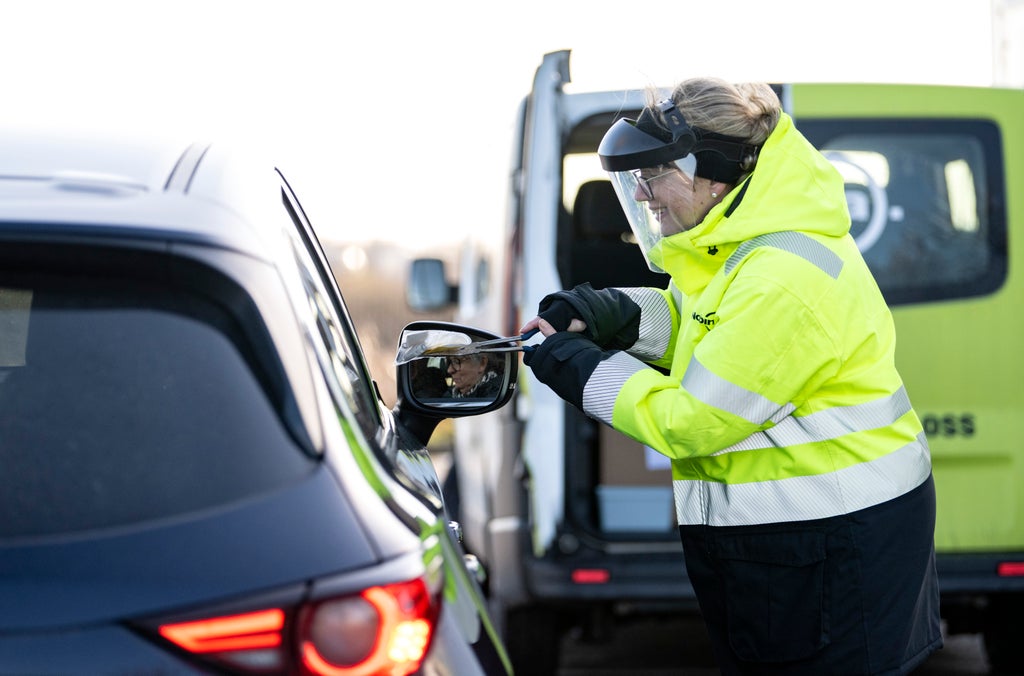 The Prime Minister is set to announce whether free PCR tests will come to an end for most people with Covid symptoms in England on Monday.

A government source told The Independent that free lab tests could “potentially” be scrapped except for extremely vulnerable patients and those in hospitals and care homes under new cost-saving plans.

Asked about the plans, the prime minister’s spokesman said: “We haven’t made any final decisions on the future of testing.

“We have said that free testing will come to an end at the right moment. Those decisions need to be made this week, both in terms of exactly when that time is and what is retained.”

Meanwhile, the drive to vaccinate children aged 5 to 11 has been delayed as ministers decide whether or not to accept the Joint Committee on Vaccination and Immunization (JCVI) recommendation to offer this age group the vaccine on a non-urgent basis.

Though the decision was made over a week ago, the government is reportedly in an impasse with the JCVI and Boris Johnson is expected to announce the decision on February 21, when he presents his Living with Covid plan to parliament.

That’s it for The Independent’s live Covid coverage for the day.

Thanks for reading – come back tomorrow for more updates.

A diplomat found dead in a forest vanished from his home after suffering extreme stress while working for the government’s Covid taskforce at the height of the pandemic, an inquest has heard.

Former ambassador to Nepal Richard Morris worked long hours under high pressure, helping co-ordinate briefings to ministers at a time when the UK was battling the fierce first wave of coronavirus.

On Monday, his widow fought back tears as she told an inquiry he had been “totally unprotected” from the demands of the Covid taskforce.

Alison Morris said her husband feared there was not enough time to process information in the fast-moving period and if any information error got past him the Government “would be torn apart in the press”.

As a result he was “desperate” to keep on top of what was going on, working every day with “no real time off”, she said.

She added that “it was the most stressful job he had ever done.”

Boris Johnson’s responses to his Metropolitan Police questionnaire into social gatherings at No 10 will not be made public, Downing Street has said.

Asked about the questionnaire during a visit to Scotland, the PM said: “All that process has got to be completed before I can say anything more, but I look forward to telling you a lot more in due course.”

Mr Johnson’s official spokesman said: “As we said on Friday, we will respond as required. As you know, I think the Met made clear that that was in seven days, so we will comply with that requirement.”

Asked if the responses would be made public, the No 10 spokesman said: “No.”

A survey of nearly 12,000 teachers by the union NASUWT found that 91 percent found their job had adversely affected their mental health.

A similar number (90 percent) said they’d experienced higher levels of work-related stress over the past year.

More than half (52 percent) said their workloads had been the main factor in higher stress levels, and 72 percent said that organizing online learning for pupils had been a major contributor to worsening mental health during the pandemic.

Vietnam to lift all restrictions on international flights from Tuesday

Vietnam will lift all restrictions on international passenger flights with all markets, the state-run Tuoi Tre newspaper reported.

From Tuesday, there will be no limits on the number of international flights and the frequency of flights will be restored to pre-pandemic levels, Tuoi Tre said, citing Dinh Viet Son, deputy director of the Civil Aviation Administration of Vietnam.

Vietnam has been gradually relaxing flight restrictions since the beginning of the year.

Asked whether his plans to relax all restrictions in England later this month were backed by evidence, the Prime Minister said: “I think the situation with Covid is that numbers remain high, but it’s clear that Omicron is much less dangerous than the Delta.

“You can see the numbers going down in hospitals, numbers in ICUs have been nothing like what we saw with Delta.

“I think we’re on the right lines and together we’ve been taking roughly the same strategy.

“I know people make a lot of small differences. I understand that completely. But, overall, the UK has really been working very, very effectively together on testing, which is important.”

ICYMI: Nine Omicron symptoms affecting fully vaccinated and two early signs you might have it

In case you missed it, we have the nine key Omicron symptoms to look out for.

Nausea, particularly in vaccinated people, was added to the list by public health experts.

Researchers in Norway conducted a study interviewing 111 out of 117 guests from a party on 26 November 2021 where there was an Omicron outbreak. Of the group interviewed, 66 had definitive cases of Covid-19 and 15 had possible cases of the virus.

Of the 111 participants, 89 per cent had received two doses of an mRNA vaccine and none had received a booster shot.

Free lab tests for most people with Covid symptoms are poised to end in England from as early as next month under new government cost-cutting plans, a government source told The Independent.

On Monday, the PM is expected to announce whether charges will be introduced for PCR tests, as well as lateral flow tests, except for extremely vulnerable patients and those in hospitals and care homes, our deputy political editor Rob Merrick reports.

Asked if only the most vulnerable would escape charges in future, a government source told The Independent: “Potentially, PCR testing is very expensive.”

Asked about the plans, the prime minister’s spokesman said: “We haven’t made any final decisions on the future of testing.

“We have said that free testing will come to an end at the right moment. Those decisions need to be made this week, both in terms of exactly when that time is and what is retained.”

Around one in 25 people in the UK working in social care, teaching and education were likely to have been self-isolating because of Covid-19 at the end of last month, new figures show.

Some 4 percent of social care workers were self-isolating on January 29, up from 2.3 percent two weeks earlier, along with 3.9 percent of teaching and education staff, up from 2 percent.

These were the highest estimates of self-isolation among all parts of the workforce, with the teaching sector having climbed above the level seen at the peak of the Omicron wave in early January (3.5 percent).

The figures, which have been published by the Office for National Statistics (ONS), are the first of their kind to estimate the proportion of people self-isolating in different types of employment.

A low-cost ventilator has been approved for production, reports SkyNews.

The OxVent ventilator costs £1,850 to produce, compared with around £22,000 for a typical NHS model.

Professor Sebastien Ourselin, head of school of biomedical engineering and imaging sciences at King’s College London and non-executive director at OxVent Ltd said: “The OxVent ventilator is now a highly evolved medical device which has the technical capability to provide much-needed support in areas of the world where access to life-saving medical technologies is limited.

“By design the ventilator allows for simple set-up, overcoming challenges posed by a lack of resources.”

The designs and manufacturing systems to low and middle-income countries who cannot afford current devices.