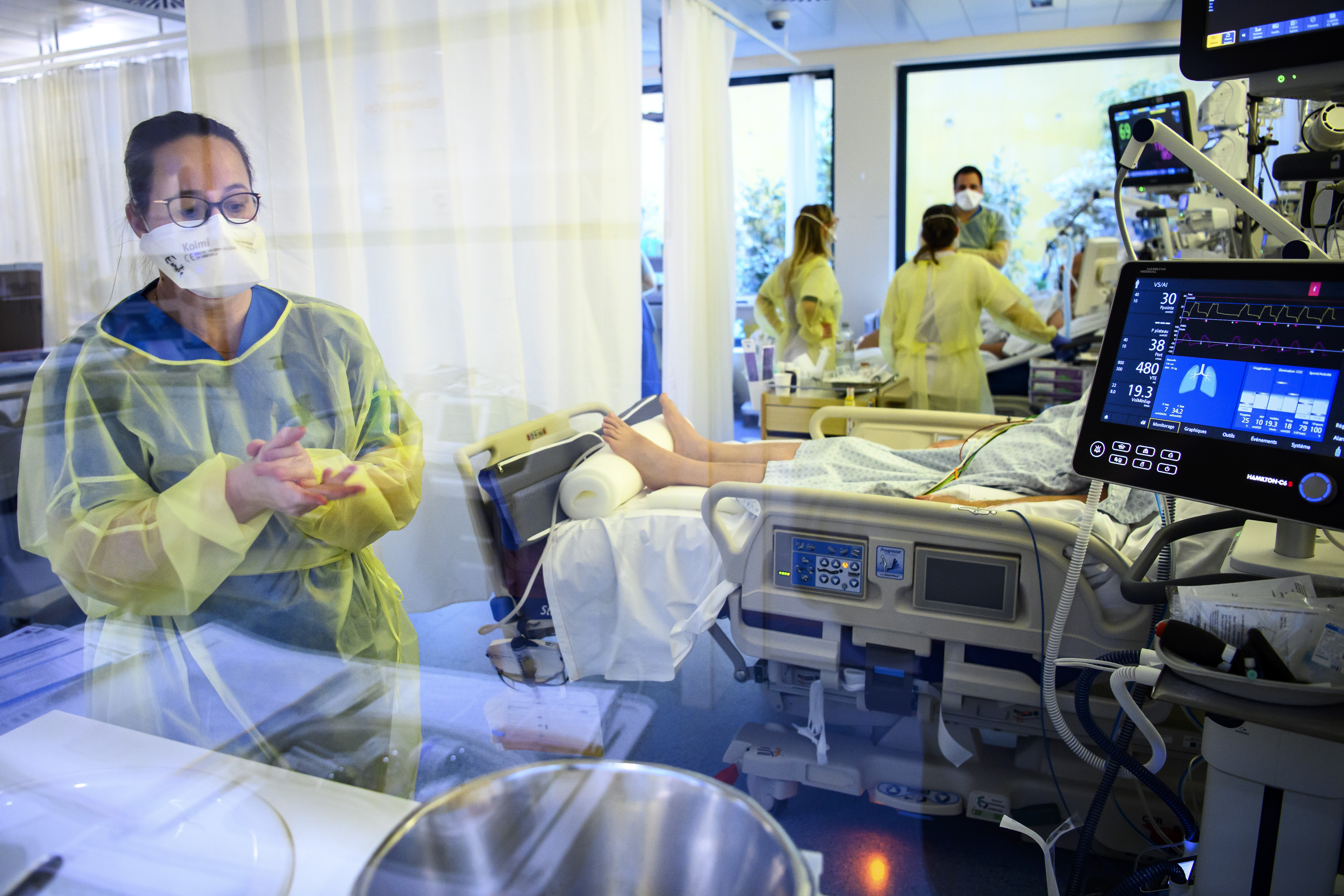 The omicron variant is the one that accumulates the most different mutations in its genome and these changes seem to be manifesting in the symptoms suffered by those infected. Although the data are still very scarce, the first indications in Spain and other countries show that the new variant produces significantly different symptoms than in other waves.

One of the clearest changes is in the loss of smell. In the first waves, it occurred in up to 70% of patients and was a very specific symptom of covid compared to other respiratory infections. Now this affectation is very rare or non-existent.

One of the paradigmatic examples is one of the largest group infections that have been studied in detail. It happened on November 26 in Oslo in a restaurant where there was a group of 111 people all vaccinated with the complete regimen and an antigen test done a day or two before. One of them had just arrived from South Africa, where the omicron was originally detected. This variant infected up to 74% of the 110 people involved. Of all of them, only 12% lost their sense of smell. The most frequent symptoms were cough, runny nose, and tiredness. None of those infected had to be hospitalized – the mean age was 39 years.

Those same symptoms are those that are being detected mainly in Spain during this new wave in which the omicron is gaining ground. Vicente Martín Sánchez, member of the Spanish Society of Primary Care and professor of preventive medicine at the University of León, points out that most of those infected by the variant present a picture similar to that of a cold or an allergy. Loss of smell is less and less common. In fact, already with the delta variant it occurred much less frequently ”, he highlights.

Anyone with the above symptoms who thinks they have covid is advised by the doctor to isolate themselves and request a test as soon as possible. “If people continue to lead a normal life thinking that if they have not lost their sense of smell they do not have covid, it will infect everyone around them. It cannot be the flu because this virus has not yet appeared this winter ”, he highlights.

At the Marqués de Valdecilla University Hospital in Santander, the head of infectious diseases, Carmen Fariñas, is seeing the two faces of the omicron increasingly clear. “We see pictures with sneezing, runny nose [goteo de la nariz], more moderate sore throat and less fever than with other variants ”, explains the doctor. “It is very similar to a normal cold but maybe with a little more tiredness and discomfort. We no longer see the loss of smell and taste that was especially with the alpha variant [también conocida como británica y aislada en diciembre de 2020]”, Add.

It would be premature to think that this variant is less serious, warns Fariñas. “It is true that we are seeing less income, but now most of the population is vaccinated and many others have memory of a previous infection,” he explains. The feeling is that omicron produces fewer serious pictures but when they do occur, the danger of very serious complications or death is exactly the same. If you take into account that omicron is more contagious, there may be an explosion of income by pure statistics. “Here in a few days ICU admissions have tripled,” warns Fariñas.

At the Gregorio Marañón hospital in Madrid, the “feeling” of Emilio Bouza, head of infectious diseases, is that “the infection is milder and there are fewer admitted.” “For now it is only an impression, as there are not series with enough patients with duly confirmed omicron,” he adds. “In any case,” he recalls, “the loss of smell was a very specific sign of covid, but not very sensitive, because many people fell ill without losing it.”

“It is almost certain that the probability of serious illness due to omicron is lower than that of other variants,” says Benito Almirante, head of infectious diseases at the Vall d’Hebron Hospital in Barcelona. “We still do not have much data, but here we have already seen more than 100 cases of omicron infection and not a single admission,” explains this spokesman for the Spanish Society of Infectious Diseases and Clinical Microbiology. This is because the majority of cases are young people, says the doctor. “The worrying thing can come with the infection of the most vulnerable, which are those over 60 and immunosuppressed people. Here in Catalonia there is still an important sector of the population that has not received the third dose. We have to wait two or three weeks to see the effect of Christmas. In any case, I am convinced that we will not reach a collapse of the hospitals like the one we saw in the waves when there was no vaccine. The data from the United Kingdom, where omicron is very widespread, is that hospitalizations with this variant are 5 or 10 times lower than in the worst waves ”, he highlights.

The change in symptoms may indicate that omicron is highly contagious, but less efficient in causing serious illness, says Almirante. There is data to support this possibility. A preliminary study carried out at the University of Hong Kong using the new version of the virus and human cells has shown that this variant reproduces 70 times more than the delta in the tissue of the bronchi, that is, the upper respiratory tract. But that reproductive capacity is 10 times less than with the delta variant in lung tissue, the organ where the pneumonia that characterizes severe covid begins.

“The great growth of omicron is a huge public health challenge”

A second preliminary study carried out in the United Kingdom points out that omicron is less efficient than delta entering the cells of the alveoli, in the lungs. In this case, the team led by Ravindra Gupta, a researcher at the University of Cambridge and a member of the United Kingdom’s national coronavirus consortium, built replicas of both variants based on the S protein of each of them. SARS-CoV-2 uses this protein to enter cells and conquer their molecular machinery to make millions of copies of itself.

The team reproduced all the new omicron mutations and found that omicron protein is less efficient at conquering mini-organs that simulate a person’s alveoli. Another positive: infected cells can connect with healthy ones and infect them, but omicron is much worse doing this than the original coronavirus or the delta variant. The researchers found that the two doses of the RNA vaccines (those from Pfizer and Moderna) do not prevent omicron infection, but that protection is quickly restored if there is a third puncture. “This study suggests that omicron does not appear to have developed new capabilities to bypass the immune system,” Gupta wrote on Twitter. “It may be that the markers of the disease are attenuated,” he says, but adds a note of caution. “The great growth of omicron represents a huge public health challenge ”.