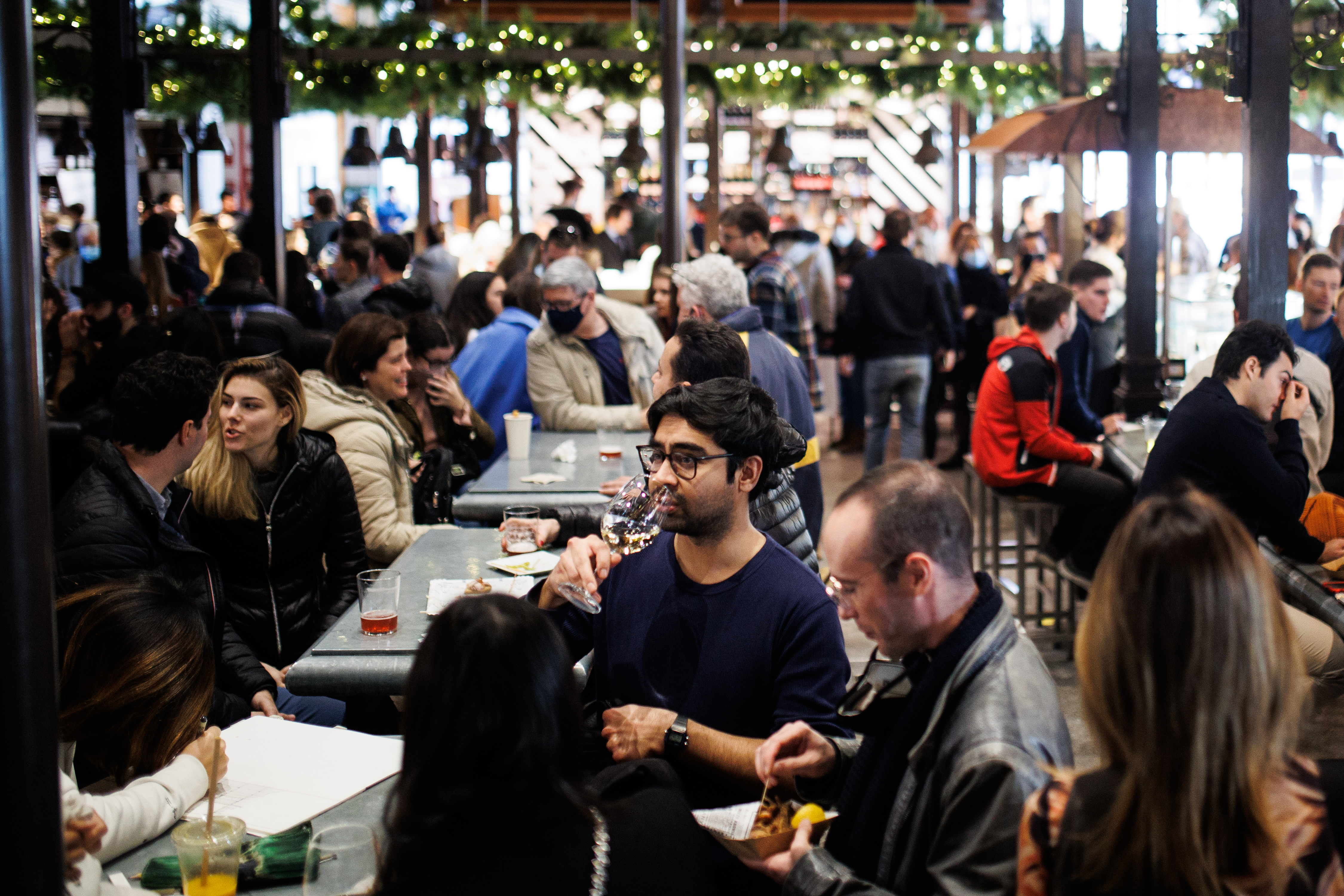 Two years and five million deaths after its detection in the Chinese city of Wuhan, the SARS-CoV-2 coronavirus has spread in such a way around the planet that political dreams of eliminating it have been revealed illusory. The infectious agent will remain with us for decades, probably causing a seasonal cold as the four coronaviruses that have preceded it in the last half century already do. In this newly hatched year, we will stop talking about a pandemic and begin to talk about an endemic, a disease that remains constant over time in a stable balance with the immunity of the population. In Western countries we will call that the end of the pandemic, although it will not really be so as long as the poor world is not vaccinated, perhaps in 2023, being optimistic.

Making predictions for a year ahead, and making them in a newspaper of great circulation, is a desire to skate with balconies to the street, but the fact is that more and more scientists are pointing to that panorama. What happens is that the contagion figures are so high that, even in the most vaccinated countries like Spain, primary care and hospitals are on the way to saturation. The transition to endemic must be slow and gradual enough for the health system to absorb it.

The first vaccinations for the laggards and booster doses for others are essential to avoid ICU admissions and deaths. And that is why the surrounding countries have recovered preventive measures that reduce infections, such as masks, social distance, suppressing parties, limiting diners and indoor ventilation. In Spain only some communities have followed the European example. For politicians it is the perfect example of a hot potato. Every bar you close is one vote less.

If 2020 was the year of fear and 2021 was the year of vaccination, 2022 will be the year of resignation. No, vaccines have not ended the pandemic. Yes, they are the essential element to manage it, but no, they are not enough by themselves. And yes, they lose efficacy with each new variant of the virus. Current vaccines have been developed against the original Wuhan strain, but then “worrying variants” have emerged (variants of concern in the WHO nomenclature) as alpha (first detected in UK), beta (South Africa), gamma (Brazil), delta (India) and omicron (South Africa again). Micro and mega mean small and large in Greek, hence the small o (omicron) and the large O (omega) of the Greek alphabet. Hopefully we never get to omega, which is the last letter.

The antibodies induced by the original Wuhan strain have been losing their ability to reduce contagion from alpha to omicron, the latter being the one that best eludes the immunity generated by both vaccines and natural infection. The ability of vaccines to prevent the development of severe covid in the patient, however, remains very high. One possible explanation is that the immune system’s second line of defense, cellular immunity (as opposed to antibodies released by the blood), continues to work well for that purpose, just as it recognizes a flu virus in people who already they had been infected by a different one. The booster doses, however, recover much of the lost antibodies after six months from the full regimen.

The general feeling among the population at the beginning of the year is one of exhaustion. This never ends! is the phrase most heard in the hairdresser and the dentist, on the pavement and the road, in the subway and the taxi. Adolescents and the elderly agree for once in complaining about the duration of the pandemic crisis. They both say that, at their age, it is very hard to lose three years of life and social interaction, and it is an understandable argument. Part of the blame for this state of mind is the bet on “vaccines and nothing else” that was cooked in the high offices of governments and has abducted the minds of the majority of the population. Once the vaccines had been created and their salvific effects were supplied to the population, everything would have returned to normal. In the fall of 2021, people were relaxed from a health perspective and had transferred concern to the recovery of their economy.

All that changed on November 9 – not even two months ago – when doctors in South Africa detected a new highly spread variant. Following the unwritten protocol of the Greek alphabet, the WHO named it omicron (or small, as we saw above). In the 50 days since then, omicron has reached some 115 countries, with Australia, the UK, Denmark, France, Italy and South Africa leading the pack. Others like Spain will immediately join that dubious list of honor.

Although its spread efficiency was twice or three times that of the previous dominant variant (delta), which was already very high, South African physicians perceived early on that cases tended to be milder. But it is proving difficult to distinguish whether this lightness is an intrinsic property of omicron or a consequence of the immunity already conferred by vaccines, or by natural infection. The latest studies by the National Institute of Communicable Diseases in Johannesburg and Imperial College London finally show that omicron is inherently milder, after discounting the effects of vaccines, previous infections, the average age of the population and others.

None of this is an argument for not getting vaccinated or not protecting yourself with masks and other prophylactic measures. In the United Kingdom, for example, 132 infected by omicron have been admitted to the emergency room, of which 14 have died. That severe illness and mortality are much lower than with the delta variant is good news about the evolution of the pandemic, but sad consolation for the one who dies anyway. Furthermore, free circulation of the virus is still as bad an idea as it was two years ago, because it will lead to the collapse of hospitals and primary care. In a hypothetical example, if omicron only causes half as many severe cases as delta, but it spreads twice as much, the healthcare system will still collapse. And that means deaths.

The case, however, is that omicron seems to fit with the theoretical predictions of virologists: that a virus must evolve towards an increasing capacity of propagation – its concept of success is to have many offspring – and a lower lethality, since the host dies , the virus died. The main hypothesis about the origin of omicron, a variant with 35 mutations only in its spicule protein (the typical protrusions of coronaviruses), is that it has evolved within the body of a patient with a weak immune response to some previous strain. The arms war between viruses and antibodies was able to generate a good balance in the mutations of the virus there. We will surely never know. But omicron seems to have started the path to turn a pandemic agent into an endemic one. Happy 2022.