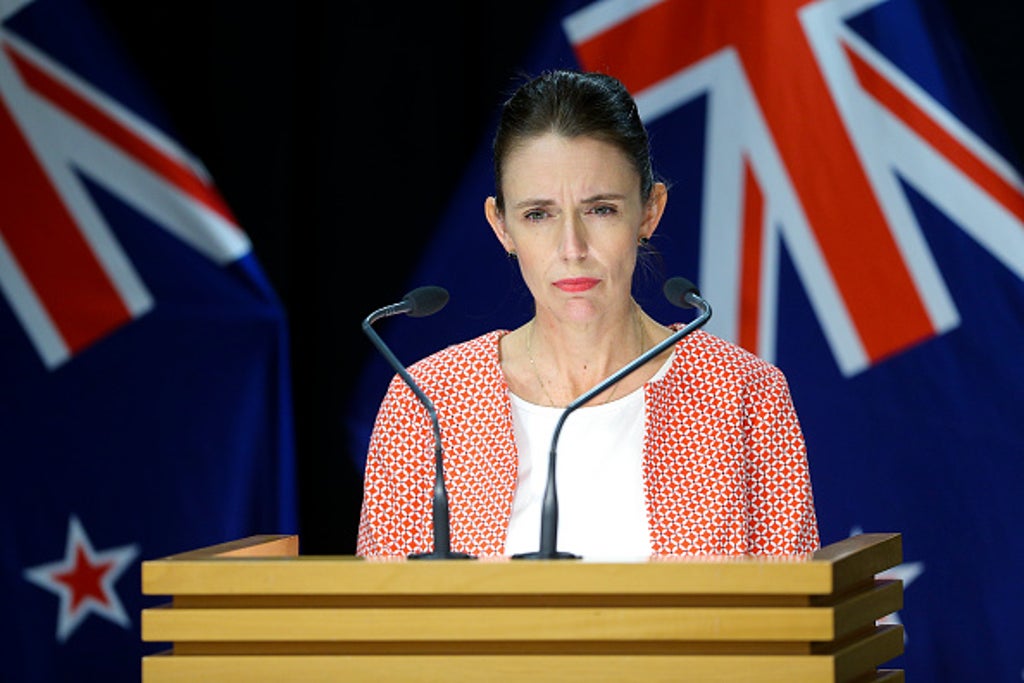 While the country battles with rising living costs and further Covid outbreaks, Ms Arden has found herself trailing a political rival in the polls for the first time since she took office.

TO 1News Kantar poll shows Jacinda Arden has a personal approval score of just +15, plummeting from +55 since the last election.

Her rival, the new leader of the Conservative National party Christopher Luxon, is now more popular with the public, with a net approval rating of 22 points.

Mr Luxon awning 1News that the dip in support for Ms Arden showed people were “seeing through the communications and actually saying: ‘We feel we have been over-promised and under-delivered’.”

Ms Arden said the low approval ratings were down to the tough decisions she has had to make to tackle Covid-19.

She said: “I still feel really confident knowing that people know we’ve made those tough decisions for the right reasons.

“And, yes, that will have an impact on things like polls but it doesn’t change those decisions we’ve made and how well they’ve served New Zealand.”

A similar poll from January 28 found that Jacinda Arden’s popularity had fallen to its lowest level since she became Prime Minister in 2017, although it still showed her centre-left coalition government on course for victory in the late 2023 election.

Critics have accused her of failing to adapt policies quickly to deal with the Delta and Omicron variants of coronavirus.

There has also been concern about the tough border policies that make it difficult for overseas New Zealanders to return home.

The country was forced to defend its border controls this week after a pregnant journalist said that she was denied entry and had to turn to the Taliban for help.

Writing in the herald newspaper, Charlotte Bellis said that the New Zealand government had rejected her application to return home to give birth.

Currently people are only allowed to enter the country if they spend ten days isolating in quarantine hotels. As there is a high demand and limited spots, many New Zealanders are effectively shut out of their country.

Ms Bellis, who had been in Afghanistan last year covering the withdrawal of US troops, said that it was the only place she and her partner had visas for.

In addition to strict border controls, many New Zealanders are worried about the country’s economic outlook. A recent survey found that 49 percent of people thought the economy would get worse – compared with 22 percent who thought it would get better.

Fears over inflation have also been growing in New Zealand and the annual inflation rate hit a three-decade high at the end of last year.

Prime minster Arden, who is currently in Covid isolation, had to cancel her own wedding plans recently amid a rise in Omicron cases in the country.

New Zealand is at its highest “red light” setting in its Covid response and announced in December that it would push back the border reopening plans until February over Omicron concerns.

See also  'Novak Djokovic's behaviour is pathetic - he should set an example, not act like a brat' - Rachael Bletchly

This is despite nearly 95 percent of the country’s adults being fully vaccinated.

There have been 91 new cases of Covid-19 in the community, reported by the ministry of health on Monday, and Omicron is now the dominant variant in the country.

New Zealand has managed to stamp out or contain the virus for most of the pandemic and has reported just 52 deaths with coronavirus during that time.