Skip to content
Home News Covid: BA.2, a new version of the omicron that is even more contagious but not more serious, according to preliminary data | Science 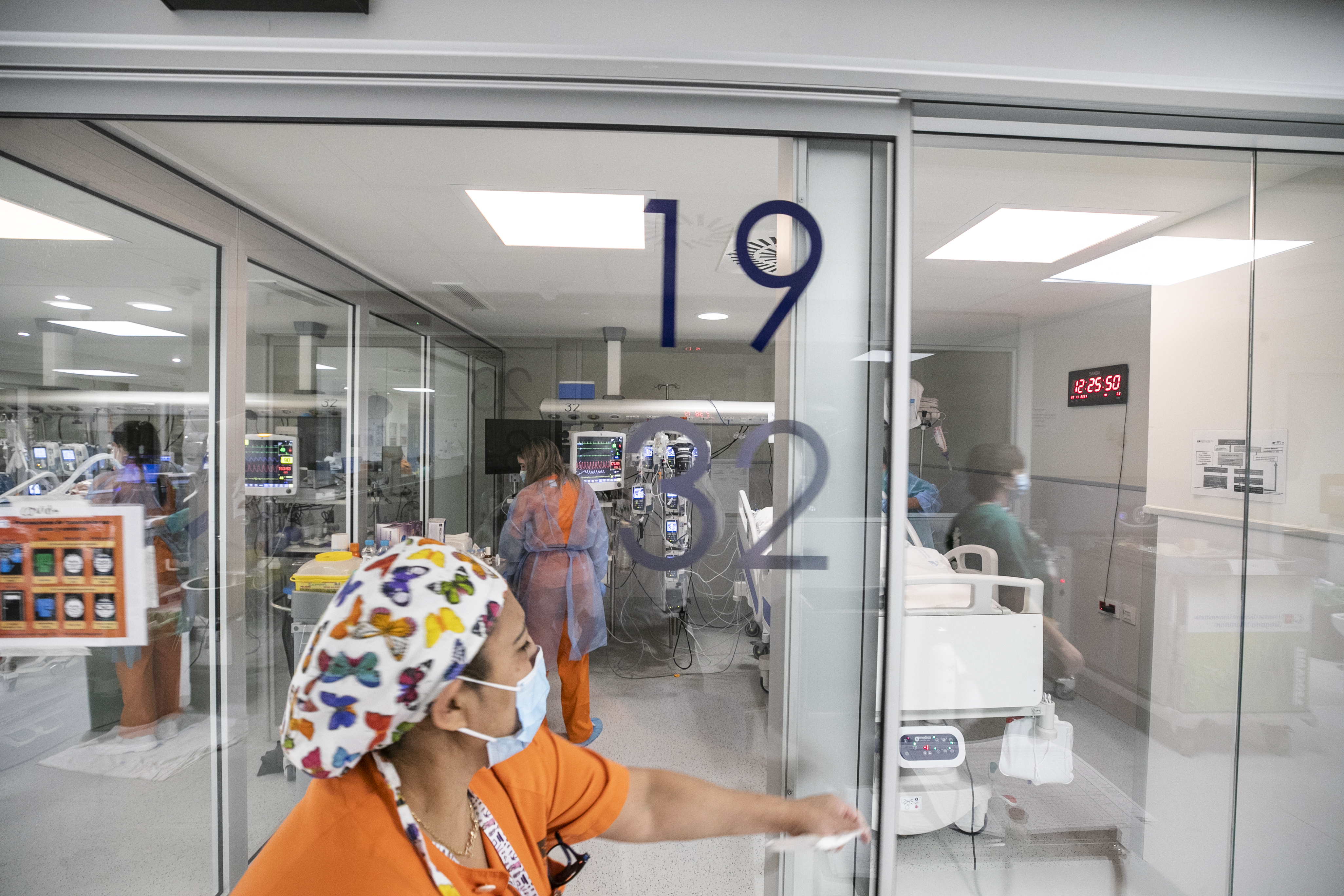 The omicron variant of the coronavirus was already the fastest-spreading virus in history, but a subvariant called BA.2 could be even more transmissible than the version seen so far, known as BA.1. One of the countries that most monitors the mutations of the coronavirus, Denmark, has detected an explosive growth of BA.2 until it is the dominant one in just a few weeks. Preliminary Danish data suggests that BA.2 is 1.5 times more contagious than the classic subtype of omicron, according to results published this Wednesday by the authorities of the Nordic country. The good news is that vaccination is still very effective in preventing serious cases of covid, whatever its variant. Denmark registers more cases than ever, but the number of people in the ICU is decreasing.

The team of microbiologist Darío García de Viedma, from the Gregorio Marañón hospital in Madrid, confirmed this Wednesday two of the first cases of BA.2 in Spain, where the presence of this subvariant is still anecdotal. The researcher highlights that the two omicron subtypes are more different from each other than the original Wuhan virus and the alpha variant, detected in the United Kingdom at the end of 2020. “We are talking about a very big difference. BA.2 has enough mutations to make it worth keeping a close eye on,” says García de Viedma. There is no indication that BA.2 causes more severe disease than his sister.

Some PCR tests look for three genes of the virus to diagnose the infection. The delta variant, discovered in India and dominant in the world until the end of 2021, beeping in all three genes, but the classic version of omicron has a mutation that causes only two of the genes to be detected. This characteristic made it possible to assume whether a person was infected by delta or omicron with a simple PCR, without the need to sequence the complete genome of the virus. The BA.2 subvariant, however, lacks this mutation and is indistinguishable from the delta with these specific tests, which is why it has been called “the stealth variant”, a name that many experts, such as the virologist, do not like. Maria Iglesiasfrom the National Center for Microbiology.

“To be silent, it has made a lot of noise,” jokes Iglesias, alluding to the media attention that BA.2 has received in recent days. The nickname “stealth” is very misleading. A person infected with this subvariant tests positive without problems in an antigen test or in a PCR test, the only difference is that now it is not so easy to deduce what type of coronavirus it is in the aforementioned tests that look for those three specific genes.

BA.2 has enough mutations to be worth keeping a close eye on

María Iglesias underlines that 83% of the cases in Spain are caused by the BA.1 subvariant of omicron, the classic one. The delta variant is behind the other 17%. BA.2 has begun to be detected, but still residually, in the Community of Madrid, Catalonia, Asturias and the Balearic Islands. “We are not seeing the explosion of cases that there has been in Denmark,” reassures the virologist. “Obviously, variants must be monitored, but at a scientific level. That does not mean that each one deserves a front page in all the media, ”says Iglesias, who fears that excessive attention will increase the so-called pandemic fatigue. “We don’t know anything, it’s all speculation. And people start to get tired and not believe anything, ”she warns.

The World Health Organization (WHO) urged on January 21 to prioritize the investigation of BA.2, after noting an increase in the proportion of cases in India, South Africa, UK and Denmark. In Berlin around one in three infected is already by the BA.2. In the world, however, almost 99% of omicron cases are still caused by BA.1, according to the WHO itself.

the doctor Roger Paredes, from the Germans Trias Hospital in Badalona, ​​snorts when imagining the future. “There is no sign that tells us that BA.2 is a more serious subvariant than the previous one, but it is true that it could be a little more transmissible. The consequence of the arrival of BA.2 could be that the end of this wave was delayed, which is what is happening in England: cases were declining and now they have stabilized, ”says Paredes, section head of the Disease Service Infectious from your hospital. In his area, he explains, only two cases of BA.2 have been detected so far.

The three doses of the vaccine have practically the same efficacy, up to 70%, in preventing infections with symptoms by any of the two subvariants of the omicron, according to a report from the United Kingdom Health Security Agency published this Thursday. . The document confirms a 95% protection against deaths caused by BA.1, but there is still no data on BA.2.

Roger Paredes assumes that the success of the vaccination — added to the fact that omicron is 25% less serious than delta under equal conditions — will open a new stage imminently. “Most of society has gotten fed up and is against more restrictions, so we are going to enter a new phase, basically without restrictions. Most people will have a very mild infection, but there will still be high-risk groups that are going to have severe infections.” “Basically, what is being done is transferring the pressure to the hospitals. We anticipate having waves with hundreds of patients in ICUs over the next few years. We are going to need good surveillance systems to know when things get out of hand,” says Paredes.

Biologist Iñaki Comas, from the Valencia Institute of Biomedicine (CSIC), is calm. “It doesn’t look like the face of the epidemic is going to change much even if we go from BA.1 to BA.2,” he notes. “In the absence of control measures, variants as transmissible as these are going to continue to find people who are susceptible to being infected, which is going to lead to the drop in cases probably being slower than in other waves. But we have already learned in the past that the variants can be controlled in the same way: vaccination, ventilation and masks, especially indoors”, adds Comas.

The idea that the SARS-CoV-2 coronavirus is predestined to evolve into a more benign version has become widespread, but this is not the case, according to geneticist Emma Hodcroft, from the University of Bern (Switzerland). In fact, the omicron is not derived from the delta. Neither did the delta come from the alpha. “We will see new variants. The important thing is whether those variants will be of concern and will have an impact on the pandemic and on how we respond. And we don’t know that,” says Hodcroft. “Perhaps SARS-CoV-2 has run out of new tricks to change its behavior. But perhaps there is another combination that further increases its transmissibility, gravity, or ability to escape defenses. Unfortunately, there is no way to predict this. That is why it is so important to continue investing in virus surveillance”, warns the geneticist.