Skip to content
Home News COVID-19 | The omicron alert reveals the inequality in the distribution of vaccines: Africa has only vaccinated 7% 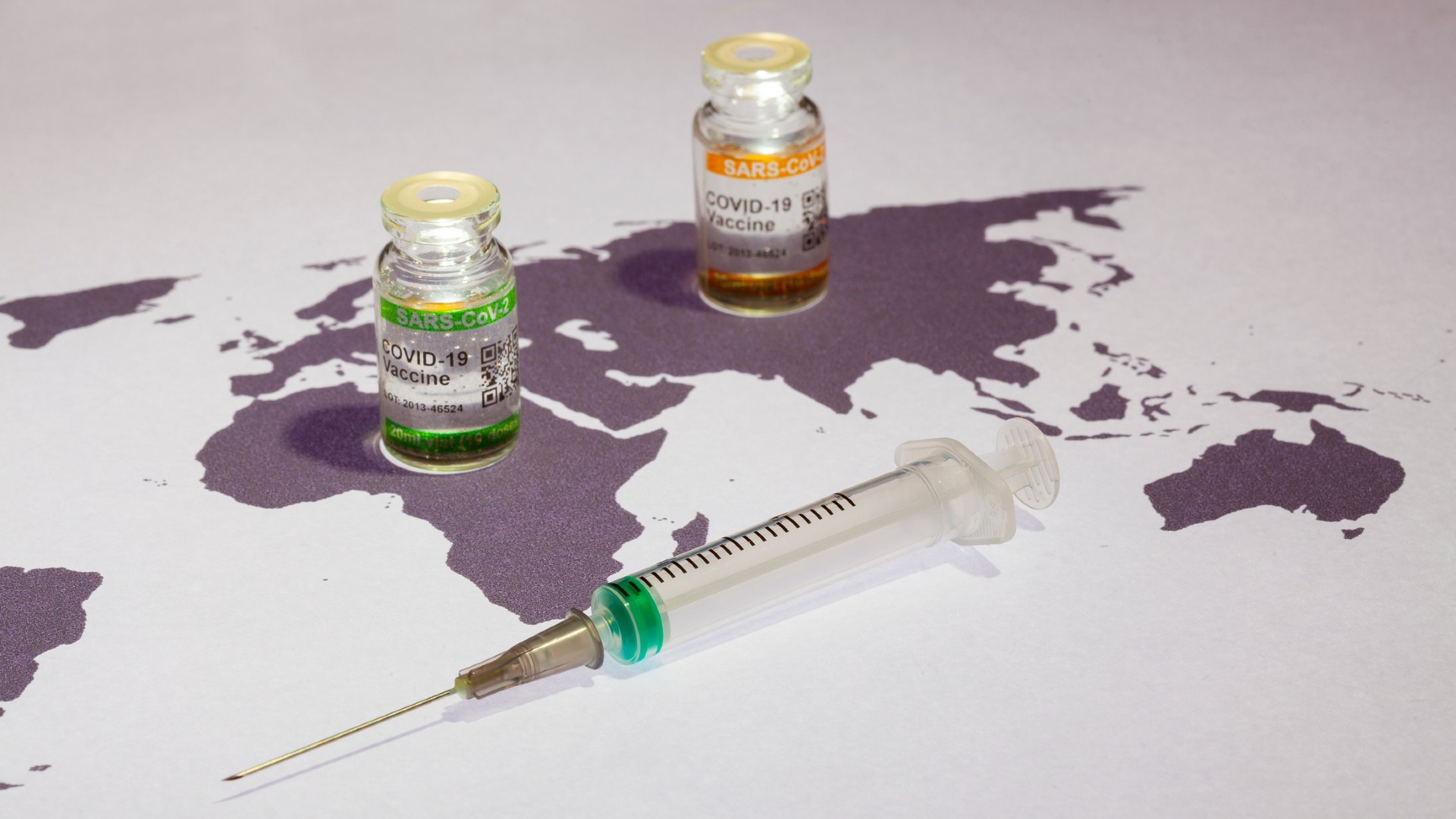 Since almost a year ago the vaccination campaign began around the world, the World Health Organization (WHO) and the rest of the health authorities repeated the same idea: we will not get out of the pandemic until we all get out. Vaccination against COVID-19 around the world has been a scientific, logistical and organizational achievement, but only in one part of the world, that of the richest and most developed countries, rather than the appearance of the omicron variant in the south Africa, which is feared could be more contagious, has returned to the table by unleashing a global alert that is surprising given the little evidence still available.

The comparison illustrates the huge inequality in the distribution of vaccines around the world. While in Europe as a whole, 57.8% of the population has received the full course of the vaccine and the percentage rises to 67% in the 27 countries of the European Union, in Africa only 7.15% of the continent has completed immunization.

If you look at people who have received at least one dose and whose full immunization is in progress, the data does not improve. Africa barely exceeds 11% of the population with at least one injection of the vaccine, a long way from the rest of the world, according to the count of Our World in Data, from the University of Oxford.

In some countries, the proportion of the vaccinated population is so insignificant that it is invisible in a normal graphic representation and must be seen in the negative, with the percentage of people not receiving any vaccine. For example in Burundi less than 0.1% of the population has received a dose of the vaccine. In the Democratic Republic of Congo, where more than 88 million people live, only 0.06% of its citizens have the complete guideline, a percentage that is 0.42% in Chad. Or 0.6% in Haiti, in the region of Central America and the Caribbean.

South Africa is in this respect a country that in contrast to the rest could be said to be privileged, having 23.8% of its population with the complete vaccine schedule. But it leaves the international community in a bad place that in the country with the most vaccinated in continental Africa and one of the most populated – more than 59 million inhabitants – not even one in four people has received the complete guideline.

The paradox is that South Africa, whose research capacity to sequence the virus genome has made it possible to detect this omicron variant, is now identified and isolated by the rest of the countries, says Ignacio López-Goñi, a microbiologist at the University of Navarra, in statements in The mornings of RNE.

According to the analysis of the few available samples, he adds, “it is not that this variant has exploded in South Africa, but that it has probably been moving around the planet for quite some time.” However, surveillance systems do not detect it until there is an outbreak, explained the expert, who considers that it makes no sense to close the borders with southern African countries and punish the country that has done its job and been transparent with the rest of the world.

See also  Support Ukraine through some of our favorite Edinburgh restaurants, cafes and food businesses

The mornings of RNE with Íñigo Alfonso – Ignacio López-Goñi, microbiologist: “Closing borders does not make sense. Ómicron has been with us for a long time” – Listen now

Of the same opinion is the epidemiologist Quique Bassat, director of the ISGlobal Malaria program, in statements on the 24-hour channel of TVE. Bassat criticizes the fact that a country has been penalized that has acted in a “very proactive and transparent manner, that in a matter of days has been able to detect this variant and announce it to the whole world” and that, after asking for help, “has been with which we have closed the doors “.

Quique Bassat: “The omicron variant must serve to know that we all have to be vaccinated against COVID-19”

In countries such as Germany and Austria, with around 65% of the population vaccinated, the transmission of the virus is becoming uncontrolled. So countries like those of Africa, and other places where the vaccination campaign has not progressed at the same rate, have most of their population unprotected in the face of serious illness and the risk of death from the disease, in addition to giving the virus many more opportunities to mutate with more dangerous variants that move the end of the pandemic away.

Wealth is the indicator that makes the difference in the inequity of vaccine administration. Considering the whole world, the poorest countries only have 3% of the population vaccinated today, almost a year after they started getting vaccinated against COVID-19. Meanwhile, in the richest countries, in Europe and North America, a third round of vaccination has started weeks ago to administer an additional booster dose to the elderly, the immunosuppressed and people living in nursing homes, as well as to other groups considered of interest for the health control of transmission, such as health workers and children under 12 years of age .

WHO Director-General Tedros Adhanom Ghebreyesus, who is from Ethiopia, has repeated this from the beginning. “No one will be safe until we are all safe”. And while the northern hemisphere panicked when registering the first trickle of cases of the omicron variant, with the Stock Exchanges plummeting and the closure of its borders to the entry of travelers from South Africa and nearby countries, Tedros has once again pointed out that This crisis “shows that we need to accelerate vaccine equality as soon as possible and protect the most vulnerable everywhere.”

For this reason, the other message that the WHO has endeavored to repeat is to achieve an equitable distribution of available vaccines. Most of the least developed countries are far from reaching the goal of 40% vaccinated population that had been set on the horizon by the end of this year 2021. “Many people who should have vaccinated in low-income countries are not doing so. and they are at greater risk of becoming seriously ill or dying, “Dr. Tedros warned.

As he recalled, through COVAX, the alliance that promotes a global access fund for vaccines against COVID-19, manufacturers and governments can easily prioritize the distribution of doses with those countries that have run out of supply, so that they can protect their most vulnerable. Rich countries promised to donate some 2 billion doses that should be delivered before the end of 2021, but according to the Council on Foreign Relations, a think tank from the United States, up to a month ago Only 20% of what was promised has been delivered, 550 million doses.

“It is not just about who we reach with the vaccination, but who we miss.”, Tedros pointed out a week ago, asking to give priority to health workers, the elderly and vulnerable groups “everywhere” and recalling that the vaccine is important not only to protect health and save lives, but to stop the transmission of COVID-19.

But this ability is reduced with each new variant of the virus.. Before the arrival of the delta variant, vaccines helped reduce transmission by about 60%, according to the WHO. With delta, the percentage dropped to 40%, and now this variant appears present in 99.8% of new global cases. The WHO Advisory Group of Experts on the Evolution of Viruses, meeting in emergency on Friday, determined that some of the more than 30 mutations that have already been detected of the omicron variant appear to suggest a greater transmission capacity than previous strains.

Vaccines for all to stop the pandemic

“As long as there are no vaccines for everyone, the pandemic will continue”is the message that epidemiologists and health authorities want to make clear and that is also underlined by Rafael Vilasanjuan, member of the Board of the GAVI Vaccine Alliance and director of Analysis and Development of ISGlobal. “This cannot be stopped in one country. We have a huge inequality problem; we are already beginning to consider a third generalized dose for the whole world, but we have not brought vaccines to low-income and lower-middle-income countries or for 20% of its population, which would be the first threshold that we would have to cover, “he assured this Monday in an interview in RNE.

The mornings of RNE with Íñigo Alfonso – Rafael Vilasanjuan: “As long as there are no vaccines for everyone, the pandemic will continue” – Listen now

According to Vilasanjuan, there are three problems that prevent vaccines from reaching the poorest countries: the great demand in the West that means that pharmaceutical companies do not yet want to sell to lower-income countries; the serious situation in India, whose border closure delayed the distribution of more than 400 million doses in Africa; and the limited logistical capacity of some of these countries, such as the Democratic Republic of the Congo or Burundi.

It should be remembered that the variant of the SARS-CoV-2 coronavirus that before the omicron also triggered a global alert, the delta, was first detected in India, another developing country that, when the variant had become dominant in the United Kingdom in In June, its vaccination rate barely exceeded 4%, despite being one of the main producers of the anticovid vaccines that are administered worldwide.

South Africa and India submitted a patent suspension proposal a year ago, currently supported by most developing and many developed countries. There is a WHO initiative for Cape Town-based biotech company Afrigen Biologics to replicate Moderna’s vaccine, but it is likely that it will take until well into 2022 before a serum can be produced locally for distribution in Africa.