Skip to content
Home News Covid-19: Pharmaceutical companies are already working to adapt their vaccines to the omicron variant of the coronavirus | Society 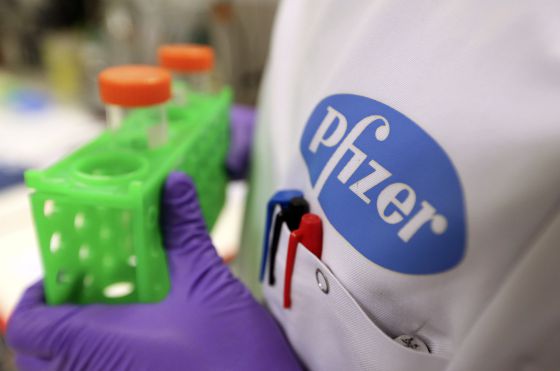 The big pharmaceutical companies that market the main covid vaccines are already working to adapt them to the omicron variant. Although it is still unknown whether the mutations of the virus that were detected last week in South Africa will require a new injection, companies are beginning to study it to create more effective versions against this lineage, if necessary. The European Medicines Agency (EMA) announced on Tuesday that it has plans to accelerate this adaptation, a process that it estimates will take between three and four months.

For now, there are many more uncertainties than certainties about the new variant. Although there are indications of its greater contagion, not even this is confirmed. Nor that it is more serious or that it may escape the protection of current vaccines. But the large number of mutations suggests to experts that the immune system may have more trouble recognizing and neutralizing this version of COVID than previous ones.

According to this hypothesis, the vaccines would lose some effectiveness: probably when it comes to reducing infections, as has already happened with the delta. It is more uncertain if also when it comes to protecting against the most serious illness and death. “The prognosis will always be more favorable for people who are vaccinated than for those who are not vaccinated, they are more likely to be able to defend themselves”, summarizes José Antonio Forcada, president of the National Association of Nursing and Vaccines.

In the same vein, the executive director of the EMA, Emer Cooke, has stated in the European Parliament, who has assured that, even if the new variant expands, the available vaccines would continue to protect, according to Europa Press. “We do not know yet if we will need to adapt them, but in any case we have contingency plans prepared. We work with regulators because we hope for the best, but we are prepared for the worst ”, he said.

Amós García Rojas, president of the Spanish Society of Vaccination (SEV), draws two scenarios: “It may happen that the vaccines we have are absolutely potent against this new strain or that, depending on these mutations, they lose some effectiveness, although not stop protecting us, which is what I think is most likely. So we must be busy, not alarmed. “

While all this is being elucidated, the pharmaceutical companies are already working on new versions. It is something that appears even in the contracts that the European Union has with these companies. As with the flu vaccine, they will have to adapt it to new characteristics of the virus, if it is ultimately necessary. A Pfizer spokeswoman explains to this newspaper that the company remains vigilant for any emerging variant that could potentially escape the protection of its drug. “We are beginning to carry out neutralization tests with the omicron and we expect to have initial data in the next few weeks. We hope to be able to develop and produce a tailored vaccine against this variant in approximately 100 days, provided that regulatory approval is obtained, ”he says.

The CEO of the Moderna company, Stéphane Bancel, has stated in an interview in the Financial Times this Tuesday that current vaccines are likely to be “much less effective” against the omicron variant. It is too risky a statement, in the opinion of the experts consulted. “They are economic declarations. It is not yet known if there will be a loss of efficacy and how much, if any, ”says Vicente Larraga, a CSIC researcher working on a vaccine against covid.

Antonio Gutiérrez, doctor in Pharmacy and epidemiologist at the Valme University Hospital (Seville), believes that it is difficult to discern which statements meet an “aseptically scientific” criterion and which “are varnished with other enamels.” “To this day, whoever says anything about omicron is literally speculating. I don’t know what will happen one way or the other. Many mutations do not unequivocally imply that it is a more dangerous variant. It seems extraordinary to me that we are prepared to reformulate vaccines. We don’t know how lucky we are with that. But to say that it will be necessary, today, is a lot to say ”, Gutiérrez adds.

In case it was necessary to reformulate the vaccine, the process would be similar to that of the flu, according to Jaime Jesús Pérez, from the SEV. “It would be enough for them to show good immunogenicity data,” he says. This means that it would not be necessary to carry out long clinical trials with groups of the vaccinated population and another that is not. Being treated with an already proven base of safety and efficacy, it would only be necessary to verify that the new formulas produce a strong immune reaction in people. This is the reason why the total process can last just three months, compared to the 10 that were needed to have the first remedies.

Although it is a scenario to be prepared for, it is still far from being a reality. As the head of the EMA has pointed out, the epidemiological situation in Europe, the level of circulation of the variant and factors of the European population such as age or vaccination in the expansion of the variant must first be studied. All these factors differ greatly from the situation in South Africa, where the omicron variant was detected for the first time, Cooke stressed, who reiterated that the agency is already working in this direction in coordination with other European institutions, the World Health Organization ( WHO) and pharmaceutical companies. “It is something for which we are prepared,” he summarized before MEPs.

García Rojas believes that this variant should serve to be aware that vaccination must be promoted in developing countries: “That they only have 20% of the doses compared to 80% of rich states not only shows a total lack of solidarity , but, as we are seeing, an epidemiological problem, because the virus spreads more and has a greater capacity for mutation ”. Rojas insists that what the population can do now is maintain protective measures: mask, ventilation and distance.