Skip to content
Home News Covid-19: López Obrador minimizes the omicron variant: “There is no reason to worry” 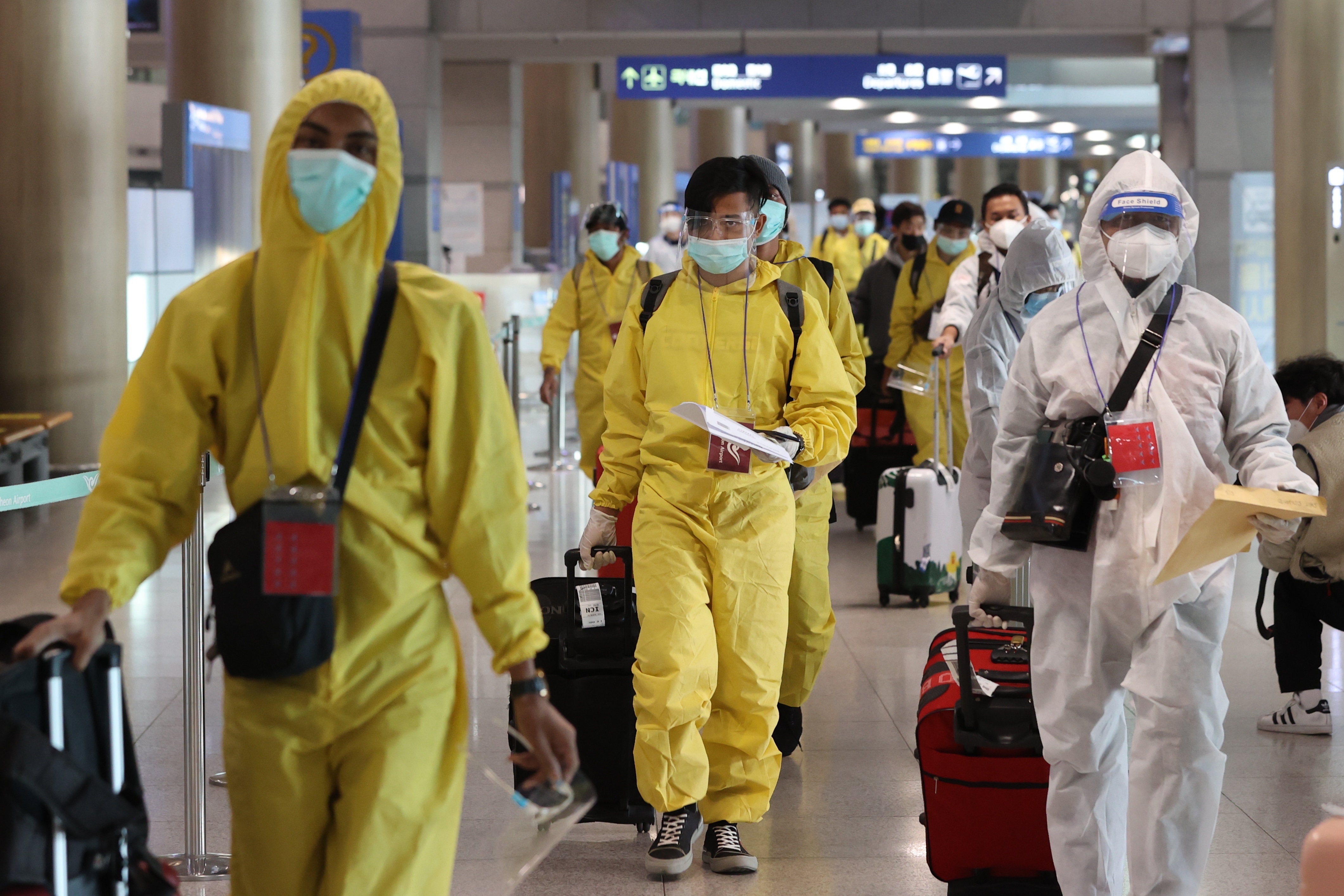 The whole world is preparing to face the consequences of the new omicron variant, the new strain of the virus detected in South Africa. The whole world has learned that uncertainties about its contagiousness or lethality must be anticipated in advance, leaving no room for surprise or overconfidence. That is why borders are being closed and measures are being tested to cut off these new mutations. Even the Mexican Stock Exchange received the new virus with a crash. The president of Mexico, Andrés Manuel López Obrador, departs from that logic, however. Or that is inferred from his last words, in which he removes iron from the matter: “There is no reason for concern, according to the reports that the specialists have given me. We carry out a follow-up, there are no elements to worry about, ”he said this morning from Oaxaca.

Meanwhile, Canada already has two detected cases and Brazil is investigating a suspicious one. The virus is already in America. Also in Europe, where air travel from certain countries in Africa is being closed or new doses of immunization are already being considered. Laboratories are already considering other vaccines to be able to combat this strain. The Mexican president opts for calm, he thinks that so much noise around the omicron is due to media overexposure: “What there is is a lot of information in the media,” he said, but the scientist, he says, “is not confirmed.” It is not known if this mutation is more dangerous than the others or if it will reach all countries, he explained in his conference this morning. As the minutes go by, it seems impossible for any country in the world to get rid of this. It can already be said that it is on four continents and in many more countries. That is, the same gear as with the previous viruses.

And “the degree of danger it represents with respect to contagion or deaths is unknown,” he added. “There is no evidence, just that the columnists are already making recommendations, as always.”

The president says he is prepared for what has to come, but his prudence follows the path of previous occasions. It happened with the masks. When the evidence that the pandemic spread effectively through aerosols that made the mask effective in closed spaces, López Obrador preferred to continue clinging to the lack of evidence and WHO recommendations. He positioned himself alongside leaders such as Donald Trump or Bolsonaro, who faced the pandemic with reckless disbelief.

In Mexico, 65 million people have been vaccinated with the complete scheme and 11 million more have their first dose. Recently, 15 to 17-year-olds have been incorporated into immunization, but the third dose, advanced in other countries, has not yet been implemented in Mexico. “There is no information, that must be clear, that the vaccines are not effective with this new variant,” said López Obrador.

The confidence that the president shows about what is happening with the pandemic reached its peak last week, when he offered a self-satisfied assessment of how it has developed in Mexico: “No one was left without a bed, without a ventilator, without a doctor.” , he said, in a strange exercise of self-convincing since the official data emanating from his own government indicate that the reality has been different. Hospitals occupied at 100% of their capacity, centers that no longer have beds with a ventilator or availability of intensive therapy. And that the pandemic is bridged for now, most of the country, with the exception of some northern states, show their green traffic light, that is, normalized life in all its aspects.

Deaths per million inhabitants in Mexico, about 2,250, far exceed the world average (657) and that of low- and middle-income countries (344), according to figures from Our World in Data.

Many crazy things have been said about the covid since its inception, when it surprised the world with a virulence unknown for more than a century. The countries were trotting with their tongues out to fight a virus that took several heads out of them in the race. Mexico was no exception, despite the fact that there was already by then, in February 2020, previous evidence in Europe of what was to come. With his resources he did what he could, set up field hospitals, tried to provide ventilators, train specialists. But the official speeches presented numerous flaws. People were recommended to stay at home so as not to saturate the hospitals, until it was seen with horror that thousands of people died without having arrived at a hospital or for having arrived late and, on top of that, were left out of the mortality statistics associated with the covid. The use of the masks was denied for months, until the evidence became inescapable. Some, the most foolish, even said that the virus only attacked the rich population, that the poor would free it. Nothing could be further from the truth, as was obvious.

In the matter of vaccines is where Mexico did not play its cards badly at all. He obtained batches in China, Russia and in the own territory batches of the biological are manufactured. Some cities have had a good rate of vaccination, although the country always presents notorious inequalities between some territories and others in whatever measure is implemented. It remains to be seen if the omicron will not return citizens to the starting box.