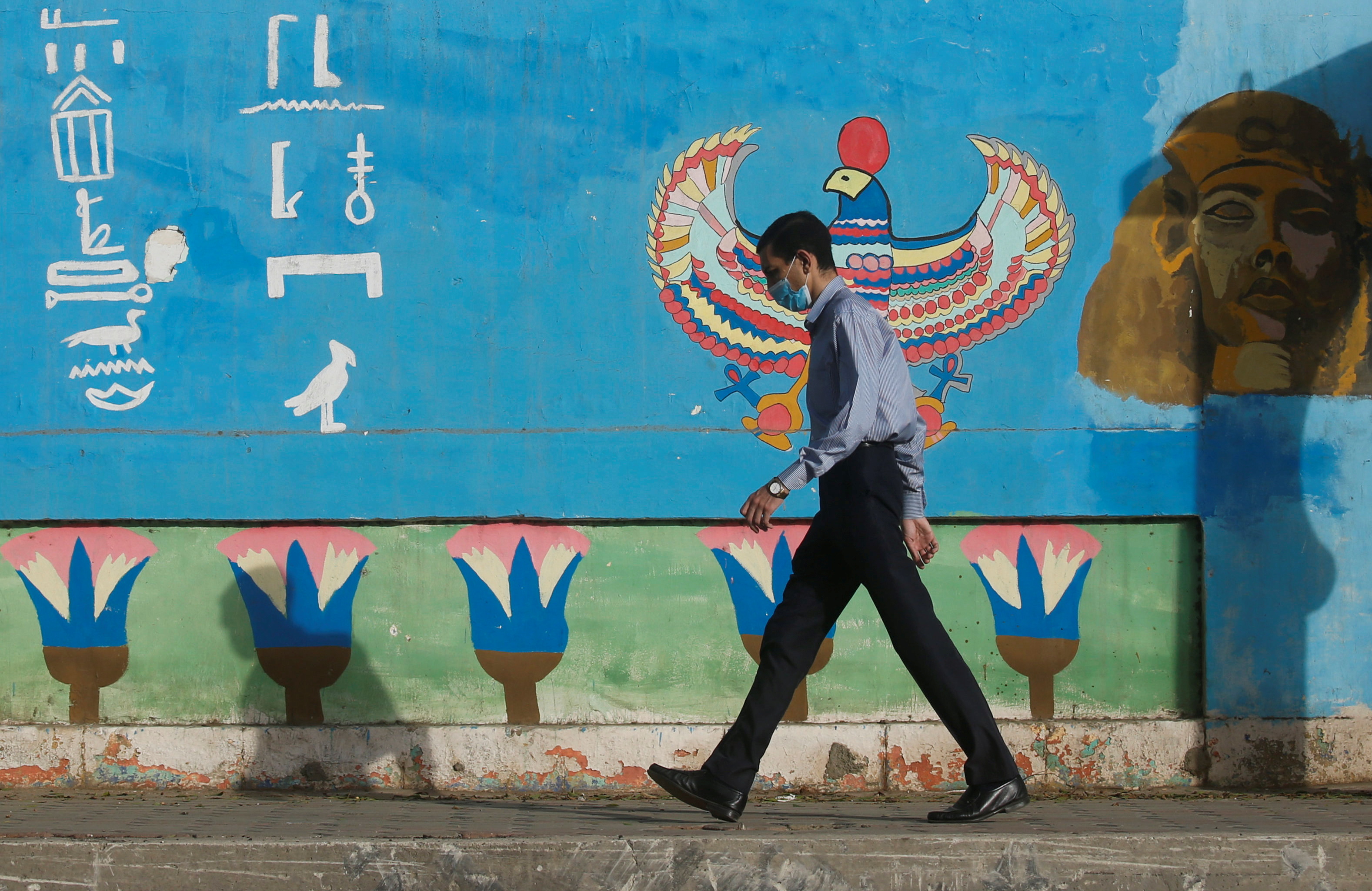 In a poorly ventilated corner of the labyrinthine Sadat metro station, in the center of Cairo and one of the busiest in the Egyptian capital, a small clinic of the Ministry of Health has been installed since mid-November, ready to vaccinate against the covid -19, every afternoon and without prior appointment, to all who come.

Sadat’s is part of a network of similar units that the Egyptian authorities have set up in specially traveled areas of the city to cover as many people as possible in their bid to speed up the vaccination campaign. The sense of urgency was heightened as Egypt underwent a new upswing to peaks not seen since the summer of 2020.

The worst day of the last wave occurred on November 18. That day, however, 73 deaths were registered, a relatively low figure in a country of more than 100 million people, of which less than 15% had the full vaccination schedule in one of its worst moments since the beginning of the pandemic. In fact, Egypt has never officially exceeded one hundred deaths in a single day. Figures that, given the global tragedy that it has brought, seem little less than a miracle.

But the reality is much gloomier when viewed from a different angle. At the end of last June, the Egyptian state statistics agency, CAPMAS, published a report – the latest available – in which it collected the total number of deaths registered in Egypt in 2019, 2020 and the first half of 2021. So, many media They highlighted that those that occurred in the country during the first six months of 2021 in relation to the same period of 2019 and, therefore, before the pandemic, had increased by a dizzying 31.3%. Or what is the same: 90,000 more victims only during that interval.

On the same dates, however, the Ministry of Health had confirmed just over 16,000 deaths from the new coronavirus since February 2020. Two figures that, although they should have been related, were at a huge distance, suggesting that something was wrong .

A closer look at the CAPMAS record allows us to understand the size of the hole. In March and April 2020, when the pandemic had already been declared, the virus left no trace in the death statistics, but began to wreak havoc in May and, especially, in June. That month alone, the deadliest to date, 79,078 people died in Egypt, some 33,500 more than those who had died the previous year. Only in that month, therefore, the excess mortality was much higher than the total number of deaths from covid-19 that had been registered even until this December, around 22,000.

As the focus widens, the greater the loss appears. In total, the excess of deaths in Egypt from March 2020 to June 2021, in relation to the same months of 2019, when there was no pandemic, reaches 191,093, according to CAPMAS data. Of these, 8.5% have been officially attributed to SARS-CoV2.

Among experts in this field there is a high consensus around the idea that the global death toll from the pandemic, which in January 2022 already exceeds 5.4 million worldwide according to the Johns University count Hopkins, it’s an understatement. But there are countries and countries. And in the ranking of those with the highest number of excess deaths not attributed to the pandemic, Egypt is in the first positions.

Specifically, the first in the Middle East and North Africa at a great distance, and the fifth in the world, behind only Tajikistan, Nicaragua, Uzbekistan and Belarus, according to a study by two researchers from the Hebrew University of Israel and the Tübingen University of Germany. This research, which was echoed by a World Bank report in October, notes that the relationship in Egypt between excess total deaths and those attributed to covid-19 currently stands at around 12.8%.

The relationship in Egypt between the excess of total deaths and those attributed to covid-19 is around 12.8%

To calculate it, the study researchers established a reference mortality for each country, based on the respective data of each one between 2015 and 2019, always before the pandemic. From this, the excess of deaths is calculated as the difference between the real one for all causes in 2020 and 2021, and the reference one. This indicator makes it possible to calculate in a highly objective way the victims that have caused pandemics or other types of unexpected and extreme events.

“Normally, the difference between excess deaths and deaths from COVID-19 has two explanations,” observes Ariel Karlinsky, one of the leaders of the investigation. The first, he explains, is the capacity of each country to carry out diagnostic tests and to count the cases and deaths from the new disease. The second is malicious intent. “The higher the ratio between excess deaths [por cualquier causa] and those caused by covid-19, the malice seems more and more evident ”, Karlinsky slides.

Most of the strictly controlled media have largely closed ranks with the official version and numbers of the Ministry of Health. But all government figures related to the pandemic have been taken with a grain of salt since shortly after declaring itself. And even the authorities themselves have been relatively open and sincere about it, as long as the observation was not accompanied by criticism of their management.

In 2020, without going any further, a member of the national coronavirus committee, Mohammad El Nadi, acknowledged in a popular television program that the real number of infections in Egypt could be up to ten times higher than the official one, and assured that the authorities were being cautious and that their estimate might even fall short. Currently, the most recent data indicate that almost 395,000 people have been infected in the country and 22,000 have died.

A member of the Doctors Union, on condition of anonymity, points out in an office at the organization’s headquarters that the low official figures are mainly due to two reasons, in line with what Karlinsky pointed out. On the one hand, to the limited capacity that the country initially had to carry out tests. And on the other, to its strict accounting policy, especially when the tests have begun to be more accessible. In this sense, the positives registered outside the central laboratories of the Ministry are not officially considered or included in public statistics.

This form Sui generis counting has caused that, even with a large underestimation of the absolute number of deaths attributable to the pandemic, Egypt also has one of the highest death rates from coronavirus in the world: that of Egypt until December was 5.7%, plus double the global rate, which stands at over 2%, which leaves this country, according to statistics from Johns Hopkins University, as the seventh with the highest in the world, mainly the result of its statistical aberration. At some points in the pandemic, such as in the summer of 2020, the Egyptian media Mada Masr documented a mortality in this North African country of 8%, while the world was around 1.8%.

The source of the Doctors’ Union, a member of its board of directors until this fall, explains that, although doctors can observe that a person admitted has symptoms of the coronavirus, in the event of death they cannot record it as the cause of death if not have been able to perform a test before. For this reason, other causes of death such as cardiac arrest or organ failure may appear on the death certificate.

But when asked about the reason for the pronounced increase in victims, the same source, who has been at the forefront of the fight against the pandemic, leaves no room for doubt. “I think the reason is very clear and very easy,” he notes. “What happened that started last year [y que haya continuado] So far what could be the cause of this rise? ”he asks rhetorically. “It seems there is no other reason than one.”

Future Planet contacted the Egyptian Ministry of Health spokesperson Khaled Megahed directly and requested an interview with an official of this body through the country’s Press Center, but has not received a response as of this article’s publication date.